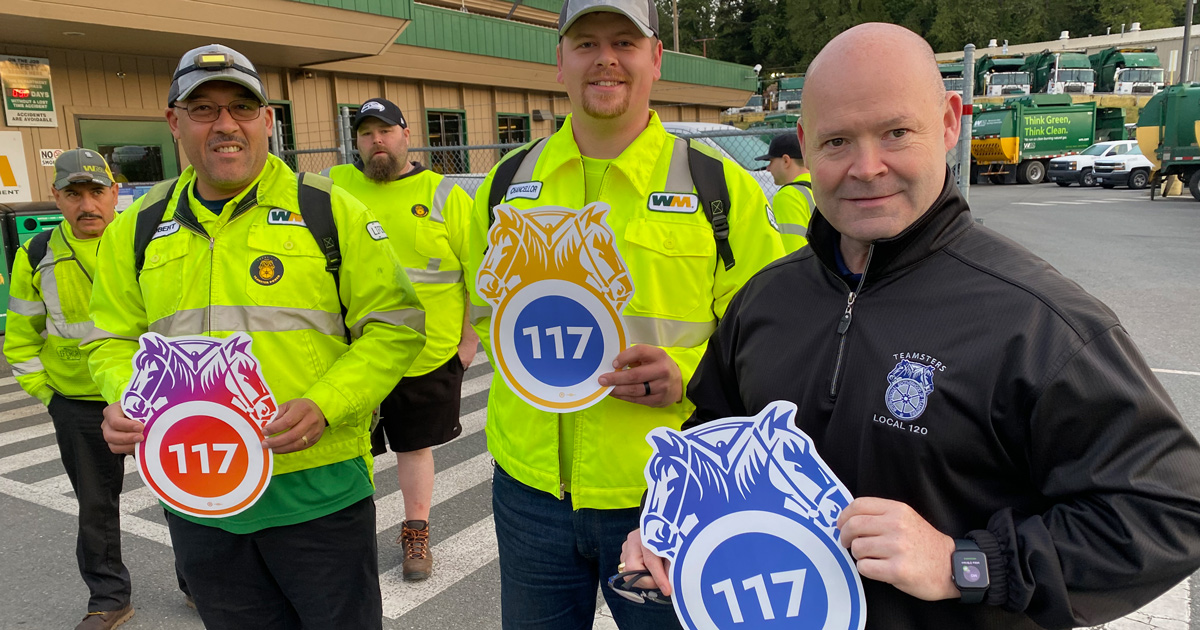 When Sean O'Brien, the new General President of the Teamsters Union, showed up for a 5 a.m. visit at Waste Management's North Sound depot, the crew was ready.

With Teamster Power stickers emblazoned on their safety vests, dozens of members had come in early, some on their day off, to meet the first new Teamster leader in that position in over twenty years.

As O'Brien mingled with the members, inquiring about their families and conditions at work, Shop Steward Matt Lim penciled through a list of his co-workers.

In anticipation of last year's contract negotiations, Lim had mapped out his shop and built a team of member leaders to disseminate information. That degree of organization led to the strongest contract the group has ever achieved. With O'Brien's visit, Lim used the same system to spread the word and turn people out. 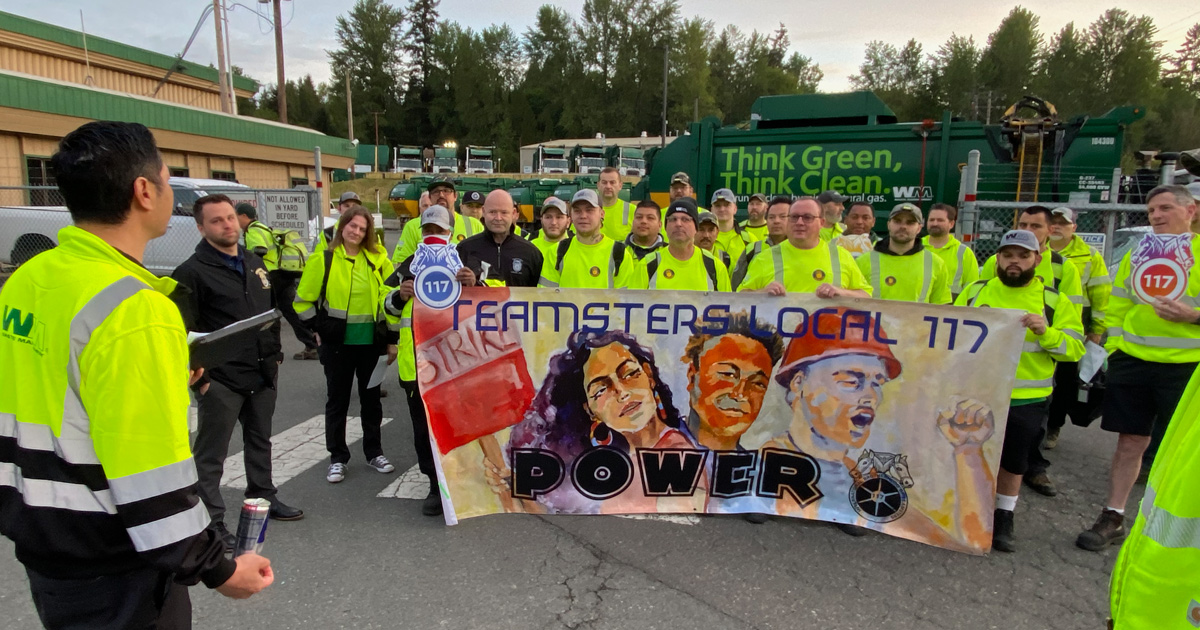 "It's a real honor for us," Lim boomed, addressing O'Brien amid the group of sanitation drivers. "We've got to organize, show unity, and be militant. You guys stepped up and we made it happen today." 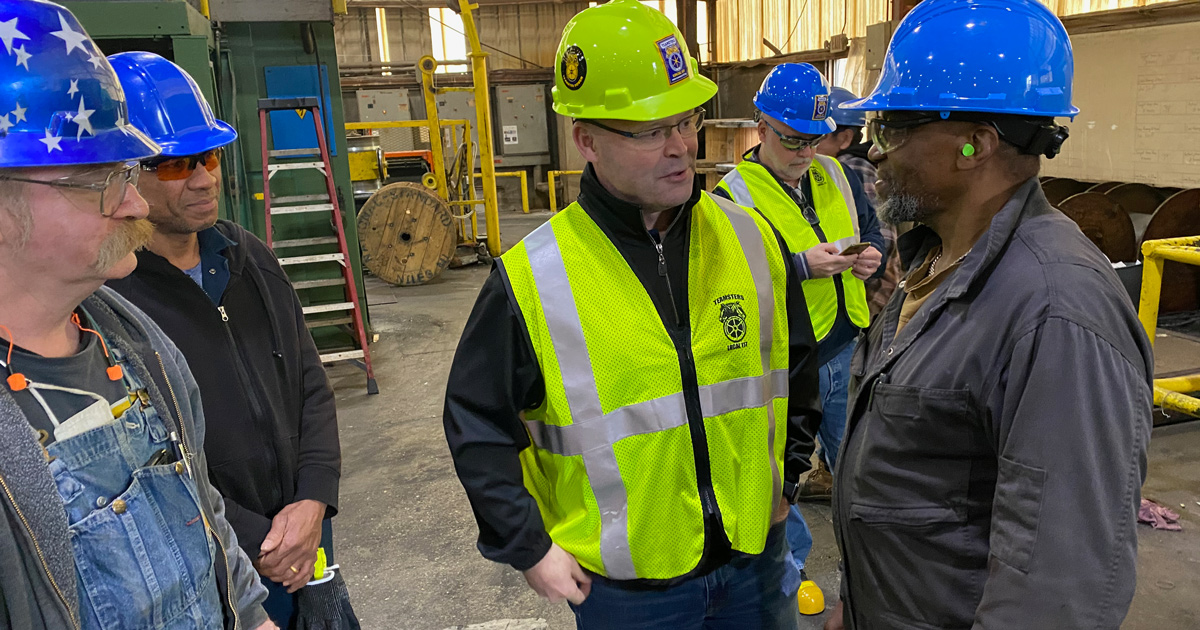 Teamsters at Davis Wire tout major improvements to their workplace since the strike in 2012.

After the waste visit, O'Brien dropped by day shift at Davis Wire, where members battled the company in a 3-month strike back in 2012. As Shop Steward Robert Bruner can attest, conditions in the plant are much safer and more humane since then.

"This new break room we got thanks to the Union," Bruner said.

"I love everything about being a Teamster," the 25-year member added. "The benefits, the guaranteed wage, the hours - I see other people have fallen on hard times but as a Teamster in a Teamster shop, I'm guaranteed."

Over at the Union Hall, President O'Brien hooked up with the 22-member Department of Corrections negotiations team and shared his vision for the Union.

"Our administration is focused on getting out to the membership, listening to what the issues are, and trying to find solutions," he emphasized. O'Brien also pointed to organizing and the need to hold politicians accountable as some of his team's top priorities. 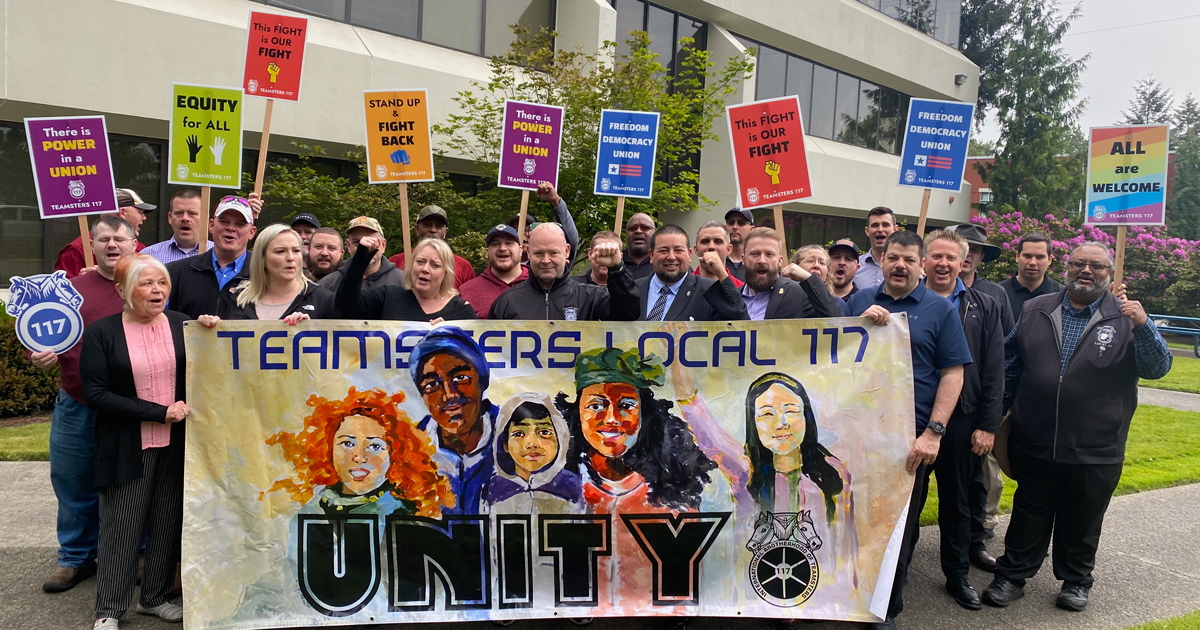 Our DOC bargaining committee readies for the first day of negotiations with the State.

After fielding questions from the DOC committee, O'Brien cruised out to visit Local 117 members at several locations including Safeway, Fred Meyer, Lineage Cold Storage, SYSCO and others.

The General President's tour was encouraged and arranged by our Union's Secretary-Treasurer John Scearcy.

"We are thrilled that President O'Brien had the opportunity today to meet members of Teamsters Local 117," Scearcy said. "Our International Union is an incredibly important resource that provides our members with training, research, strategic campaign planning, and organizing support. This new administration at the IBT has hit the ground running. We are excited to see the benefits they will bring to our membership."