As strike looms at Veritiv, members gear up for a fight

With a labor dispute looming at Veritiv, 38-year Teamster Roderick Boettger recalls a two-day strike at the company early in his career. 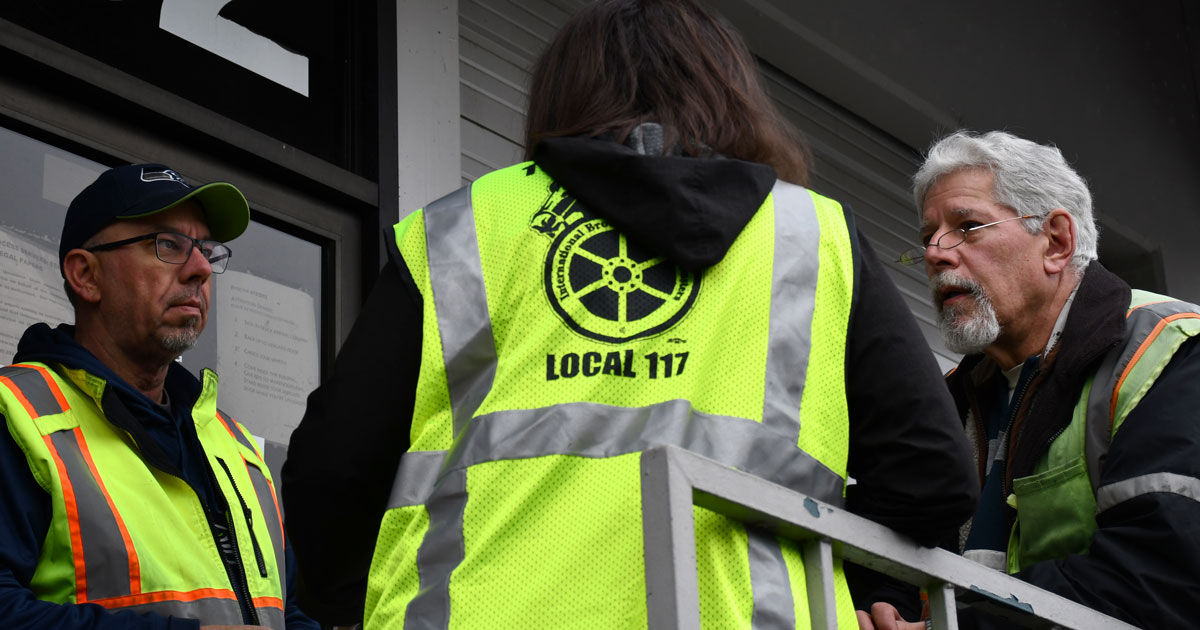 With a labor dispute looming at Veritiv, 38-year Teamster Roderick Boettger recalls a two-day strike at the company decades ago.

It was a debacle not unlike the current one, with the company dragging its feet in negotiations and clinging to substandard proposals. “They weren’t giving us what we wanted, so we went on strike,” Boettger said.

The strike was short-lived, but the impact on the company was profound. Boetteger remembers the chaos in the shop when his crew returned to work.

“The warehouse was really messed up,” he said. “Forklifts were stuck in the air and stuff was scattered all over the place. It was complete disorder.”

Evidently, the company has not learned its lesson. This time around, they've slow-walked negotiations for eight months and appear to be trying to provoke a strike yet again.

Todd Reis, a Shop Steward on our union’s negotiations committee, called out Veritiv for its hypocrisy. “They tell us how much they care, but then turn around and try to take everything away that we’ve worked hard to keep,” he said.

Reis, Boettger and their co-workers are fed up. The group of warehouse workers and drivers represented by Teamsters 117 and 174 respectively voted unanimously to authorize a strike back in December.

Earlier this month, our two Locals issued a 10-day notice that we would be terminating our contracts with the company.

"We’ll get an idea of how seriously they’re going to take us soon."

Shop Steward Robert Morrison, also on our union’s negotiations team, says the group is disgusted. “We’re ready to go right now. We’ll get an idea of how seriously they’re going to take us soon.”

John Scearcy, Local 117 Secretary-Treasurer, reiterated this point. “Our members are amped up and ready to strike,” he said. “Veritiv needs to return to negotiations and bargain a fair contract in good faith that respects our members and their families.”

The next negotiations session on April 30 will be telling: Will Veritiv come with reasonable proposals or will they continue to balk at decent treatment of their employees? If it's the latter, they'd better be ready for a fight.