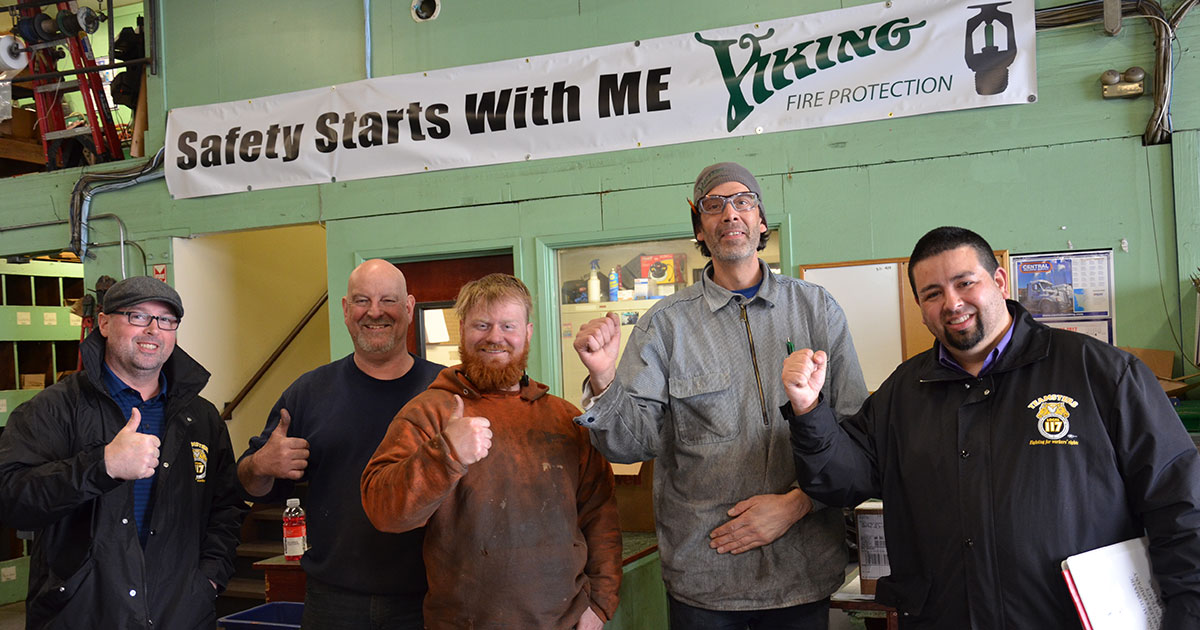 The agreement, which was negotiated by our Union's Secretary-Treasurer, John Scearcy, provides wage and pension increases, and significant improvements to the employees' dental coverage.

"We're really happy with this contract, it's probably the best we've had," said Tim Smith, a member of over 20 years. "John worked his tail off getting us a good contract."

"We're really happy with this contract, it's probably the best we've had."

Our Shop Steward, Douglas Trotter, who participated in negotiations, agreed:

"I'm feeling really good about this contract. It's always a pleasure to have John Scearcy come in and facilitate the negotiations. I feel honored to have had him on board with this one."

Trotter has been with the company for 14 years, and has been a Shop Steward for nine.

Another member, Steven Martin, who came to Viking from a non-Union shop just eight months ago, was also pleased. "This whole Teamster Union thing is new to me. You get way better benefits, better medical. Overall everything is much better."