While voters in other parts of the country are facing excruciatingly long lines and a host of other challenges, this year's presidential election in King County has gone off so far without a hitch.

That's due in part because residents of the county have voted by mail for over a decade. Systems are in place to handle the enormous volumes we're seeing this year, with over a million ballots returned so far.

The other X-factor, of course, is that elections in King County are administered by Teamsters.

One of them, Shop Steward Robin Blake, commandeers a table in an airy gymnasium at Bellevue Community College that's been transformed into an off-site vote center. Behind plexiglas and wearing a mask that reads "Vote!" she's assisting community members as they line up with their questions. 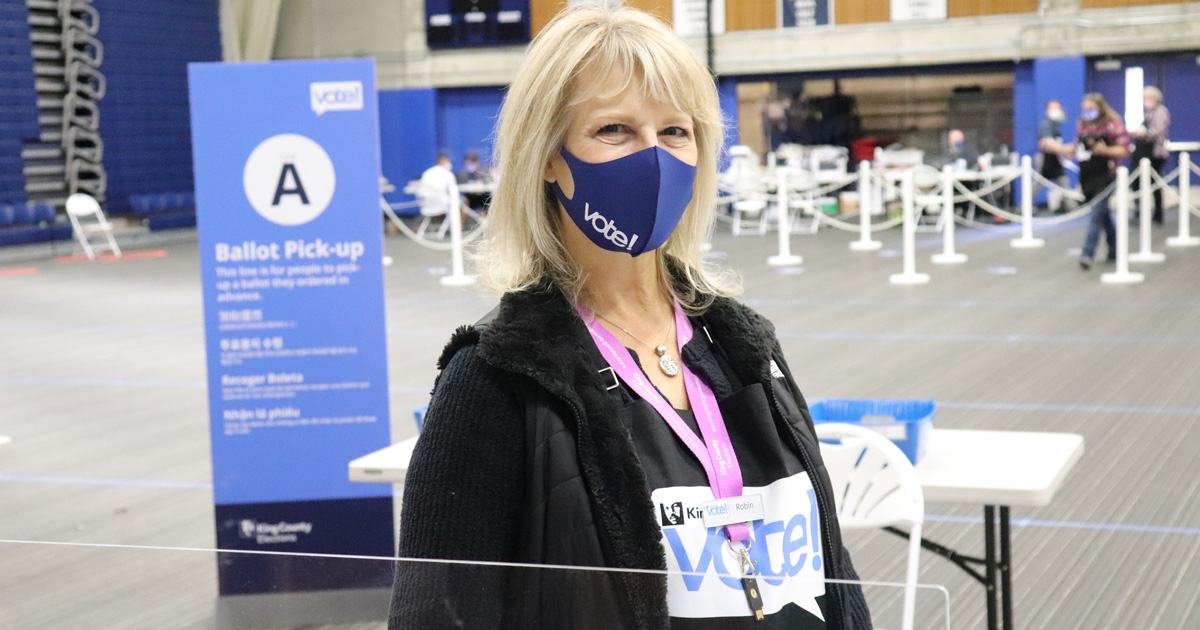 Teamster Robin Blake has helped make voting easy and accessible to the residents of King County since 2007.

After verifying the identity of one voter, she hands him a replacement ballot, then directs the next person in line to the voter registration table. 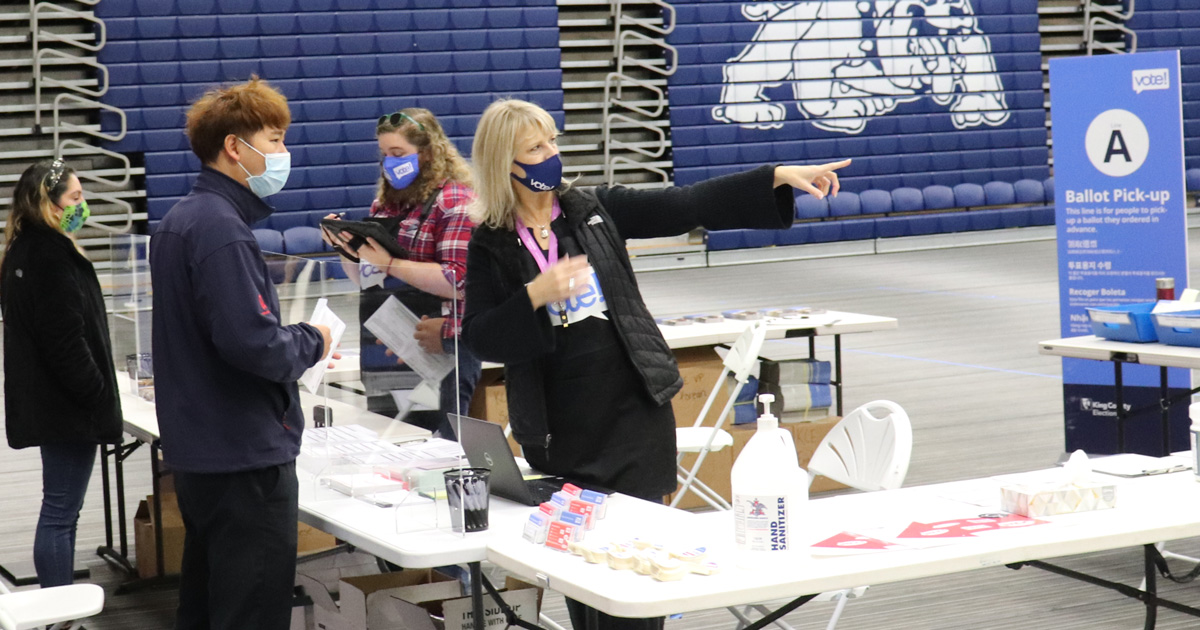 Blake and her co-workers troubleshoot a variety of issues from the need for replacement ballots to signature resolution.

Hundreds visited the Bellevue location on Saturday, its first day of operation. Robin expects another thousand voters will need assistance on Election Day. Due to the pandemic, spacious vote centers like the one in Bellevue have been set up around the county, at CenturyLink Field, the Showare Center, and pop-up tents at the King County Elections headquarters in Renton. 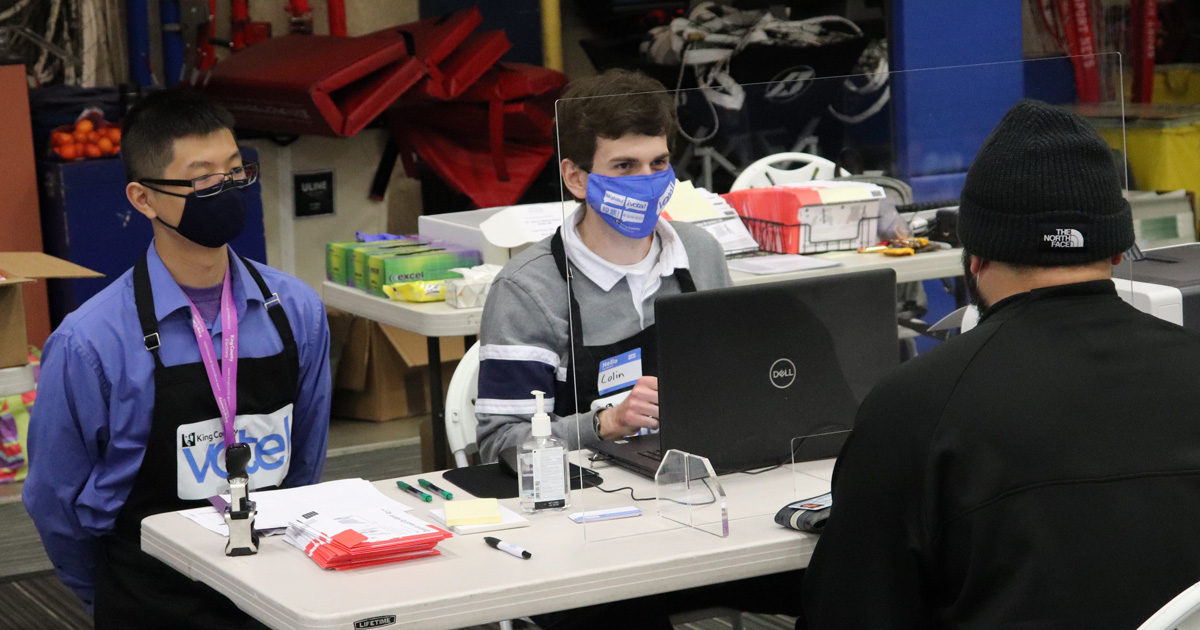 During the pandemic, masks are a must for election workers and there's always plenty of hand sanitizer.

Teamsters at the centers are equipped to help people with language barriers and a number of special needs.

"This work is vitally important to our community," Robin says. "Not just the presidential race but all of the local races are at stake. Our goal is to reach 90% voter turnout this year, and I think we'll hit it." 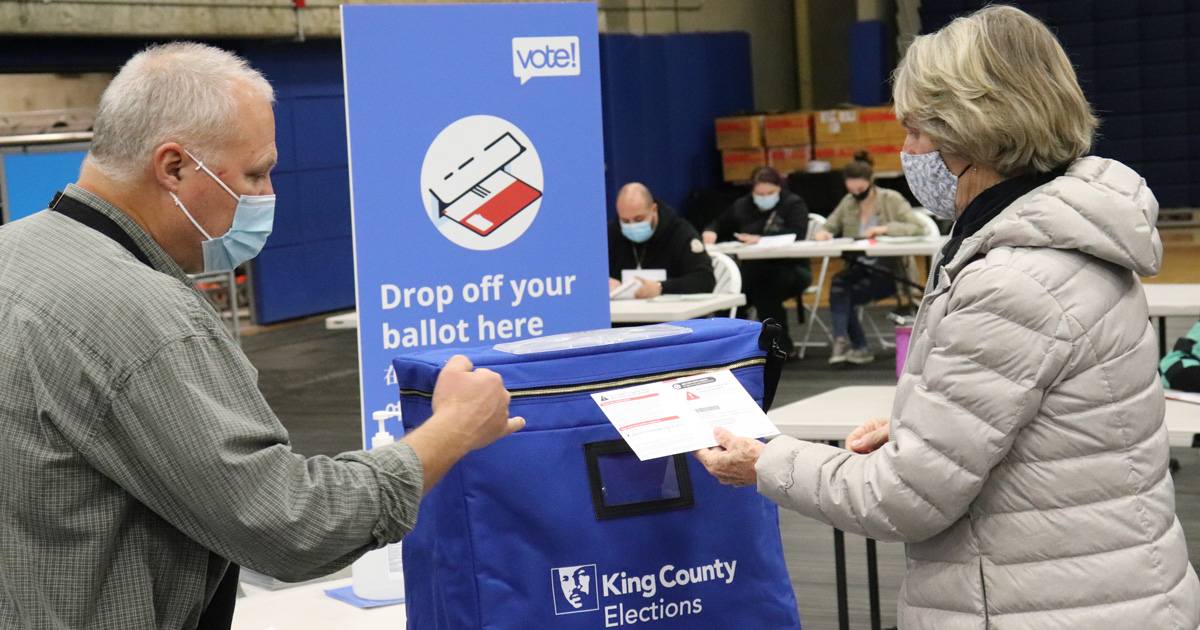 Dropping off your ballot at a King County vote center is easy. But don't wait too long - Election Day is tomorrow!