Local 117 Member at IKEA Gives Back Through Youth Basketball

When Local 117 member Mario Sapilak first started taking his daughter to the rec basketball court, he never imagined it would lead to an opportunity to coach a youth basketball team.
September 20, 2016 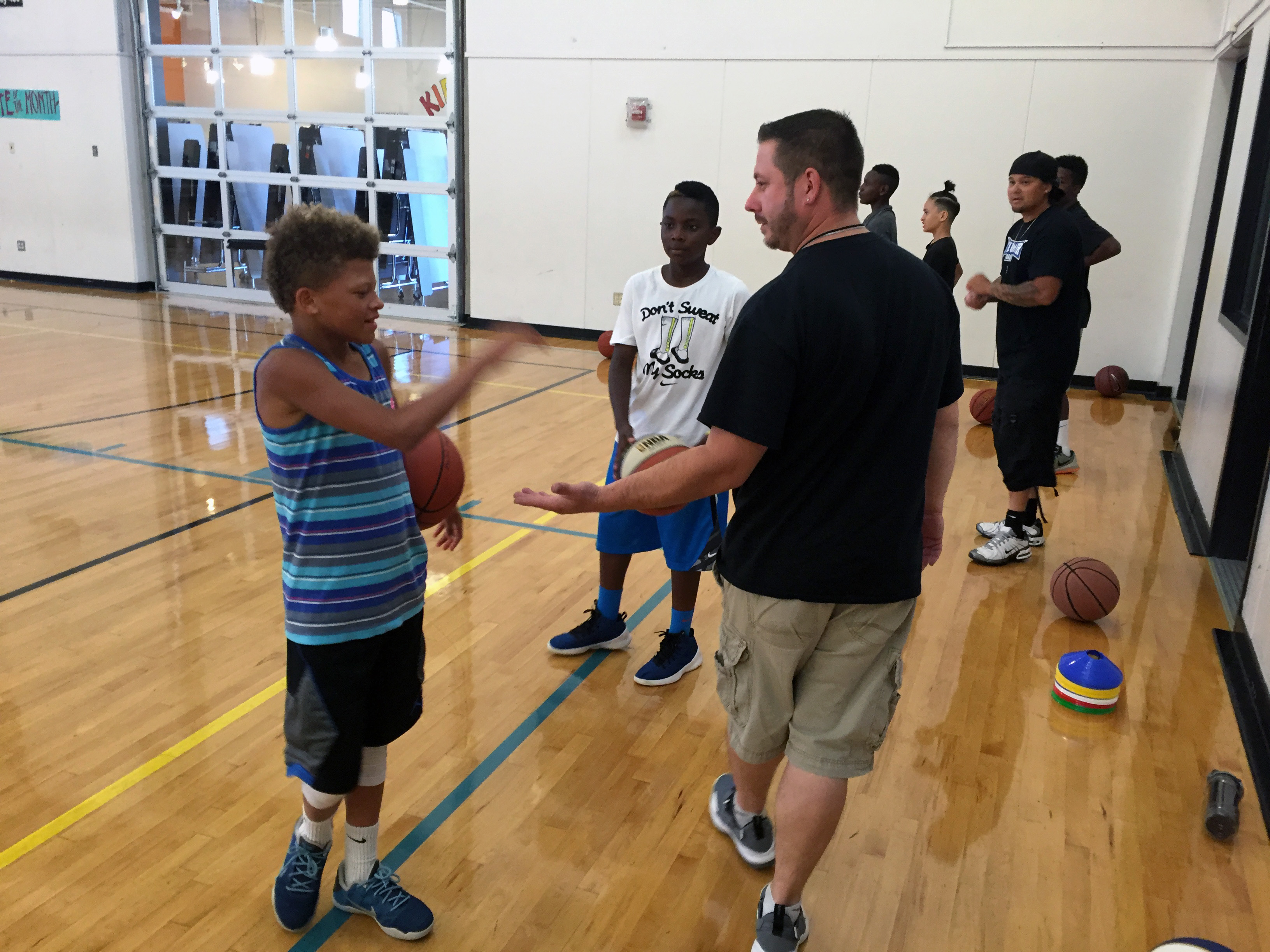 Local 117 member Mario Sapilak gives congratulates one of the players on his youth basketball team.

When Local 117 member Mario Sapilak first started taking his daughter to the rec basketball court, he never imagined it would lead to an opportunity to coach a youth basketball team.

Coach Jones asked Mario to coach a sixth grade boy’s team. Mario grew up playing basketball throughout high school. Now he mentors a group of ten six graders, including his own son.

The program also has an educational component. During the school year, they offer free tutoring to students. They also connect current players with alumni of the program through a mentorship program. The alumni talk about their lives and the role sports played in their development.

Mario is an internal-hauler at IKEA and six-year member of Teamsters Local 117. Mario is also deeply committed to his family. He has a daughter in fifth grade and a son in sixth grade. Recently he and Coach Jones have been looking for sponsors to host their own tournament.

Mario approached Local 117 Secretary-Treasurer John Scearcy and told him about his work with the program. John took his request to the Executive Board and the Board was able to approve a Community Sponsorship for Mario’s team from the union.

The program tries to develop the kids beyond basketball. Mario treats his team like a family. He teaches them to treat other players and parents with dignity and respect.

“It’s different than most clubs you go to. This is a family atmosphere. We all get along, we all talk, we tailgate between games. It’s a lot of fun. It’s a great program,” Mario says.

Mario is a perfect example of how a Teamster gives back to the community in more ways than one. Thank you, Mario, for the great work you do.

Sign in with or
Don't have an account? Click here to create one.
Please check your e-mail for a link to activate your account.
No recent activity
Local 117 member at #IKEA gives back to his community by coaching youth basketball. #1u
Local 117 Member at IKEA Gives Back Through Youth Basketball
TEAMSTERS POWER