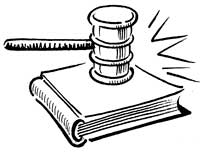 Your Union’s legal department, with the help of outside counsel, has filed a lawsuit in King County Superior Court alleging that the Department of Corrections violated State law by failing to permit Teamster 117 members who work a double shift to exercise their contractual right to forgo unpaid meal periods during their second shift.

In doing so, the complaint argues, the State “deprived Local 117’s members of thirty minutes’ worth of compensation” as well as the requisite overtime compensation for a period of three years.

Your Union is requesting that the court grant damages for lost wages.

The lawsuit, which was filed on September 12, can be viewed here.  We will keep you posted throughout the litigation process.  Check your Union’s website at www.teamsters117.org for updates.