Hertz Workers at SeaTac Get 34K in Backpay

Hertz was withholding union negotiated wage increases, but the workers fought back to receive their retroactive pay and increases for 2019 and 2020. 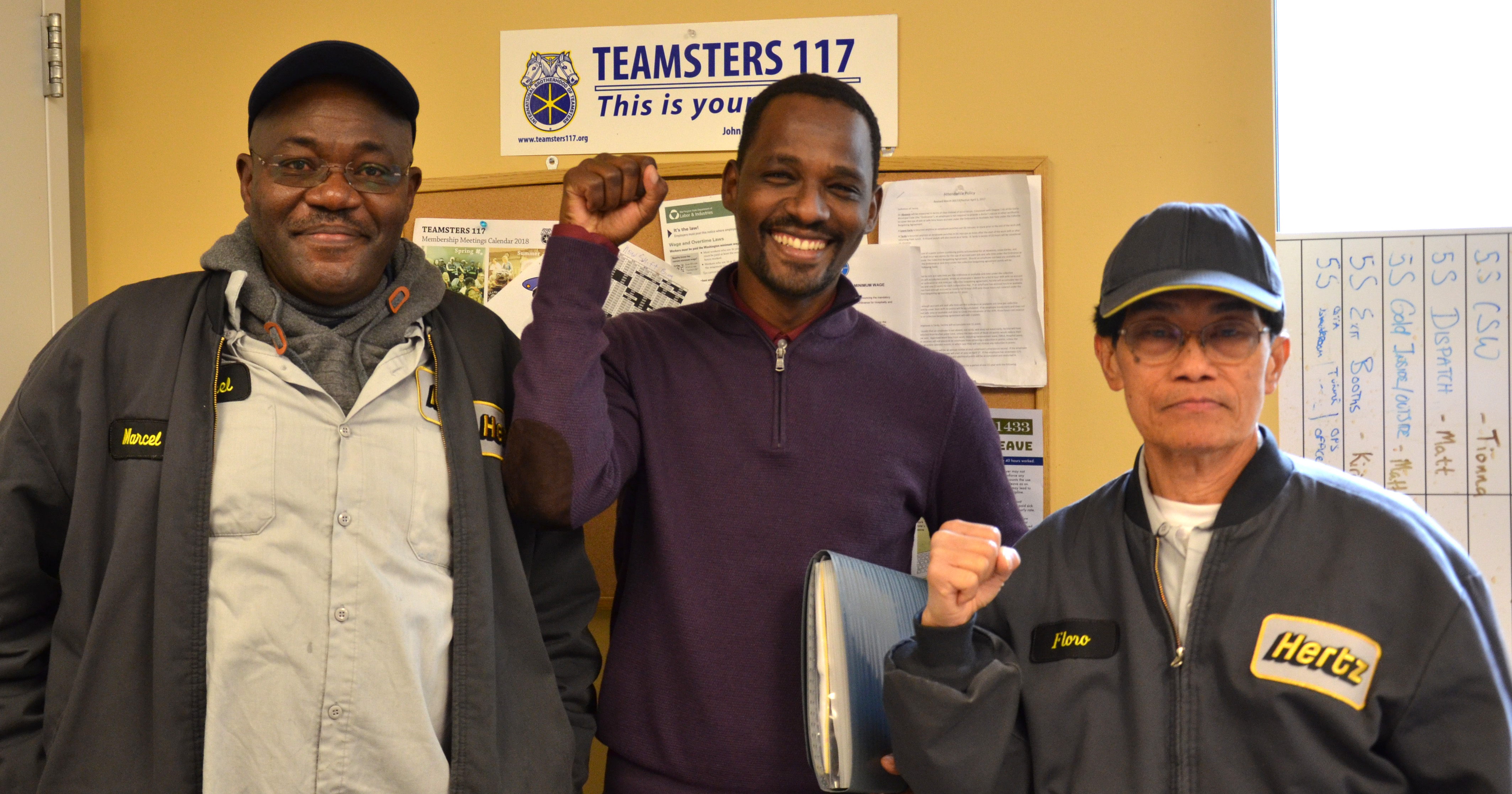 When Marcel Zanze, a trained geologist, first came to the US, he put his education on hold and rolled up his sleeves to work for Hertz at the airport rental car facility. His family needed him to provide a steady income, and he has done so for 15 years cleaning and maintaining rental cars.

“I never thought I would last here for even 5 months, but now I want my daughter to look up to me for being a hard worker who persevered through tough times,” he said. 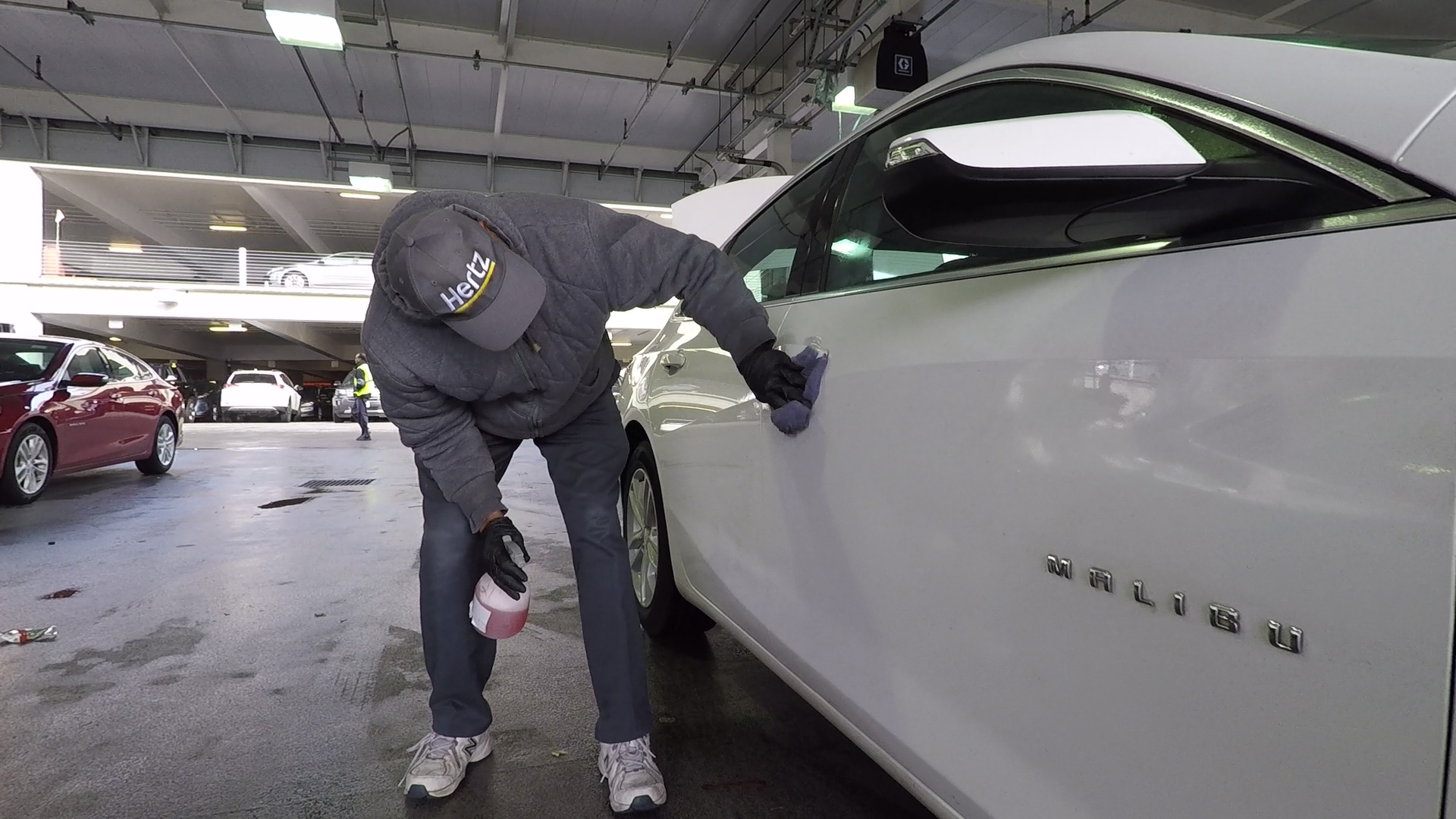 Though the job was providing a sustained living, every penny mattered.

In November 2013, Seatac became the first city to pass a $15 minimum wage ordinance that Teamsters wore out shoes knocking on doors to pass. Since then, Marcel’s wages have been slowly catching up with the new minimum wage.

In January of this year, the union-negotiated a 20 cent per hour increase which was set to kick in, but when Marcel looked at his paycheck, he saw none of that. 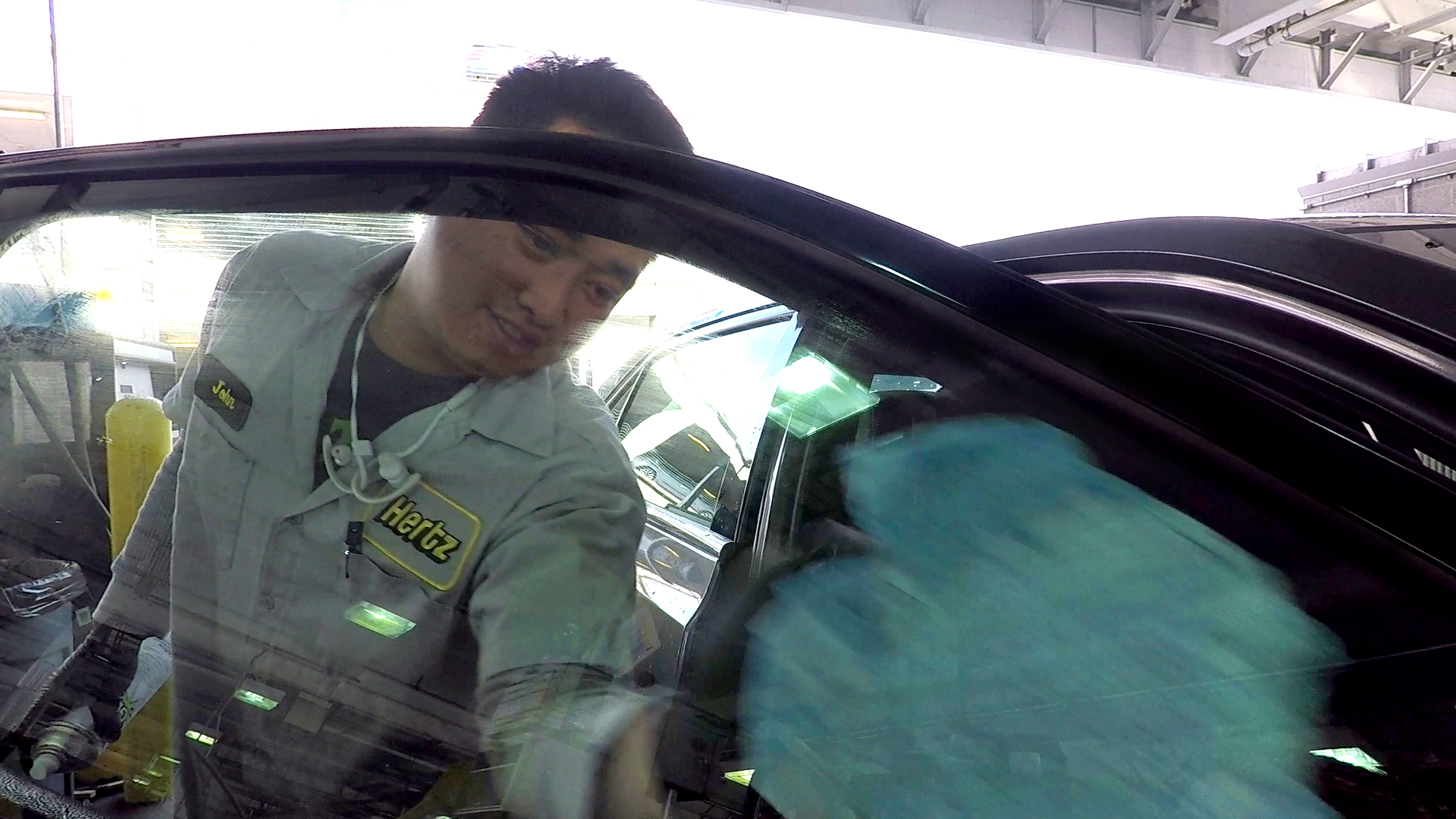 With Hertz withholding his wage increase, Marcel’s team spoke out with the help of their union rep, Takele Gobena.

At first, the Company tried to deny the validity of their request, but they were forced to reach out to their contract negotiator who had already retired in another state. The negotiator, however, only confirmed Marcel’s claim. 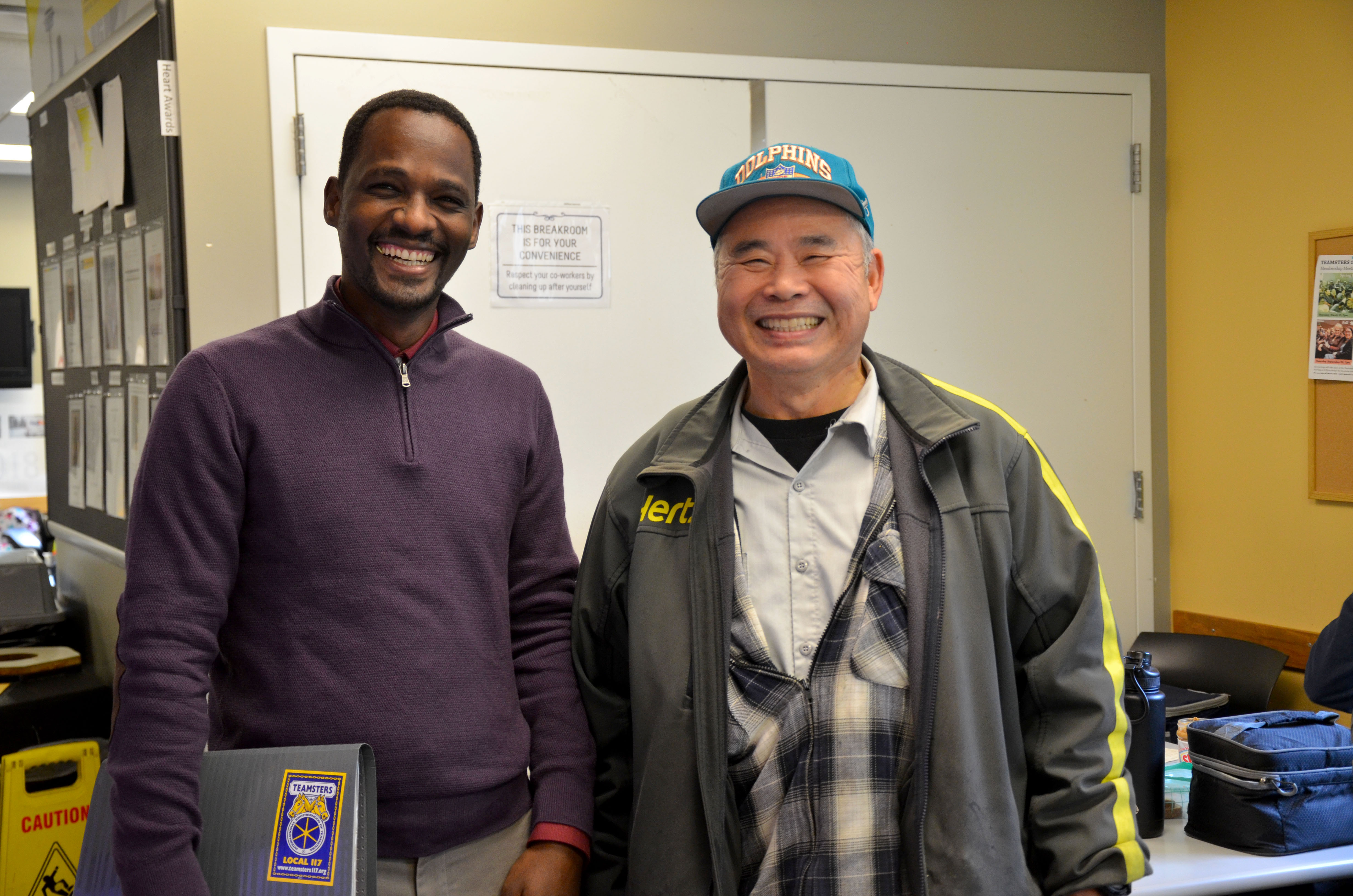 “The only time I skipped work was during the snowstorm of ’08,” said George Gapasin, Marcel’s co-worker of 15 years. “I work hard and put money aside to visit my family in Japan. This payout will put me one step closer to this goal.”

With the rise in housing prices and the cost of living, this is not the end of the fight for Marcel.

The Teamsters contract at Hertz expires in 2020, and he will be at the table negotiating to further improve his wages and working conditions. 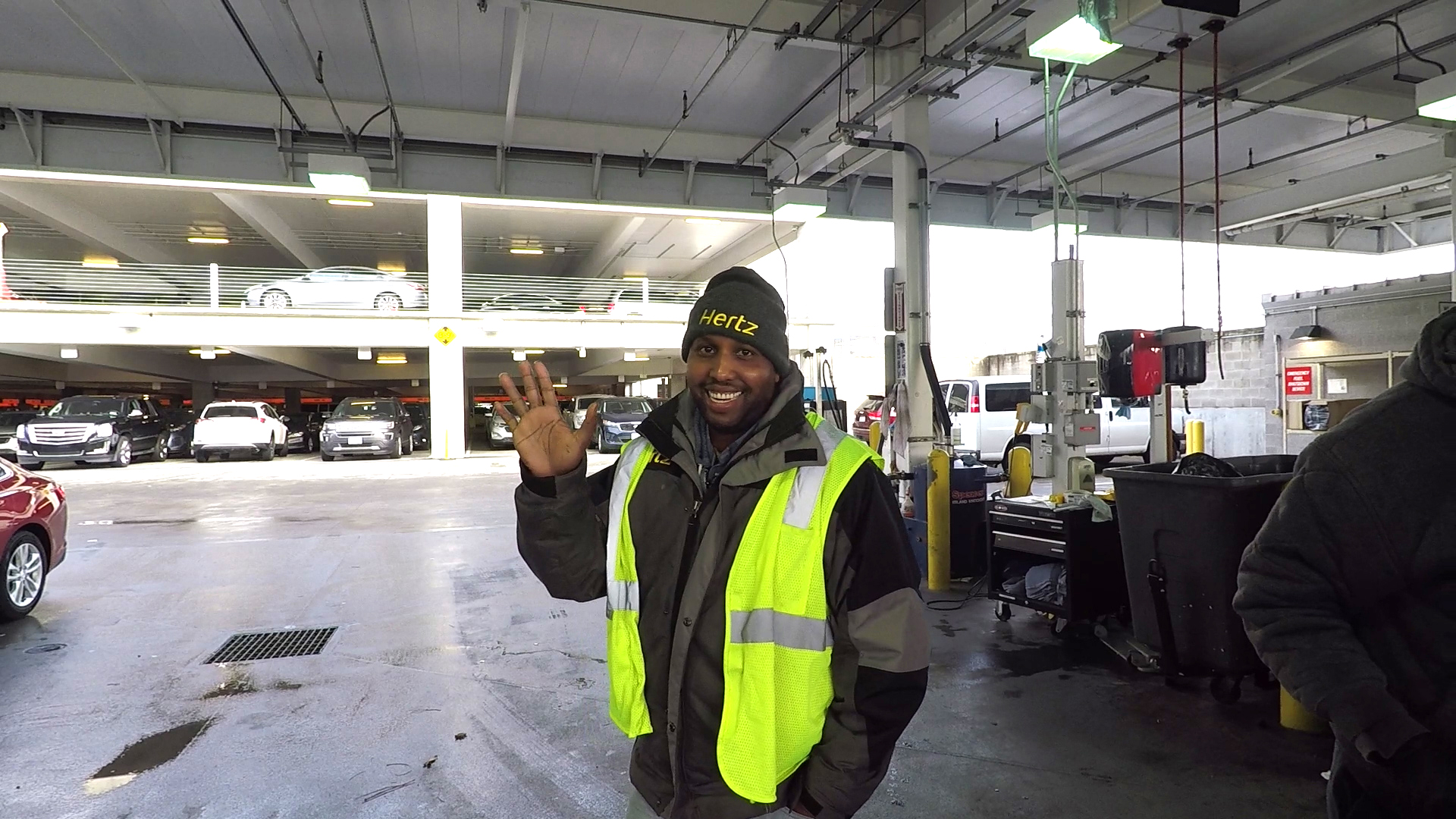