His main objective was that no one got hurt. 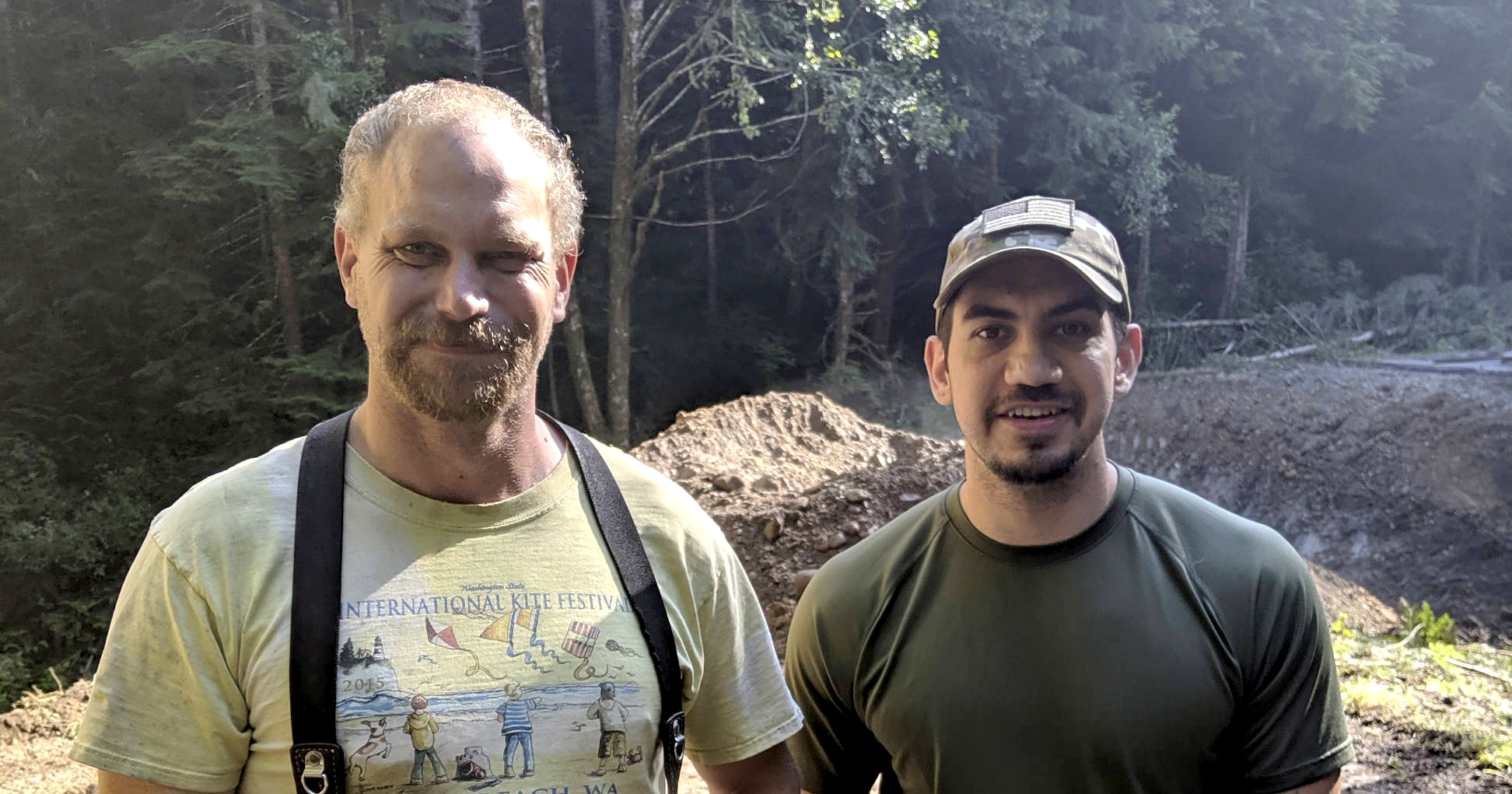 It was early Tuesday morning, and Correctional Officer William Flores was scouting along the creeks of Clearwater River two miles south of the Olympic Correctional Center searching for an inmate who had escaped the correctional facility three days ago. Inmate recovery units from Olympic, Stafford Creek, Clallam Bay and Cedar Creek Corrections Centers were deployed combing through the Olympic National forest and giving heads up to the loggers in the area.

Flores was searching for tracks in the mud near the riverbank when he saw a logger, Joel Bruch, whom he had spoken to only a few minutes earlier driving back hastily. It turned out that Bruch had just spotted an older man who matched the fugitive’s description, and Flores responded immediately.

They drove back to the spot, and soon Flores spotted their guy with a backpack across his shoulder. The inmate, Mark Vannausdle, who was serving his final years of a 20-year sentence for assault and armed robbery, stood at the bottom of a hill. He was known to be a good runner and on the day of his escape he had bolted out of a bus as he was transported to the dining hall and disappeared in the forest.

Now, Flores looked at this familiar yellow jacket and called out to the inmate identifying himself and giving him directions to stop. Instead, Vannausdle chose to sprint up the hill. Flores ran after him but when he reached the top of the hill, the inmate was already out of sight. It wasn’t long before Flores found the fugitive hiding in the nearby bushes. This time, Vannausdle listened to Flores’s instructions. Flores waited for the rest of the search team, who arrived in less than 10 minutes, and at 7:37 a.m., Mark Vannausdle was apprehended without any injuries and in good condition.

“We didn’t want anyone to get hurt, that’s our main objective,” reflected Flores.

For William Flores, who has worked at Olympics Correctional Center for almost eight years and received the Officer of the Year award two years ago, it was his first inmate recovery deployment. He is proud and content that he was able to assist in returning the inmate to the custody of the Department of Corrections.

“We are a minimum security facility, and I enjoy working there. We are working on putting people on a path to be integrated with their communities rather than being just an incarceration facility,"said Flores. Today, he is taking a well-deserved rest knowing that residents of the nearby communities will sleep free from anxiety tonight.