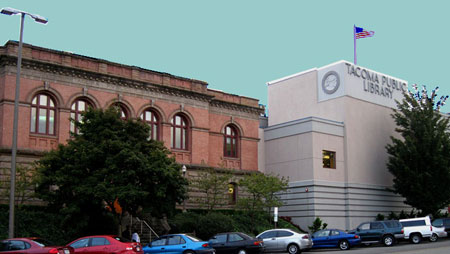 Working people are more anxious than ever about whether they will have enough money saved to enjoy a secure retirement.

With the median savings hovering around just $12,000 for people 10 years away from retirement, we all have good reason to be concerned.

Teamsters who work at the Tacoma Public Library are aware of this problem and they are taking it seriously. They want the ability to divert some of their own wages into the supplemental Teamsters pension.

It’s a smart idea and would help Tacoma librarians be more financially secure in retirement. The trouble is – the City of Tacoma is trying to block the librarians’ request. Even though several other groups at the City have the Teamsters pension in their contracts, the City doesn’t want librarians to enjoy the same right.

On behalf of Tacoma’s hardworking librarians, we urge you to email the Tacoma City Council and the Tacoma Library Board of Trustees immediately.

Tell them to provide Tacoma librarians the right to a secure retirement by allowing them to divert their own money into the Teamsters supplemental pension.

Click here to email the members of the Tacoma Library Board of Trustees: