One of the great pleasures of our recent trip to McNeil Island was visiting with Philip Howse, a senior heavy equipment mechanic who has been in state service since 1998. 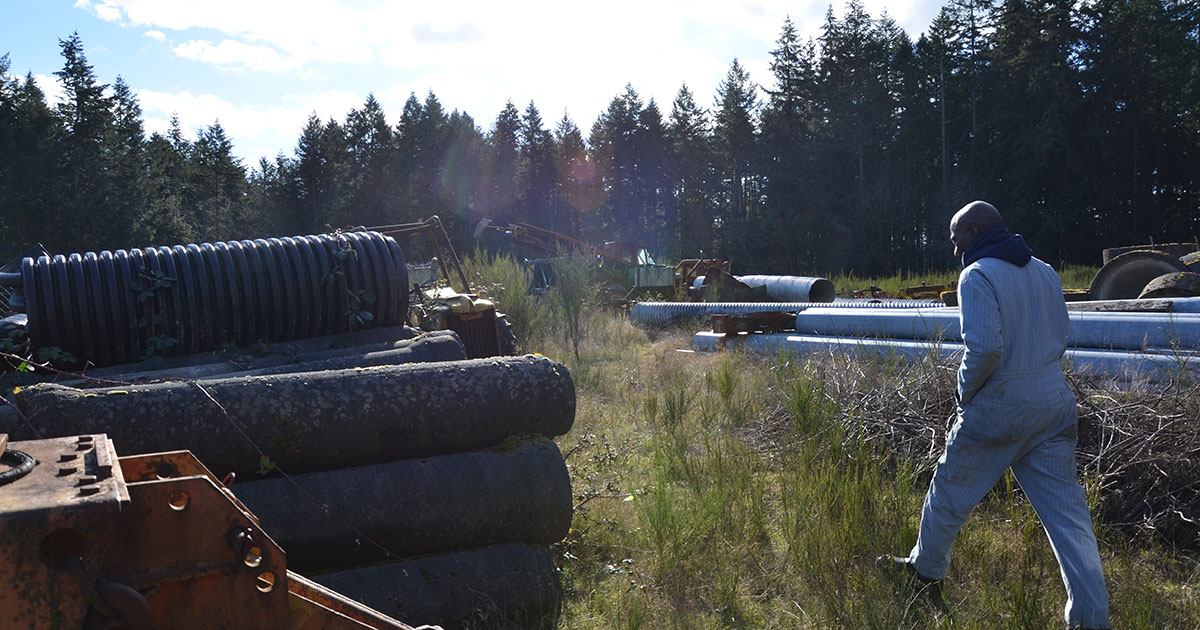 One of the great pleasures of our recent trip to McNeil Island was visiting with Teamsters 117 member Philip Howse, a senior heavy equipment mechanic who has been in state service since 1998.

Howse is a Department of Corrections employee with Correctional Industries (CI). He moved over from DSHS to DOC in 2011 when the state shuttered the prison on the island after over 135 years of operation.

Howse oversees a team of four inmates whom he mentors and trains to refurbish machinery that has been abandoned on the island.

"We're tearing that transmission apart and putting it back together," says Howse as he shows us around his shop.

Howse learned his trade while serving in the Marines, then obtained further certification in technical college after leaving the military.

All of the inmates under Howse's supervision are within two years of their release date. "It's important that they learn a skill that can help them get a job when they return to our community," he said. "Our job is to teach them that skill."

After a tour of the shop, Howse sped us around the island. He showed us the water filtration plant, the water treatment plant, and the Special Commitment Center that houses over 200 sex offenders and is operated by the Department of Social and Health Services.

For Howse, a grassy yard with abandoned machinery, is a salvage opportunity for future projects. "We'd like to repair that crane," he said, pointing to a 40-year-old rusting hulk of equipment in the yard.

Our last stop was a small cemetery where inmates at the prison were buried years ago. The graves were numbered, but the majority were missing nameplates. "It's hard to imagine," Howse said, pointing to one of the headstones. "That was somebody's father, son, or brother. They've been forgotten now."

Howse drove us back through the woods, along the muddy tracks, down to the terminal, where our new members who operate the ferries to the island ushered us on board.

See photos from our trip to McNeil Island here.

Sign in with or
Don't have an account? Click here to create one.
Please check your e-mail for a link to activate your account.
No recent activity
Heavy equipment mechanic Philip Howse is refurbishing machinery and lives
Heavy equipment mechanic Phillip Howse is refurbishing machinery and lives
TEAMSTERS POWER