You may have seen in the news that the Governor has announced he is cancelling raises and issuing mandatory furloughs for some state employees. 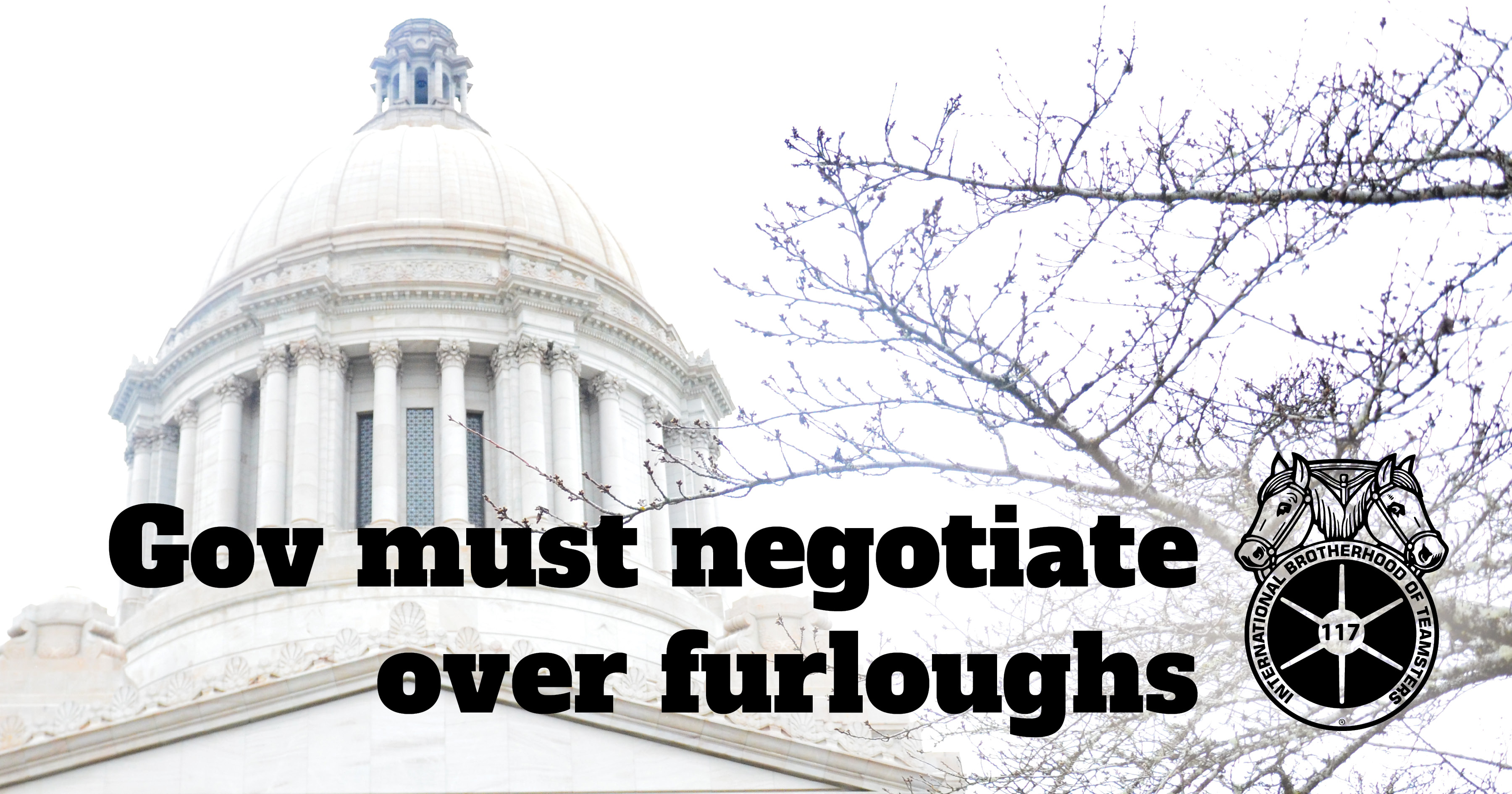 You may have seen in the news that the Governor has announced he is cancelling raises and issuing mandatory furloughs for some state employees.

As Teamsters, we have strong protections in our collective bargaining agreement and through the interest arbitration process that require the State to negotiate with us over issues related to economics. As a result, the Governor cannot furlough our members without the State first engaging us in negotiations. This is good news for members of Teamsters 117.

We were also notified that some State employees just had their raises cancelled. However, as a Teamster, you are receiving your 4% general wage increase effective July 1.

Our Union is strong, but our strength is not something that can be taken for granted.

As we head into contract negotiations, we need to stay united and committed to each other. If DOC members start to abandon their Union, you risk losing the protections you've worked so hard to secure.

You may have heard that the anti-Union "Freedom" Foundation is once again trying through a public disclosure request to obtain your personal information from the State.

They want to take advantage of the uncertainty caused by the pandemic to persuade you to "opt out" of the Union. Don't let them weaken your voice! It should come as no surprise that they're coming after your Union in the midst of contract negotiations.

During the Great Recession over a decade ago, the State attempted to unlawfully furlough members of Teamsters 117. We challenged the furloughs through the grievance and arbitration process and through the courts and ultimately won a $1.6 million dollar settlement on behalf of our members.

This victory was possible because Teamsters at the DOC were 100% committed to their Union and did not back down to the State.

Today we will wrap up the first two days of negotiations. These sessions involve important discussions related to how the Department deals with the COVID-19 crisis. We will send you a negotiations update early next week.

Sign in with or
Don't have an account? Click here to create one.
Please check your e-mail for a link to activate your account.
Governor cannot unilaterally furlough Teamsters or cut member wages
Governor cannot furlough, cut Teamster wages without negotiating
TEAMSTERS POWER