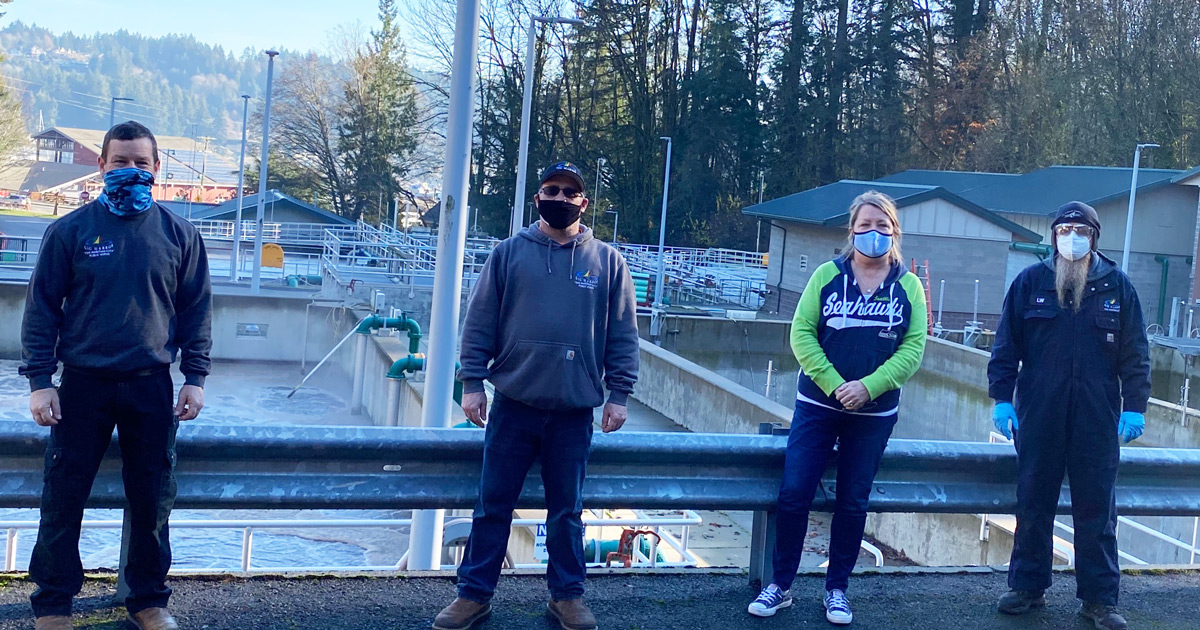 Teamsters at Gig Harbor keep our water clean, fix our roads, plow the streets after snow emergencies, and ensure the safety of the community.

Another group from the City of Gig Harbor has joined the City's police officers in securing the protections of a first-time Teamsters contract. The new members voted overwhelmingly to ratify the three-year agreement last month.

Like the police unit, the group of the wastewater treatment staff, non-commissioned police, and public works employees transitioned over to our Union from a guild structure.

Former guild president, Chuck Roy, a 12-year City employee was one of the first to advocate for making the switch. "We were spending a lot of our personal time dealing with grievances and policy changes and it became overwhelming," Roy explained. "All of the employees started talking about wanting to get some real representation to support us."

After reaching out to a couple of unions, the group voted to join Teamsters 117 last November. It was a similar path the City police had taken a little more than a year earlier.

For both groups, the impetus for joining was challenges that arose in dealing with the City's new administration. "They came at us pretty aggressively," recalls Dave Fischbach, a 24-year employee in the City's public works department. "They treated us like we should be thankful to even have a job."

Performance evaluations that had been tied to wage increases were delayed, sometimes as long as a year, which led to frustration among staff.

Thanks to an experienced Union bargaining committee, the performance pay issue was addressed in negotiations. "We were able to get the performance-based evaluations eliminated and went to a step increase scale. That was a good outcome for our group," Roy said.

Other achievements include meaningful wage increases, retro pay, healthcare protections, and recognition for longevity, all priorities the group had identified prior to negotiations.

"We're really happy with the contract and glad to be Teamsters," Fischbach said. "Most of us understand that as a guild, we wouldn't have been this successful - we just didn't have the resources."

While Roy and Fischbach acknowledged that some sought-after improvements will have to wait for future negotiations, they're both pleased with the outcome. Roy put it this way: "Knowing that we’ve got somebody supporting us, a strong Union like the Teamsters that has the knowledge and expertise in labor, is definitely a good feeling."