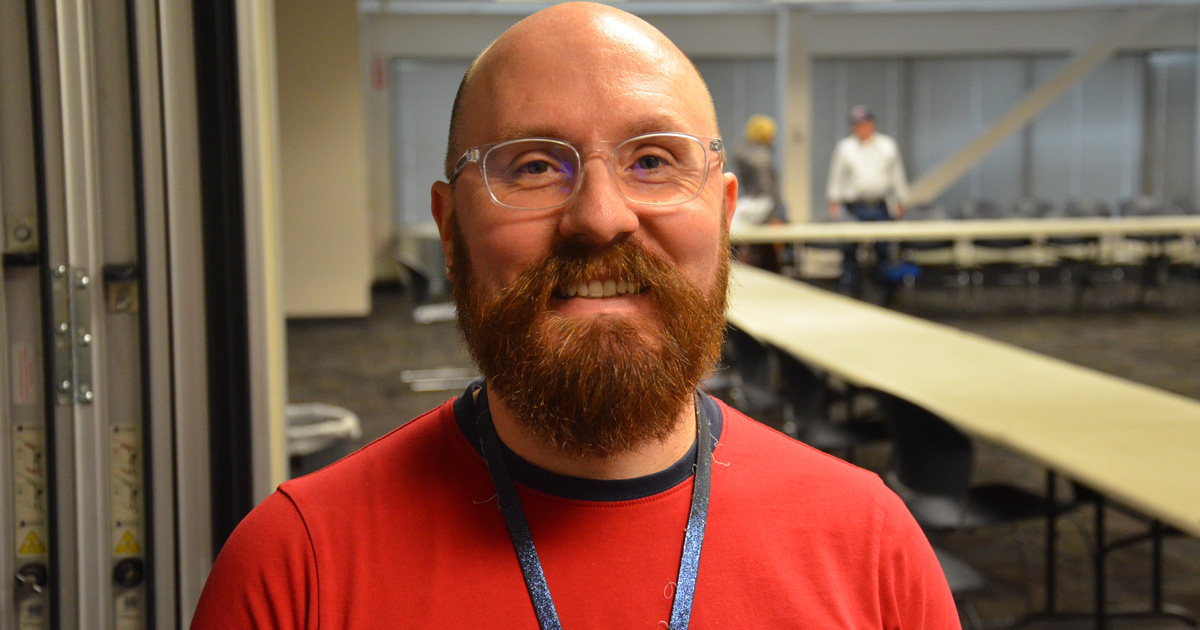 Rick Reinlasoder, a Teamster who works in the County's Water and Land Resources Division, asked tough questions in total comp negotiations on March 29.

“I was not satisfied with their response,” said Rick Reinlasoder. Reinlasoder, a Local 117 shop steward on our union bargaining team, had just finished grilling King County negotiators on why wage increases had been processed for non-represented employers but not for Coalition members.

“We’ve earned it, we deserve it, and we have a right to it, but we can’t do anything with that money for close to six months.”

"We can’t do anything with that money for close to six months."

Reinlasoder echoed the frustration of others on the bargaining team after hearing in last week’s total comp negotiations that the Master Labor Agreement (MLA) was still winding its way through the County’s legislative process and members wouldn’t see their wages increases and retro pay until June.

It is strong unions, collective bargaining, and political power that drive wage increases for all King County employees, yet non-represented employees are enjoying the bump in their paycheck that the Coalition had worked for nearly a year to negotiate. “That’s quite frustrating for the membership,” Reinlasoder said.

Reinlasoder's pointed questions came in the context of a presentation by the County’s Budget Director, Dwight Dively, on the financial health of the County. Dively reported a revenue shortfall despite the strong local economy.

The March 29 negotiations started with Coalition chairs, Michael Gonzales and Cecilia Mena, outlining our union’s initial economic proposal, which addresses the high-priority compensation elements in your contract, including wage increases for 2019 and 2020.

The next negotiations sessions are scheduled for April 19 and 26. We expect the County to present its initial proposal in those sessions. If you have questions, please talk to a bargaining committee member or your union representative.