Last week the so-called “Freedom” Foundation sent out a mailer to all DOC Teamsters trying to stop us from signing commitment cards that strengthen our union. 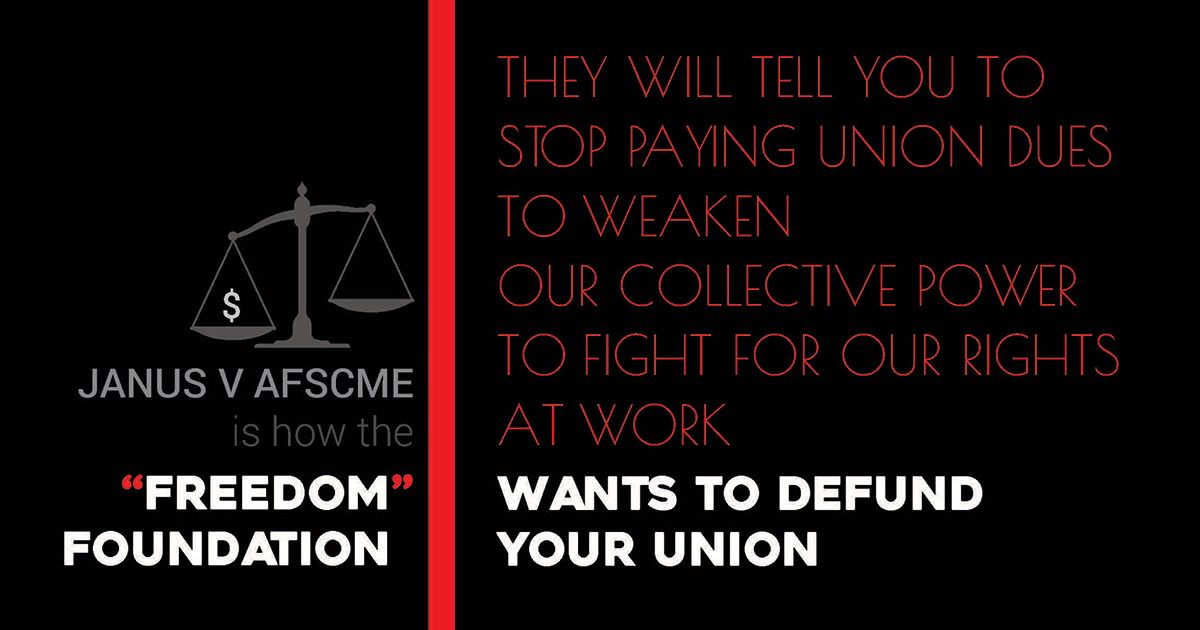 Last week the so-called “Freedom” Foundation sent out a mailer to all DOC Teamsters trying to stop us from signing commitment cards that strengthen our union.

The Freedom Foundation is an anti-union think tank funded by wealthy special interests. They want to convince us not to sign the cards so they can weaken our ability to stand together for better wages and benefits.

They’ve used lax public disclosure laws to get ahold of your personal information. Now they’re trying to divide DOC staff at a critical time - just as our union’s contract negotiations are getting started with the State. They’re using the expected ruling on the Janus court case to weaken our union.

Don’t be fooled!  The Freedom Foundation has fought AGAINST wage increases for DOC Teamsters. Their goal is to defund our union, privatize public services, and outsource public sector jobs.

With DOC contract negotiations and the Janus ruling coming up, it’s more important than ever for us to stand together, stay united, and commit to each other.

Show the “Freedom” Foundation that we will not be fooled and weakened by their tactics. Click here to sign a commitment card and protect your freedom to stand together with your co-workers for a strong union.