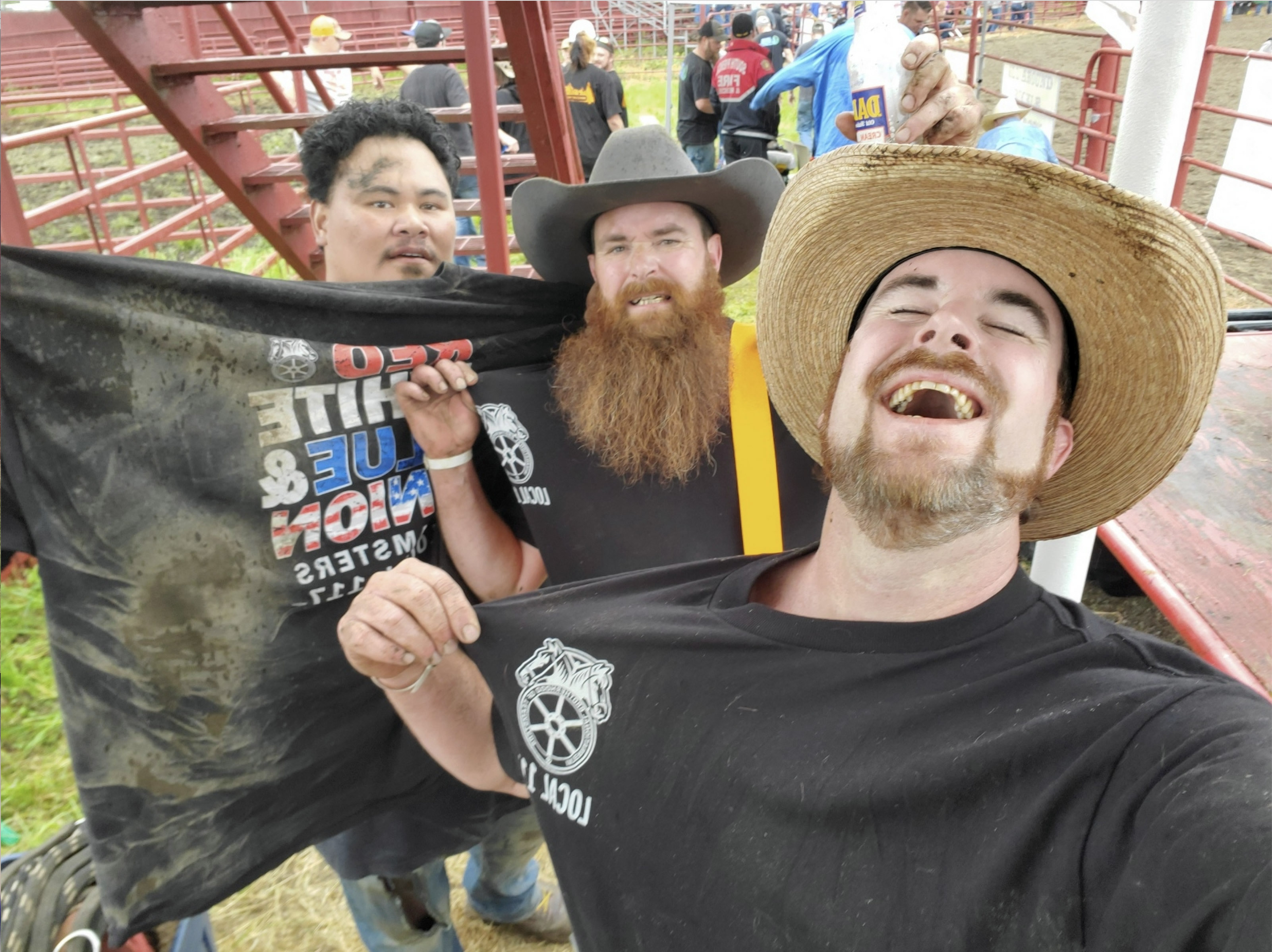 Tommy and Timothy Eidson are twins. Both are Teamsters. Both haul boxes and stock up shelves at the Fred Meyer distribution center in Puyallup. Last week, they were up to something completely different: Chasing wild cows around an arena for a drop of their milk.

Sponsored by the union and along with Gabriel Tuiavaiave, another Teamster from Fred Meyer, they formed a Teamsters Local 117 team to compete at the Roy Pioneer Rodeo where they took their competition by storm. Their friend, Ben Hawk, stepped in to help secure the win on the second day as well. After two days of wrestling at the cow milking event, they were back with a proud second place and some bruises to tell stories about. The brothers donated all of their winnings to Teamsters scholarships. 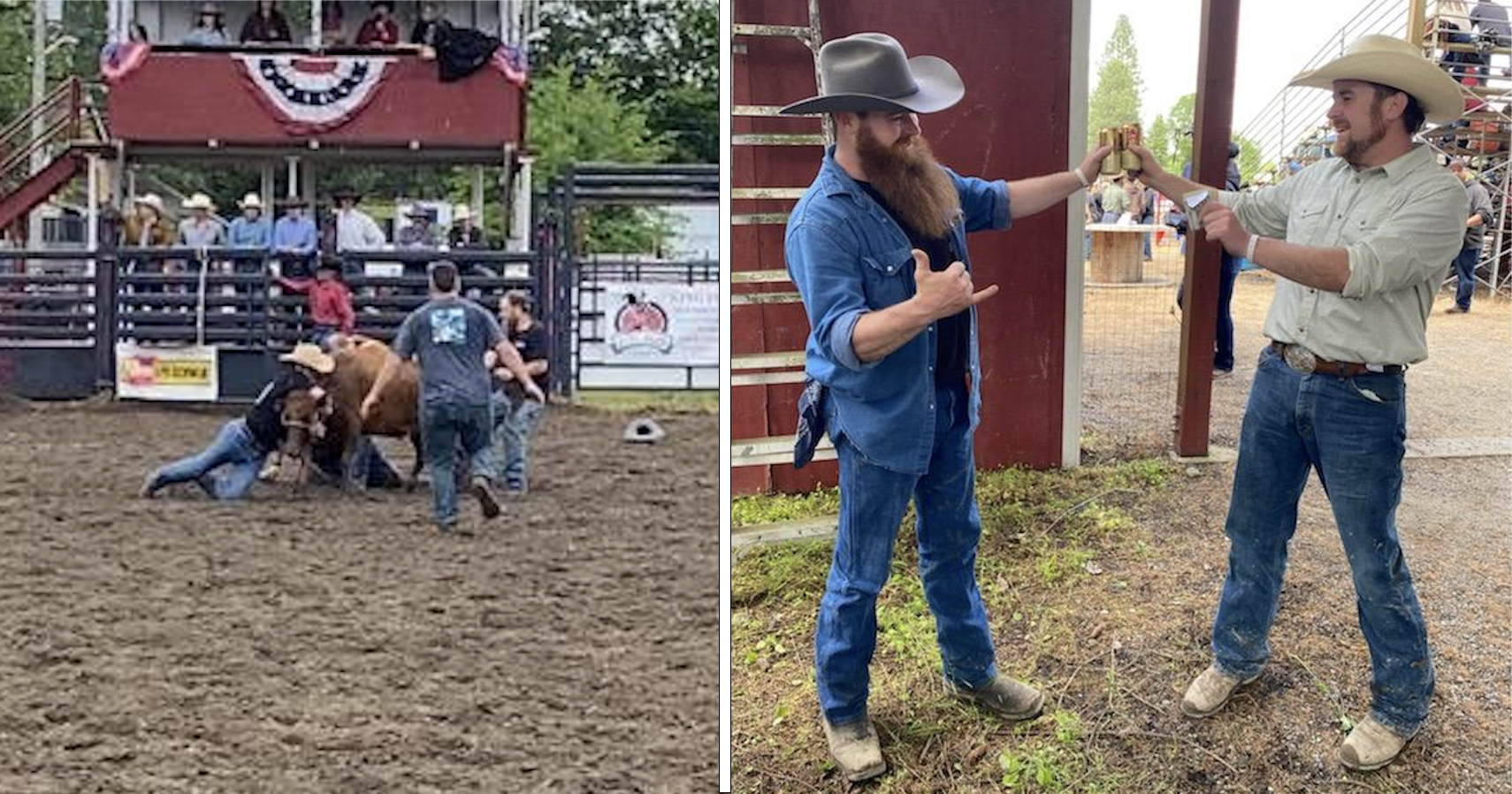 Twins, Tommy and Timothy, participated in the Cow Milking event as a tribute to their father.

“We felt proud representing Teamsters 117 at the rodeo,” shared Tommy Eidson. “Unions are part of the grassroots of America. Everyone should be able to leave politics aside and realize that.”

“Unions are part of the grassroots of America. Everyone should be able to leave politics aside and realize that.”

For Tommy and Timothy, who spent their childhood around horses and farm animals, the event also had a deeper personal connection. Their father had worked in equine, bovine, and swine health industry most of his life before tragically passing away just after Christmas. Choosing to take part in this rodeo was a tribute to their dad.

“It was my first time doing anything like that,” reflected Tommy. “Roy runs two rodeos a year, Memorial Day and Labor Day. We're already signed up for the Labor Day one and are hoping our Local is game for another sponsorship. We got our eyes on first place in September.” 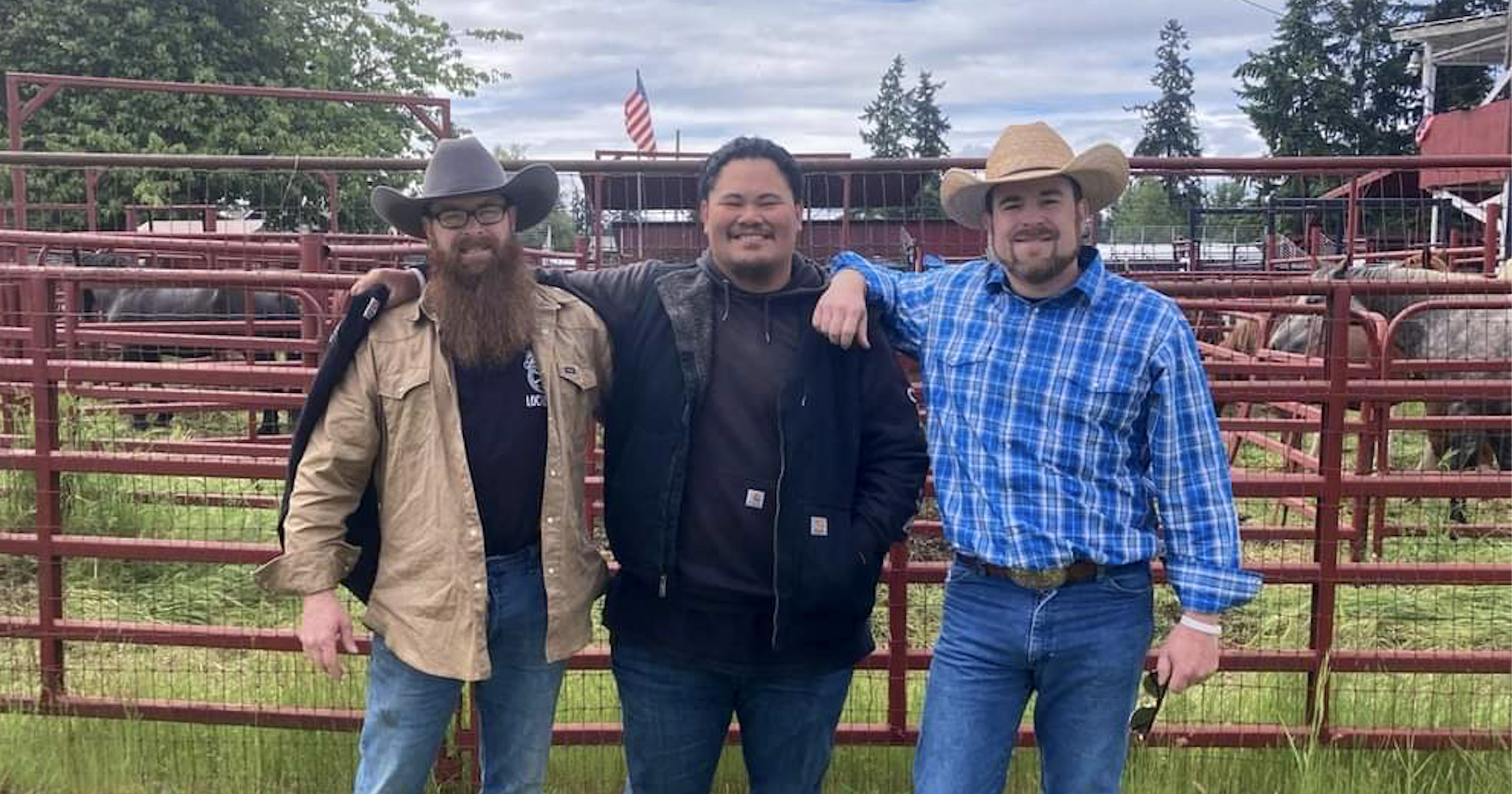