First Teamsters Contract for Captains and Lieutenants at SCORE

Captains and lieutenants at SCORE vote unanimously to pass their first ever union contract to become the newest members of Local 117 securing pay, better healthcare and retirement. 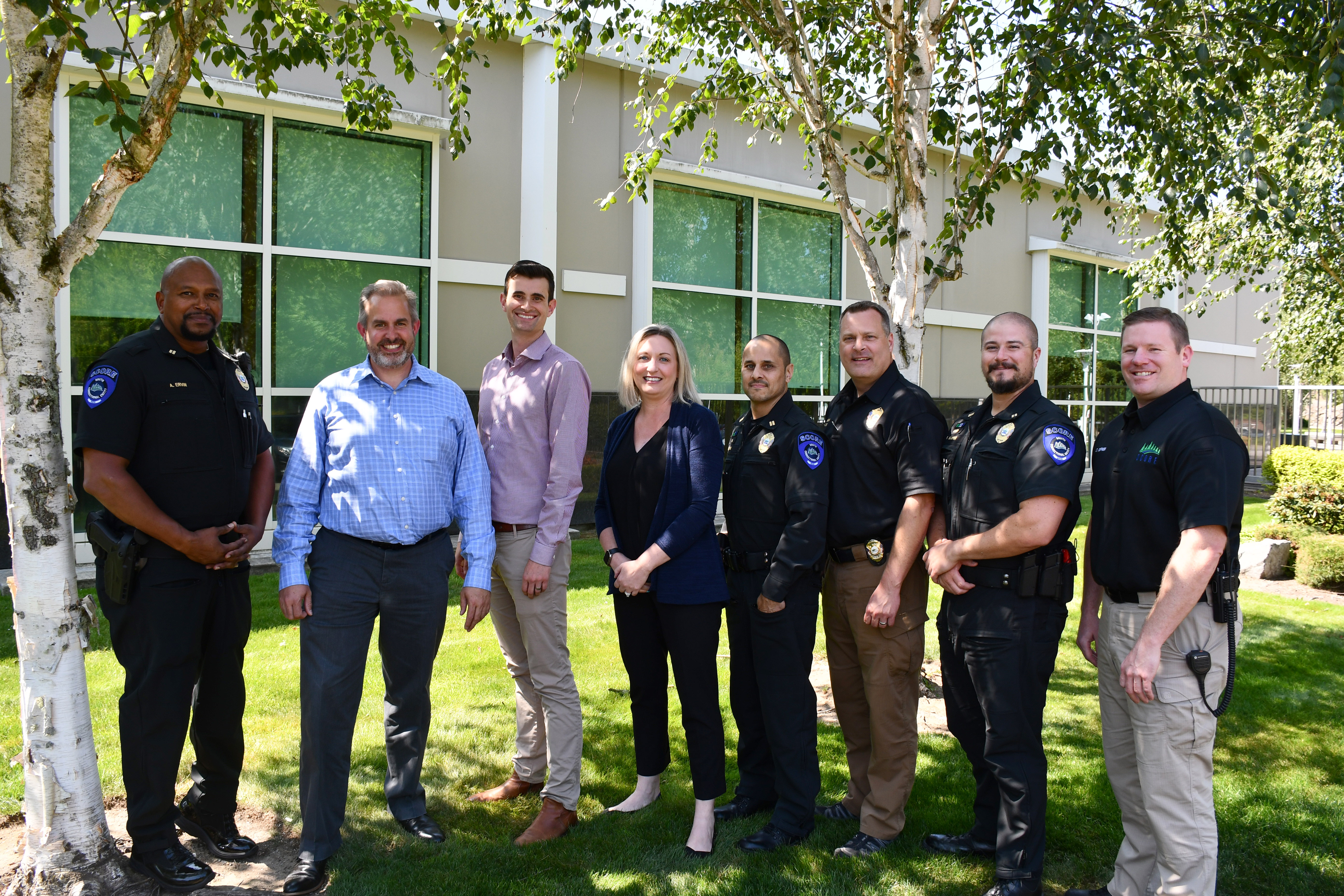 Captains and Lieutenants at SCORE who passed their first Teamsters contract unanimously are celebrating in front of the facility with President Michelle Woodrow, their rep Matthew House and attorney Eamon McCleery.

At the South Correctional Entity (SCORE) in Des Moines, WA , captains and lieutenants support other corrections staff and oversee the day-to-day activities of inmates, a job that is stressful and challenging. On Tuesday, this group got together to take a vote. On slips of blue paper, they all ticked the same box: yes. They voted for getting better health coverage at a lesser cost, for additional paid time-off, for enrolling in the Teamsters Retiree’s Welfare Trust and for a pay increase of up to 9% over two years. By doing so, they voted in their first-ever Teamsters contract, which turned them from unrepresented, at-will employees to union members secured by a collective agreement and voice.

“Today is a victory, and I’m feeling celebratory,” said Ryan Barrett, a captain and a member of the negotiating committee. 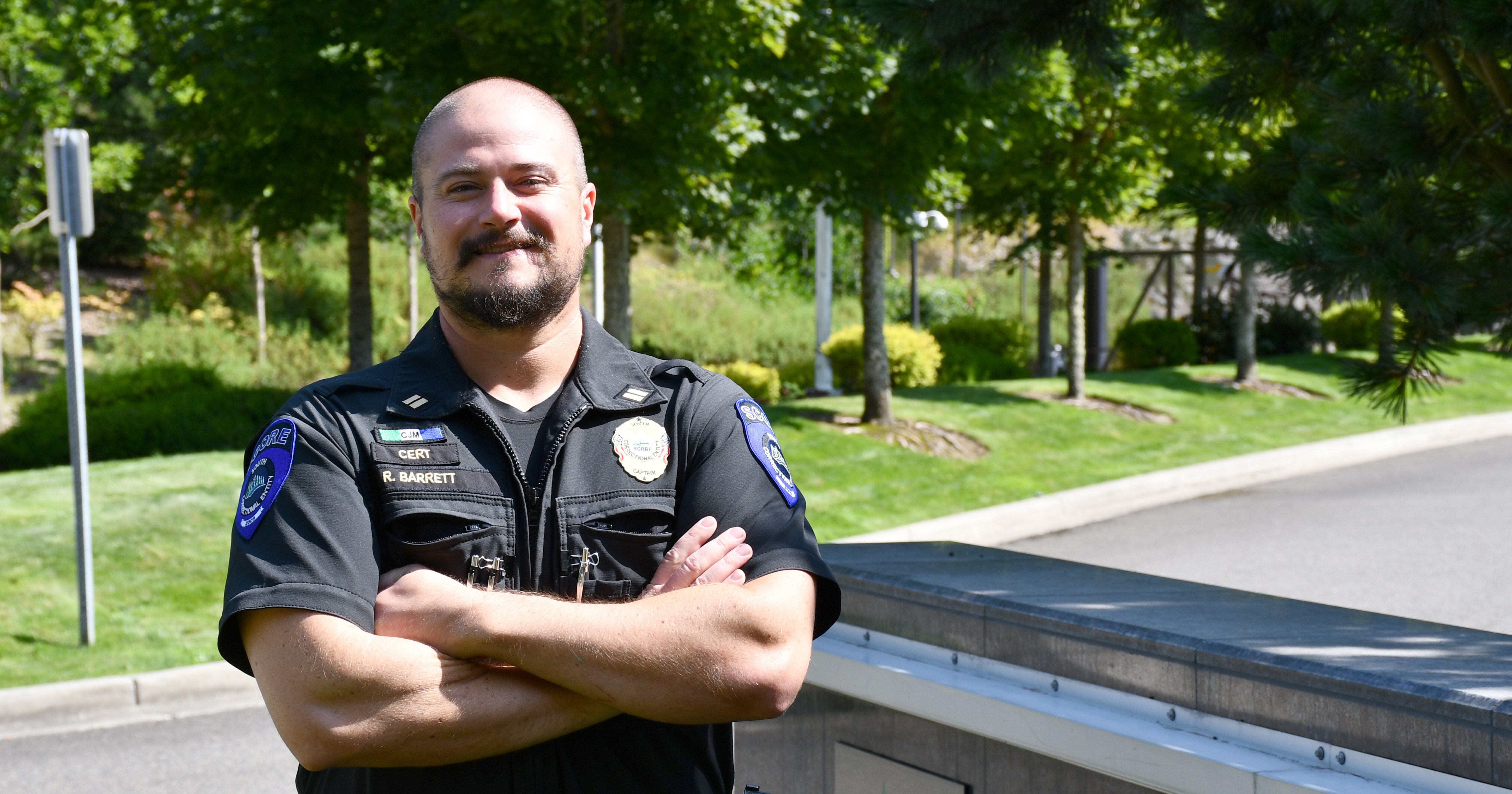 For Ryan Barrett today is a victory. He has been organizing to form a union for over three years.

It all started over three years ago when Barrett approached his co-workers with the idea of organizing to form a union. He was met with some resistance at first, but the group soon warmed up to the idea as things started to change in their organization. Forming a union was a way to ensure fairness and transparency when dealing with an employment issue or needing an answer from an attorney. 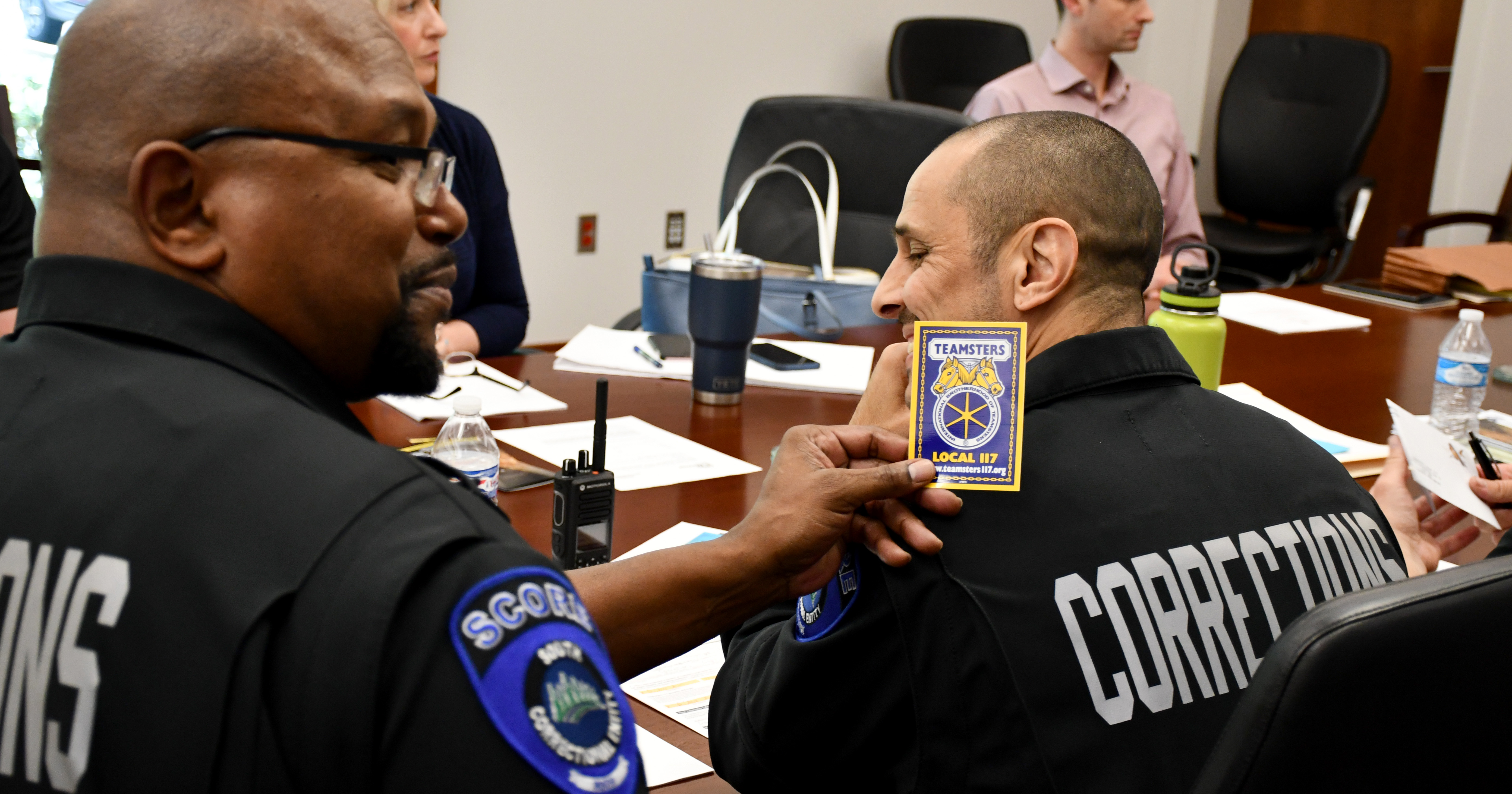 Proud new members of Local 117, they made the choice to join Teamsters after thorough research.

The group briefly considered forming their own guild, but after meeting with Michelle Woodrow, President of Teamsters Local 117, and doing some research on their own, they decided Teamsters 117 was the way to go. “We asked our partners and law enforcement agencies in the area and the feedback was nothing but positive,” Barrett explained. “We felt like we would have access to all these strengths for a very small fee. You get so much value of the union that there really are no downsides to it.”

By far, the group values as their biggest achievement the security and representation that comes with having a union. Knowing that they have Teamsters in their corner empowers them to speak up for things that they need and makes their workplace safer.