Election 2015: A Good Night for Teamsters

Election 2015: A Good Night for #Teamsters 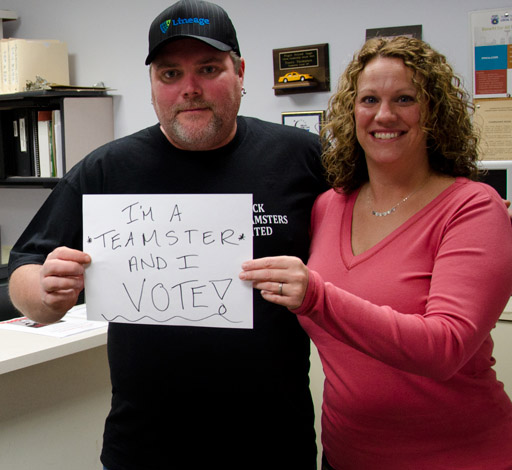 Election night 2015 is in the books, and while there are still thousands of ballots to count, there are some clear winners.

And some of the biggest winners were Teamsters who stand to benefit from having new elected officials who share our values.

There are some heartbreaks as well, as with any election, but we can be proud that Local 117 did all it could to help those candidates we supported.

Thanks to all of you for your shoe leather and your phone calls for helping put some of our endorsements over the top.

First off, our efforts in the city of Pacific proved to work, as Local 174 member from Waste Management, David Storaasli, beat his opponent and is up by about 10 points.

It’s clear our work with Teamsters and labor households in general made all the difference against a candidate who didn’t really do much voter contact.

There’s a race where labor made the difference in exposing how the incumbent sent jobs overseas to an outside offshore firm and busted Unions.

Those are a couple of the early highlights. See how the rest of our Teamster-endorsed candidates and issues fared by checking the election results on the Secretary of State's website.

Results will continue to be updated every afternoon at 4:30 PM in most counties.