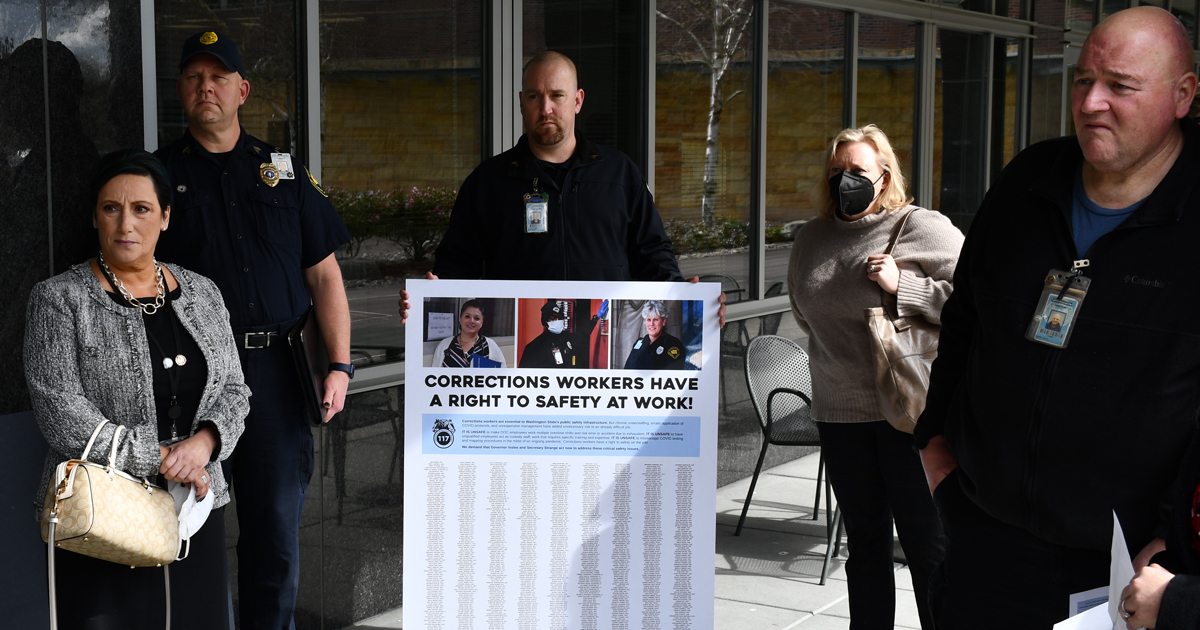 It was a powerful, sobering action. Over a dozen shop stewards, other member leaders, and Teamster staff marched into DOC headquarters in Tumwater on Wednesday to confront management. Toting a massive foam board petition with the names of 1300 of their co-workers, the group, led by Local 117 President, Michelle Woodrow, demanded the Governor and Secretary Cheryl Strange take immediate steps to improve staff safety at the DOC.

For over two years, trouble has been brewing in our state's prisons. Throughout the pandemic, Local 117 members have been forced to work an absurd, unrelenting amount of overtime, pushing them toward utter exhaustion and despair.

Sergeant James Deuel of WCC testified that he slept on a cot at the prison for months because he was too tired to drive home and fearful of infecting his family with COVID-19. Another officer, Mario Holland of MCC, fell asleep at the wheel after working 9 overtime shifts in a row. His car careened off the road and into a fence. The accident spared him and others of serious injury, but it shook him to the core.

Officer Holland was on hand to deliver the petition and for the subsequent meeting with Secretary Strange and her leadership team. He was blunt in his criticism of his employer, "You treat us like cattle," he told top DOC management. "I feel like you guys don't care. We can't keep doing this or somebody is going to get killed." 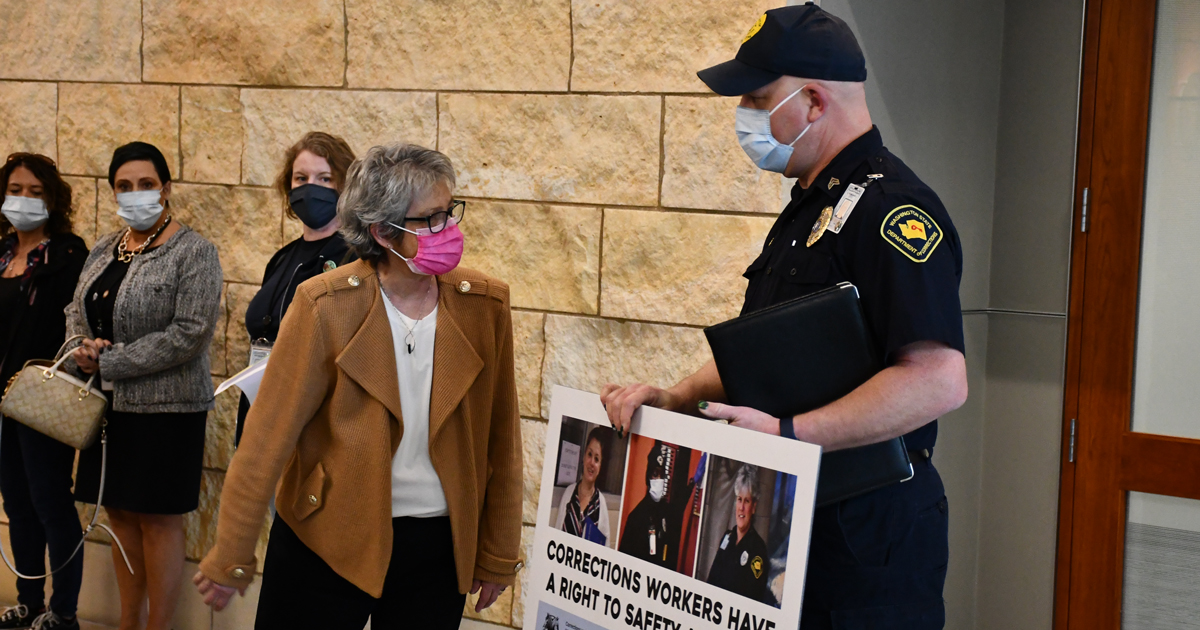 Other members told similarly harrowing stories. Brandon Jennings, an officer at WCC, described a workplace that, due to mismanagement and chronic understaffing, he likened to chaos. "Our unit is out of control," he said. "Drugs are everywhere and there's a lack of training for newer staff - they have no idea how to perform their duties."

Sergeant Jason Heuer of MCC captured the prevailing sentiment: "We don't have the staff to keep each other safe."

The staffing crisis among custody staff has had a ripple effect throughout the prison as counselors, medical staff, admin, cooks, maintenance and other classifications have struggled with acute shortages of their own.

Branwyn Mansford, a corrections specialist at SCCC, described approaching cell after cell without the aide of an officer as is required by policy. "The incarcerated individuals had been confined for weeks," she reported. "They were suffering from profound mental health issues. There were no officers with us. I was sure one of us was going to get assaulted."

For an hour and a half, members unloaded their experiences. They spoke their minds, forcefully and at times emotionally. The DOC management team seemed to listen and in part responded with gratitude. That's when our union's president, Michelle Woodrow, cut in.

"Our members have heard a lot of thanks," she said, summing up the frustration of the group. "But lip service isn't cutting it anymore. We need to see action."

How that action manifests itself remains to be seen. But, undoubtably, DOC leadership heard our union's message on Wednesday: Fix this mess, provide relief to our members, follow your own policies, listen to line staff, and act to improve safety now.

These changes can't wait or someone is going to die. 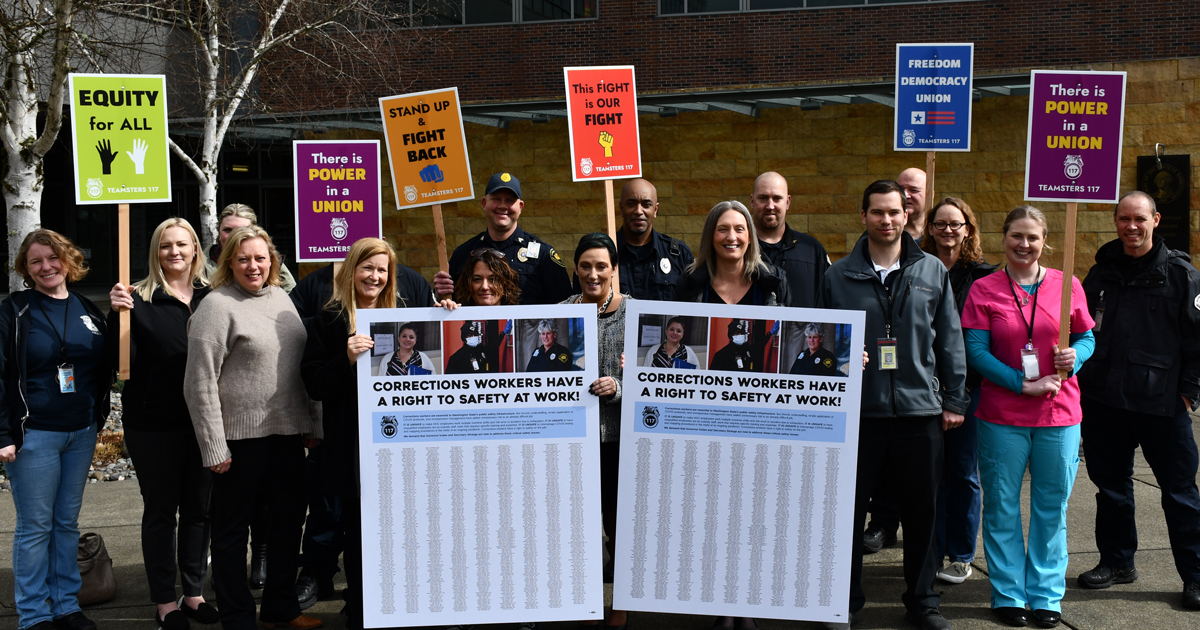 Sign in with or
Don't have an account? Click here to create one.
Please check your e-mail for a link to activate your account.
DOC Teamsters deliver safety petition to Secretary Strange demanding action
Teamsters confront DOC Secretary Strange and demand action
TEAMSTERS POWER