Posted by Paul Zilly 746sc on April 05, 2018
DOC contract meetings get underway - make sure your voice is heard 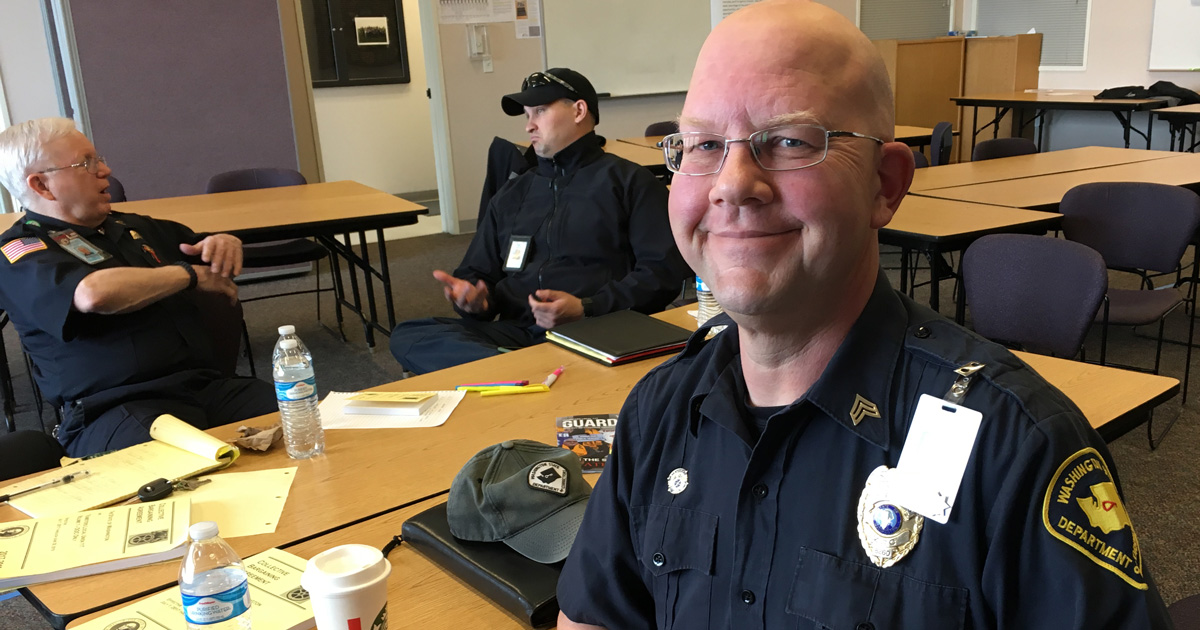 Sgt Jason Heuer, a Shop Steward at MCC, is well versed in the rights and protections that our Dept. of Corrections contract provides.

The life of a steward at the Monroe Correctional Complex (MCC) keeps you on your toes. Jason Heuer, a sergeant at the facility who joined the steward ranks in March 2017, spent the better part of his day last week defending the contractual rights of his fellow members.

He dealt with an investigation, handled a discipline case, and juggled a number of grievances. Heuer, who knows his CBA inside and out, preaches the power and value of our contract.

"There's a lot of information in there that protects our members," he said. "My job as a steward is to ensure that management is being straight and that our rights are not being violated."

Heuer showed up to a contract proposal meeting this week with a couple of suggestions for our union bargaining team as we head into negotiations with the State this spring.

Wage increases, a more solid retirement, and suggested changes to unscheduled leave reporting are all issues he brought to the fore.

"Come in and speak your voice. That's what being part of a union is all about."

Heuer was happy to hear that the leave issue in Article 23 of the DOC contract is already being addressed through a demand to bargain. He was also pleased that we achieved funding in the state budget for an audit of staffing levels at the DOC. "That's something I've been pushing for at least 10 years," he said.

On the retirement front, our union's Political Director, Dustin Lambro, is putting together a member Task Force to begin to tackle the issue. Better retirement security is a major concern for DOC Teamsters. No one in their 60s, after 35 years of service, should have to go toe-to-toe with a violent inmate.

Getting the system changed will be a heavy lift and will require member political engagement on a massive scale. If you'd like to participate on our Retirement Task Force, please contact Dustin at dustin.lambro@teamsters117.org. Union Reps are also asking for volunteers at the contract proposal meetings taking place around the state over the next two weeks.

"These meetings are absolutely critical," Heuer said. "Come in and speak your voice. That's what being part of a union is all about."