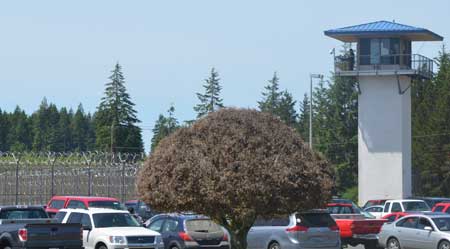 Your Union bargaining committee met again with the State for DOC contract negotiations on June 4 and 5 at the Teamsters Union hall in Tukwila.  Since negotiations began in April, your Union has met with the State a total of six times, on April 23 and 24, May 13 and 14, and June 4 and 5.  Additional bargaining is tentatively scheduled for June 25 and 26, and July 8 and 9.

On the first day of bargaining, back in April, your Union team presented its complete non-economic proposal to the State.  Our proposal was based on your feedback in contract surveys and at demands meetings.  On May 13 and 14, the State presented its initial non-economic proposal, and responded to our proposal.  In those initial sessions, we were able to make some good progress with respect to non-economic issues, and we tentatively agreed to several Articles of the contract.

On June 4 and 5, progress was slower. Your Union bargaining committee worked hard to reach a tentative agreement over non-economic issues, but the State introduced new language proposals that would adversely impact your rights as Union members with respect to the current bid system and sick leave.  The Union rejected those proposals outright.  The State needs to understand that your Union is interested in strengthening, not eroding, your contractual rights.

As bargaining progresses, we anticipate the following calendar.  Please note that the timeline below is tentative and subject to change:

Thank you to the bargaining committee for your hard work and to all DOC members for your service to our communities.  If you have any questions, please talk to your Shop Steward or your Business Representative.  Be sure to check your Union’s website at www.teamsters117.org for updates.