Darigold Teamsters Picket for Two Days in a Row 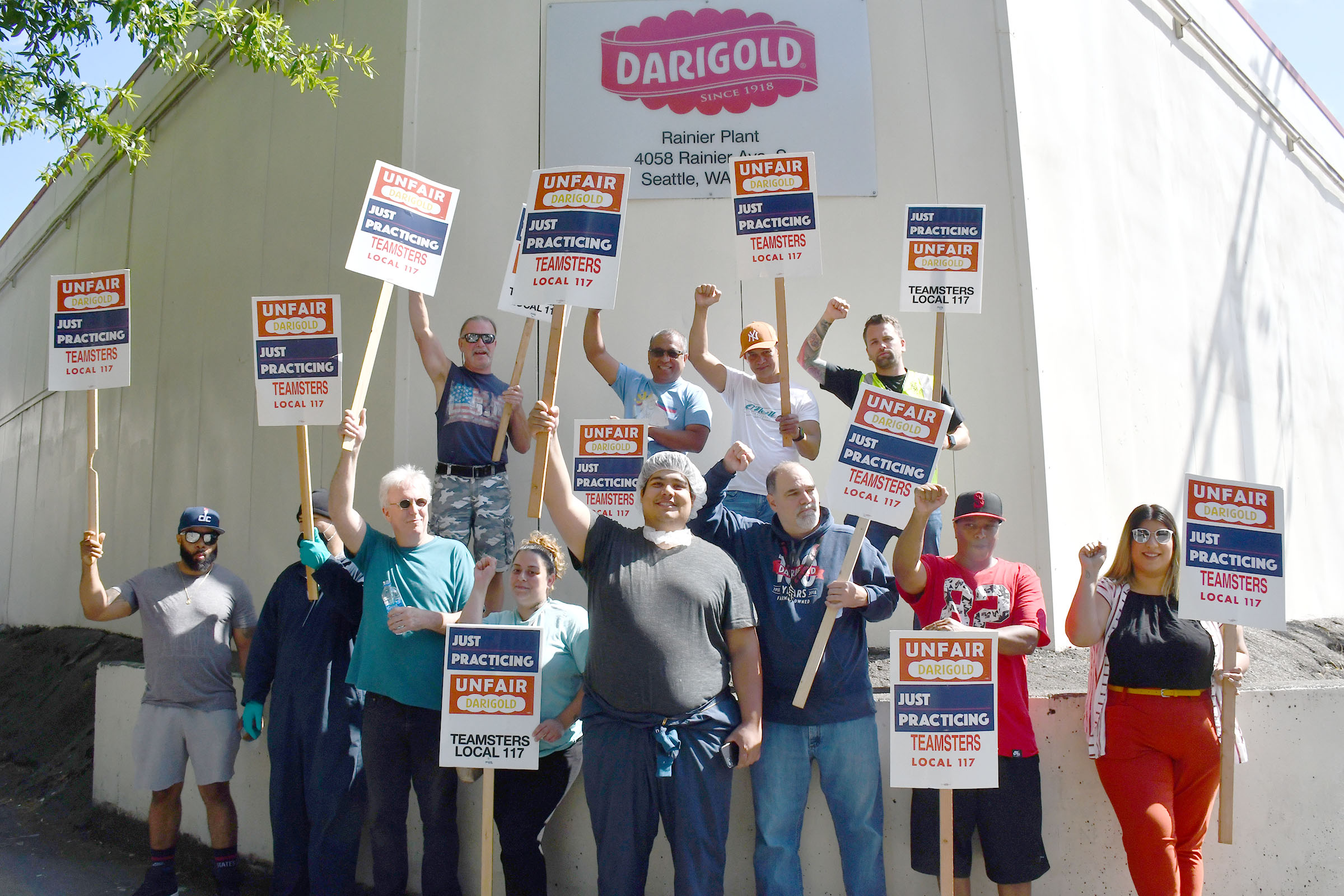 Teamsters participated in "just practicing" picketing at Darigold at two locations in Issaquah and on Rainier Ave in Seattle.

Teamster production workers and lab technicians who work at Darigold participated in “just practicing” picketing actions at the company processing plants in Issaquah on Tuesday, July 27 and in Seattle on Rainier Ave on Wednesday. Plant workers were joined by Darigold drivers, who had their contract negotiated last year, in protesting the company’s refusal to bargain in good faith.

Teamsters Local 117, the Union representing Puget Sound dairy workers, is headed into mediation with Darigold early next week. Contract negotiations have been going on since April, and union members have been working without a contract since the end of May. Workers gave their final approval to strike on July 18th. If realized, a strike at Darigold would lead to major dairy delivery disruptions to Costco and Walmart stores across the Pacific Northwest. 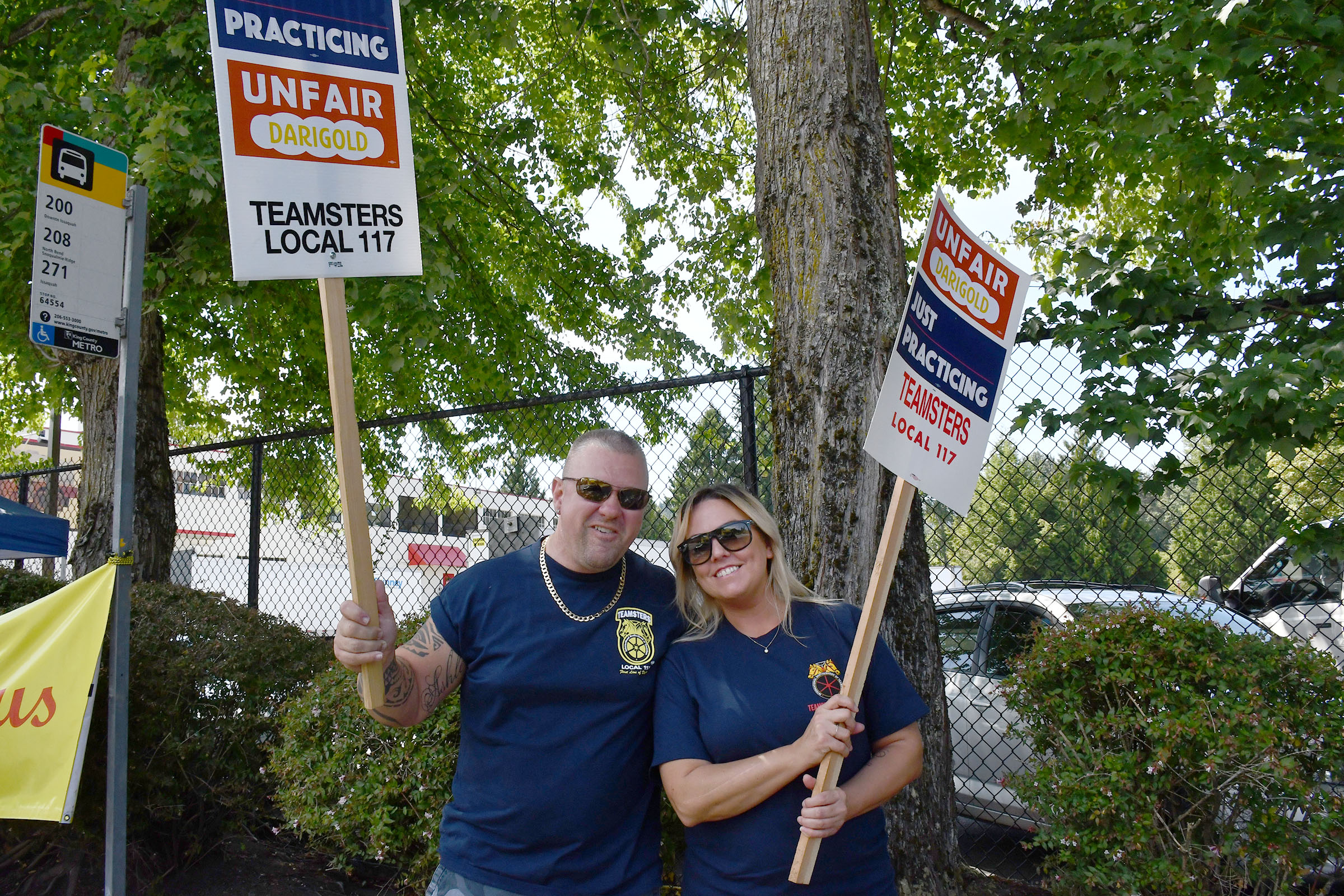 Darigold drivers, also represented by Teamsters 117, supported their Sister and Brothers in their fight for a fair contract.

“Darigold is performing well financially, but instead of negotiating fairly and respecting the work that  its employees perform, the company appears intent on provoking a strike, or repeating the history of its bitter lockout in 2003,” said John Scearcy, Secretary-Treasurer of Teamsters Local 117.

After presenting its initial economic proposal with across-the-board wage increases for all employees, Darigold then proposed to reduce the wages of many of its employees. The Union has filed unfair labor practice charges against the Company for bad-faith bargaining. 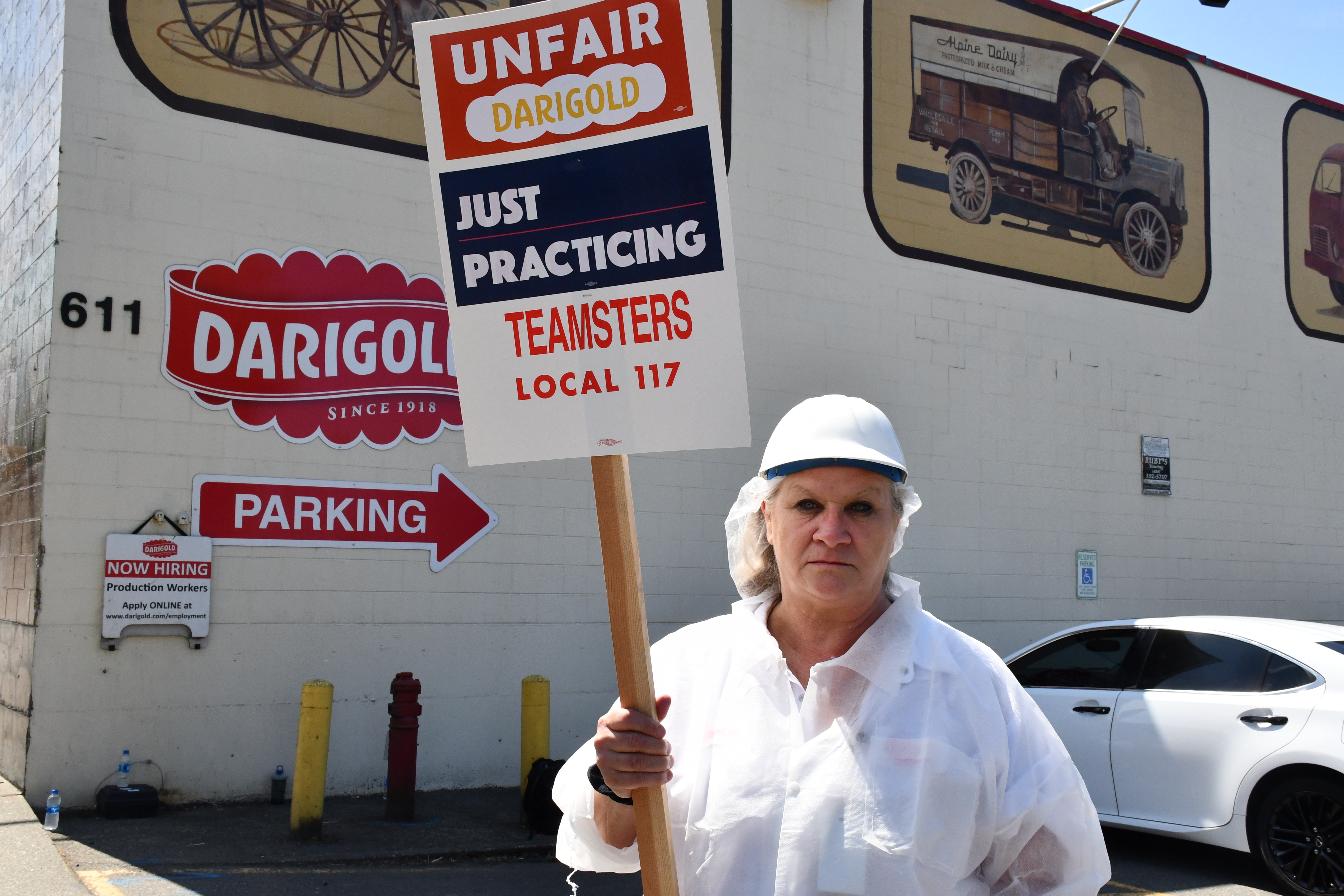 If Darigold Teamsters go out on strike, it would disrupt deliveries across WA, ID, and OR.

“The company’s refusal to bargain in good faith just shows their lack of respect for us,” said Jacob Westerlund, a Teamster shop steward at Darigold. “No one wants a strike, but we are serious about demanding equity and defending our livelihoods.”

Earlier this year Darigold outsourced its warehousing to WOW logistics in a facility owned by Prologis, which had been work performed by Local 117 members at the Company’s Rainier milk processing plant. That outsourcing has resulted in significant delivery disruptions to Costco and Walmart stores because of warehousing failures. These failures also have resulted in Darigold dumping up to 70 truckloads of milk, cottage cheese, and sour cream, which equates to over 376,000 gallons of wasted dairy products. 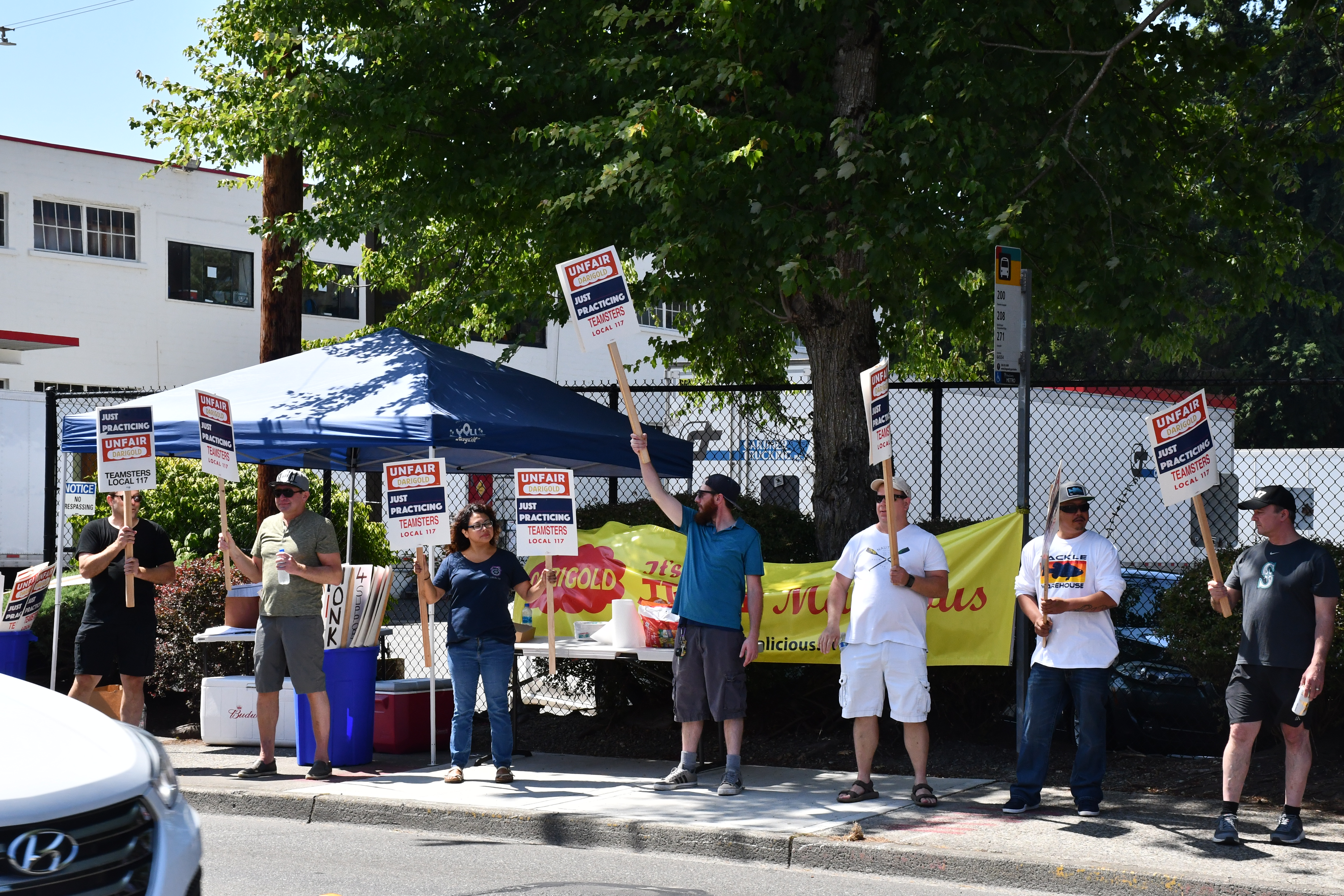 Teamsters at Darigold are highly skilled and produce top quality products. The company is trying to outsource their jobs which is resulting in truckloads of spoiled milk products.

Throughout negotiations the Union has made proposals to enhance workers’ job security in the event Darigold moves its Issaquah or Seattle facilities. Darigold negotiators assured the Union that there would be no facility movement during the term of a successor labor agreement. However, Darigold just announced this month that it was building a $500 million protein and butter production plant in Pasco.

Despite Darigold’s efforts to market itself as a community-focused cooperative with family farmers who share good values, the Company refuses to recognize Martin Luther King Jr. Day as a holiday for its unionized workers.

Back in 2003, the company locked out its workers at their milk processing plant in Seattle for 9 months. In 2018, dairy workers held a hunger strike at Darigold's corporate offices demanding safer working conditions.

Workers at the Issaquah plant make butter, sour cream, yogurt, and cottage cheese, while workers in Seattle process hundreds of thousands of pounds of milk every year, supplying Costco and Walmart stores, as well as many Washington schools.