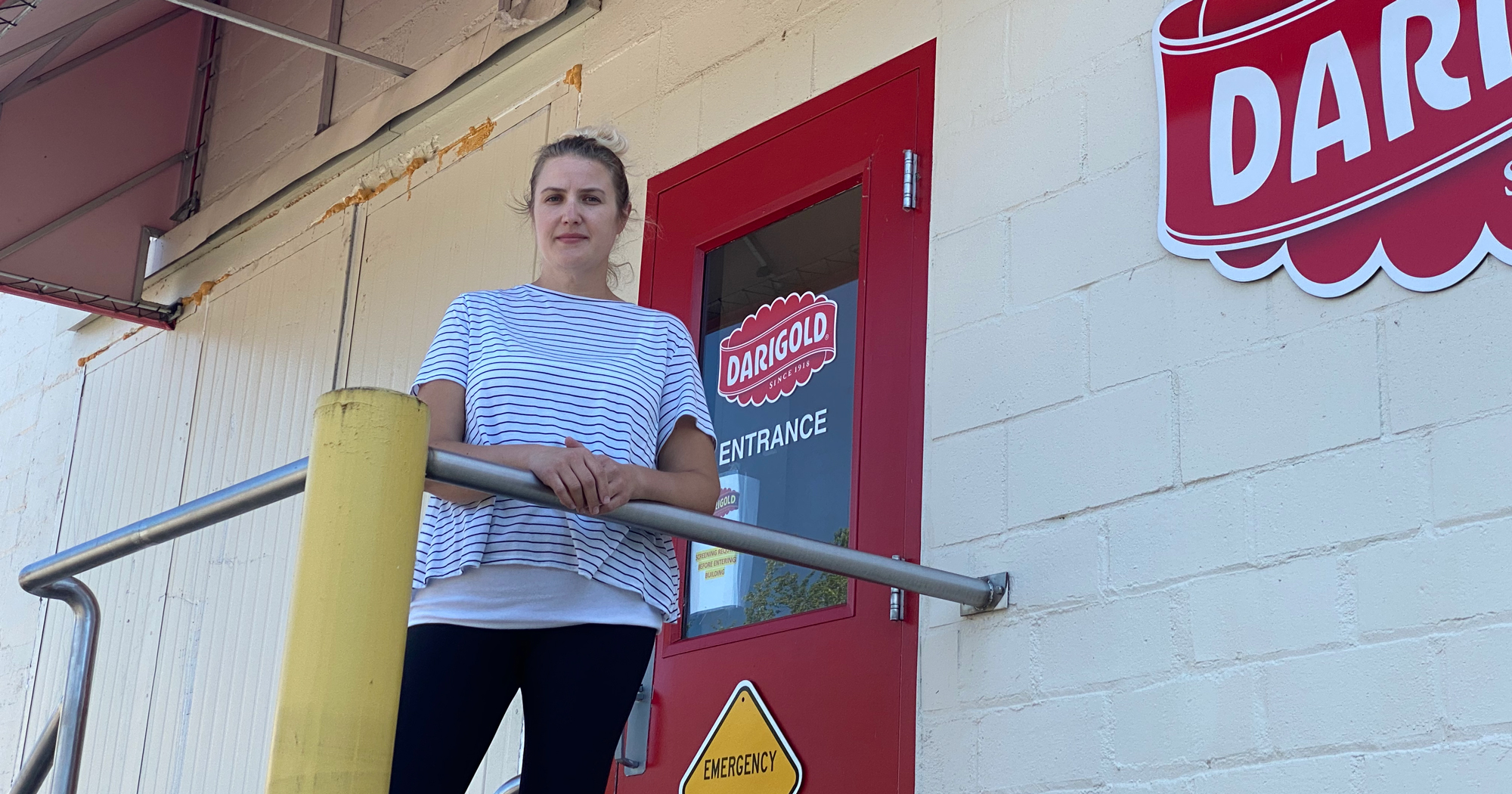 Tiffany Meckle fought for the right to take leave under the state's Paid Family and Medical Leave law. Darigold denied her request.

Please take a moment to support Teamsters at Darigold who are fighting for a fair contract!

Finances were tight for Tiffany Meckle. She’d just fulfilled a lifelong dream of buying her first home but had drained her savings in the process.

She figured she could slowly build it back with her union lab tech job at Darigold where she’d worked for seven years. That’s when her doctor delivered the bad news. She was diagnosed with an abdominal hernia and would have to get emergency surgery that would keep her out of work for two months.

“It was the perfect storm,” she recalls. “I had my mortgage to pay, medical bills were piling up – I didn’t know how I was going to make it.”

Under ordinary circumstances, Tiffany would have been eligible for $1200 a week under the state’s new Paid Family and Medical Leave (PFML) law. Still a cut in pay, it would have been enough for her to scrape by while she recovered from the surgery.

But rather than grant her the benefit, Darigold exploited a loophole in the law and denied her coverage. She had to make do with short-term disability pay, which amounted to less than a third of what she would have received under PFML.

“It makes you angry and you feel unappreciated,” Tiffany said. “I’m going into debt because of an unexpected surgery and Darigold isn’t willing to help me out.”

The group’s Union Representative, James Borsum, urged the company to make good by their employees. He cited a number of other workers at Darigold with serious health conditions who were facing steep medical bills, but the company refused to lend a helping hand. 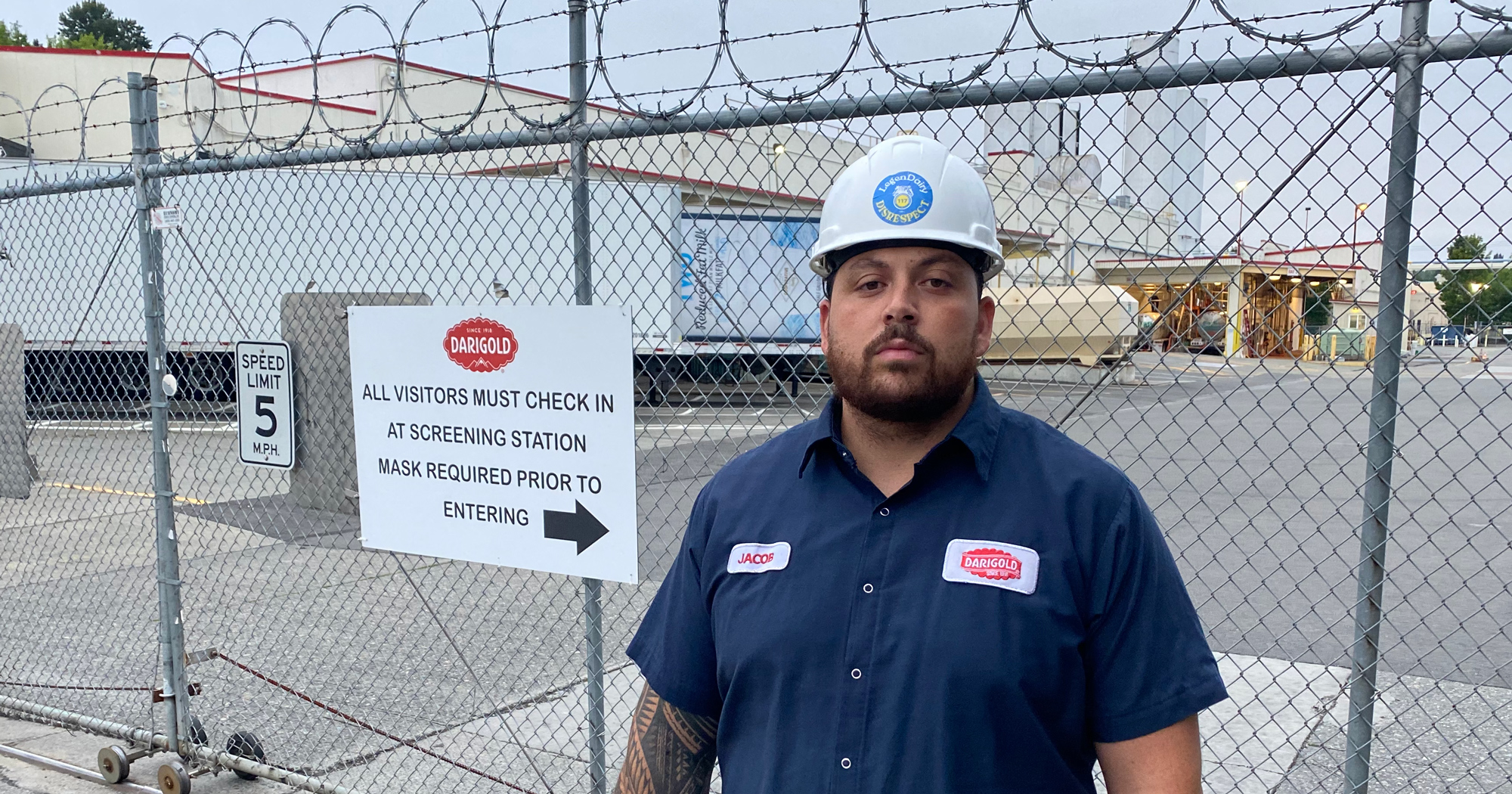 Jacob Westerlund wanted to take leave under the state's new paid family leave law to care for his growing family. Darigold denied him access to the benefit.

Jacob Westerlund, a shop steward at Darigold, was also denied benefits. He had a new baby and wanted to help out his wife who was recovering from a C-section. With four small children under the age of six, staying home with his wife and kids would have taken the load off of her and allowed him to bond with the baby. Under PFML he would have been eligible for 12 weeks of paid leave to spend with his family. With Darigold's refusal of the benefit, he was limited to two.

"It’s a slap in the face," he said. "We’re showing up every day during the pandemic, covering shifts, and learning new jobs. This benefit only affects a small number of us - people who are sick or need to care for their family - and they won’t even consider it."

Denying workers a critical family and medical benefit is not the only way Darigold is mistreating its employees. The company may also be surreptitiously planning to dislocate local, longtime workers when it opens a new super plant on the other side of the state.

“Workers at Darigold have been busting their tails to keep milk, butter, and yogurt on grocery shelves during the pandemic,” said John Scearcy, Secretary-Treasurer of Teamsters 117.  “Instead of honoring their labor, Darigold has denied sick workers the right to state medical benefits and is threatening to displace its local workforce that has served this community for decades. That’s not how you treat your essential workers.”

Sign in with or
Don't have an account? Click here to create one.
Please check your e-mail for a link to activate your account.
Darigold denies medical leave to members with serious health conditions
Darigold Dad denied chance to care for recovering wife, bond with newborn son
TEAMSTERS POWER