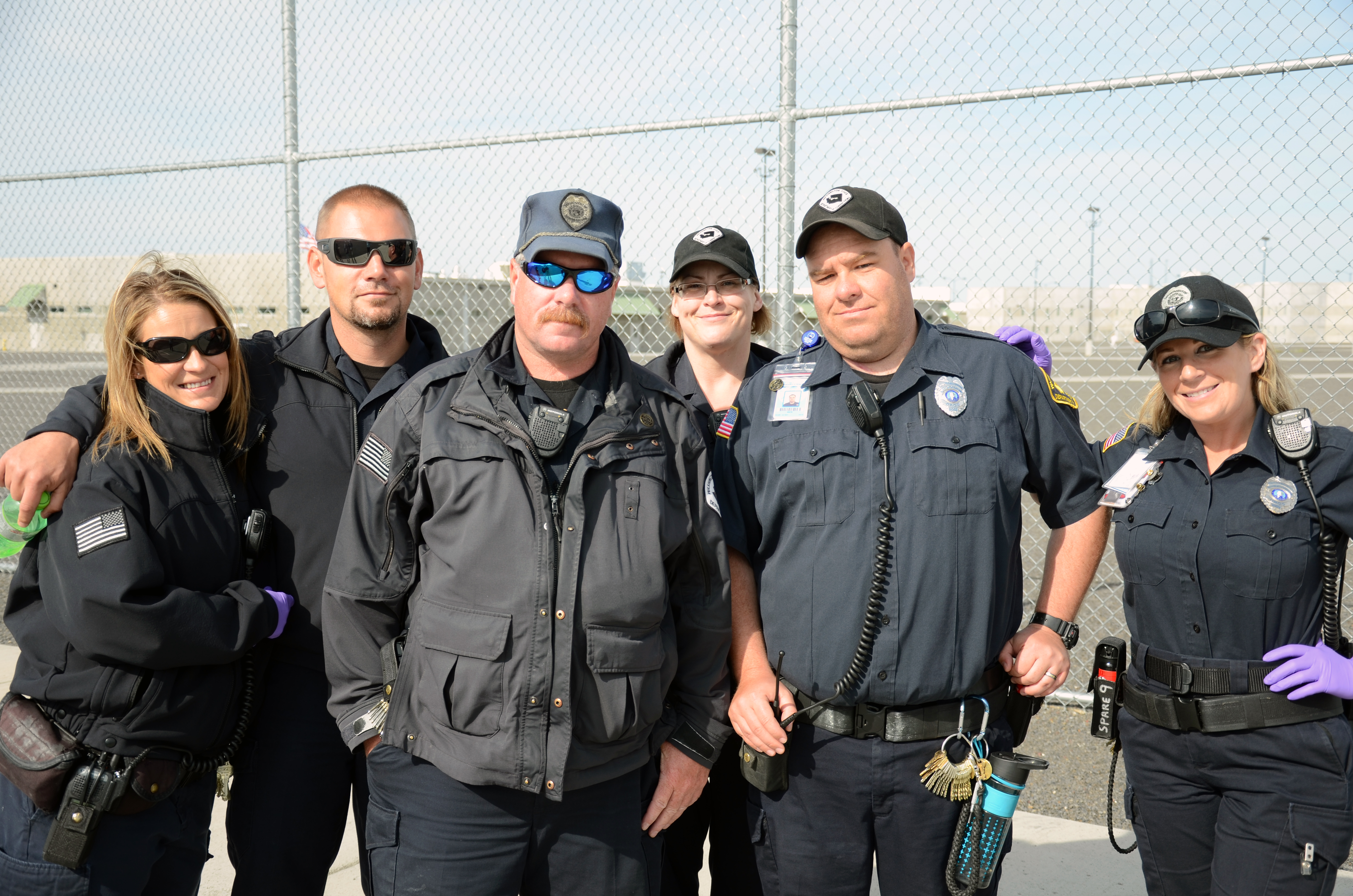 Officer Jerry Wonders stands with his coworkers at CRCC

“That man does everything by the book – his integrity is second to none,” said fellow CRCC officer Kellon Cunningham.

Jerry got his start at the Department after joking about swapping jobs with a gate officer at Twin Rivers.  He was driving truck at the time, delivering steel to the prison.  “I thought if I worked at the prison for a while, I could spend more time with my wife and kids,” he said.

Throughout his career, Jerry has mentored many of his co-workers and generously shared his knowledge and his experiences.

Given Jerry’s level of respect at the DOC, many of his peers were angry when he wasn’t invited to an awards ceremony to receive his 25-year service pin. He didn’t even know he was slated to be recognized until a sergeant handed him the pin later that day.

“A lot of people were upset about it,” said Officer Joshua Benedict-Smith. “I got on the radio and thanked him for his service. It was Kellon’s idea to make the pin.” 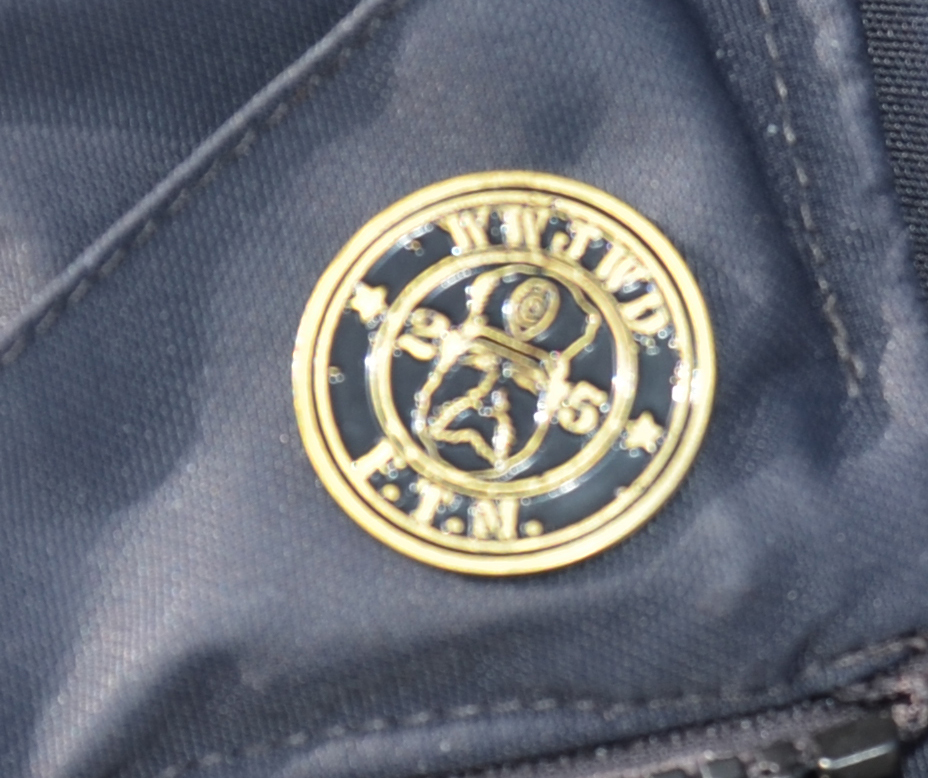 The pin that Kellon designed is a customized tribute to his co-worker. A mustachioed officer is framed by the number 25 and two acronyms.  The top reads: WWJWD, or “What Would Jerry Wonders Do?” The bottom reads: FTM, or “For the Memories” (among other possible interpretations).

In a short time, the 100 pins Kellon ordered have nearly sold out, with members at MCC, AHCC, and CRCC as well as people outside the DOC putting in orders. Cunningham hopes the proceeds from the pin sales can go to buy Jerry something to spruce up his fishing boat.

Jerry is modest about the attention the pin has generated among his co-workers. “I still view this job as a temp gig,” he joked. “I’m just waiting for something better to come along.”