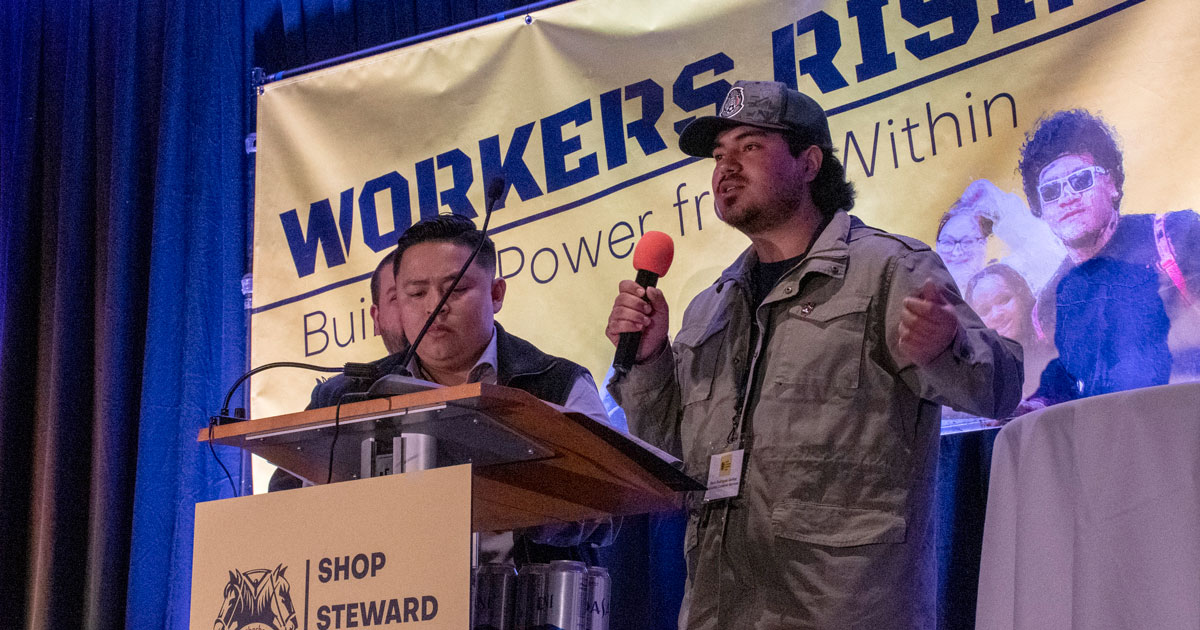 Mario Rodriguez makes a passionate appeal for justice at the shop steward seminar on March 12.

"Nothing they do divides us," bellowed Mario Rodriguez, as he addressed shop stewards from the podium at our annual seminar last month. "We are united, and we will not allow ourselves to be intimidated."

Mario's rousing speech, given in his native Spanish with interpretation from Teamsters staff, inspired a standing ovation. Hundreds signed their names on a massive, foam board petition outside the assembly room in support of Mario and his co-workers, who were embroiled in a tough contract fight at Industrial Container Services (ICS).

The company was trying to exact concessions at the bargaining table, and they provoked ULPs. Most egregiously, they threatened to audit our members' immigration status before bargaining got underway. It was a chilling, underhanded attempt to silence the mostly immigrant workforce.

But Mario's words at the seminar were providential. Just three days after the event, member leaders, together with the workers, converged on the employer's office to deliver the petition, demanding safe, dignified working conditions. 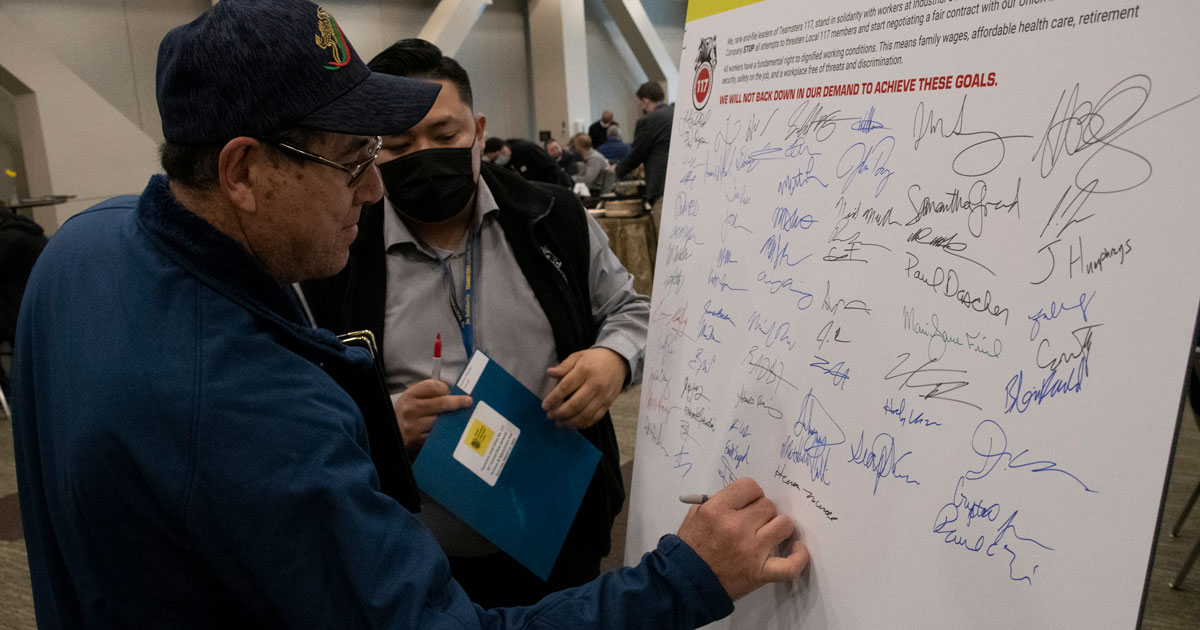 Shop Stewards sign a foam board petition pledging their support of workers at ICS.

The action helped our Union committee secure a fully-recommended agreement that day, one that raises wages by $4.15/hr over the term of the contract, keeps medical costs in check, and provides groundbreaking immigrant rights protections.

On learning the details, the group was jubilant and voted unanimously to ratify the agreement at our Union hall on Monday night.

"This is one of the most inspiring groups of workers I've ever seen," said John Scearcy, Secretary-Treasurer of Teamsters 117. "Their courage, solidarity, and commitment to each other are second to none." 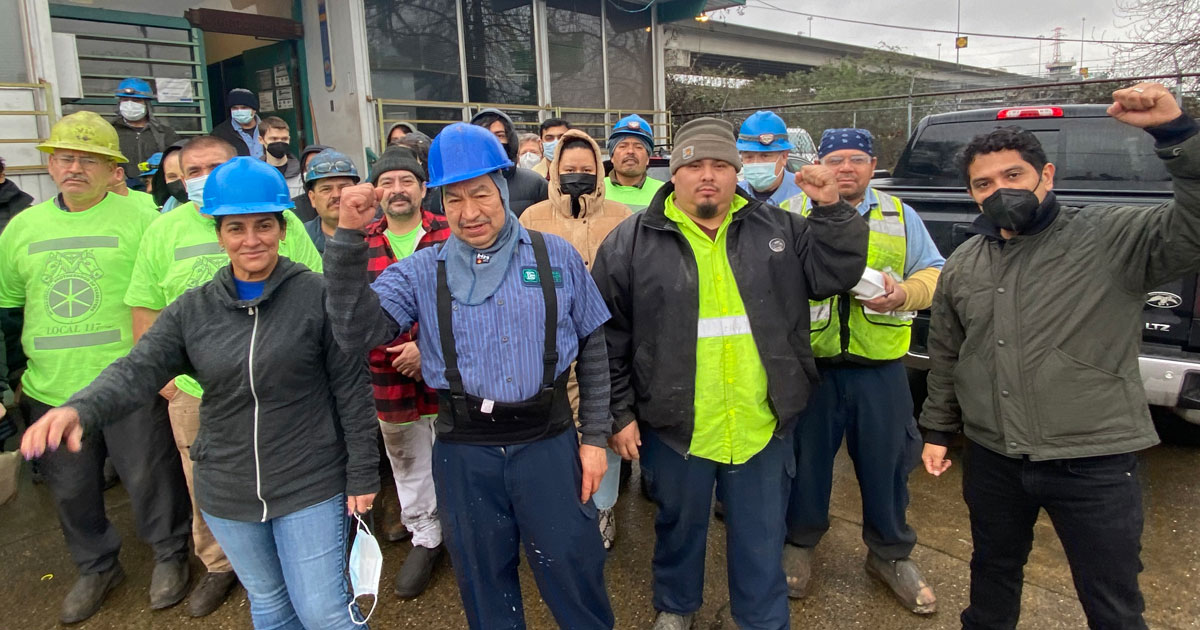 ICS Teamsters and community supporters march on the boss, demanding a fair contract and a workplace free of discrimination.

Having the backing of elected officials like Councilmember Teresa Mosqueda and a slew of community organizations was one of the keys to our success.

For four consecutive weeks, our allies joined delegations of the workers to march on the offices at ICS demanding a fair contract and a workplace free of intimidation.

"Our community supporters and our membership stood alongside Teamsters at ICS in their quest for justice," Scearcy said.

As Mario put it in his speech at the seminar: "We are all Teamsters. An attack on one is an attack on all."