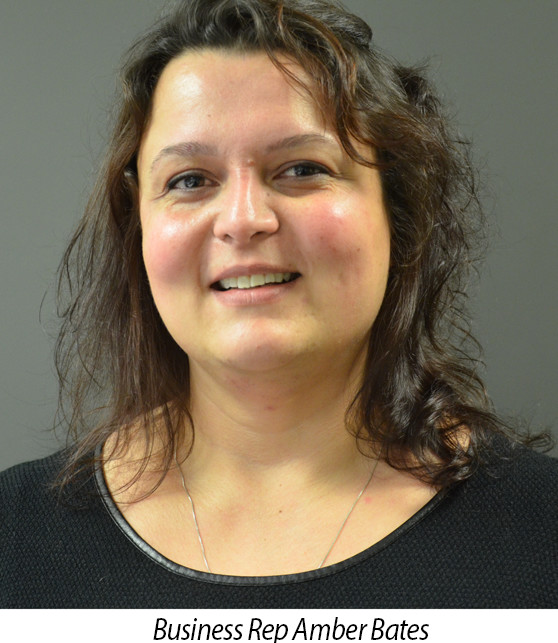 "It was a petty thing to do," said Amber Bates, as she described management's behavior at our Holiday Membership Meeting at the Clallam Bay Corrections Center (CBCC) last December.

Bates, a former Shop Steward at CBCC who is now on staff at the Local, along with Business Reps Eric Smith and Talisa Boad were busy conducting the meeting when they noticed something odd.

The Shift Lieutenant, Captain, and Associate Superintendent were visibly pacing back and forth outside the meeting room. Other members noticed it as well.

What the hell are they doing, Bates wondered. Are they running surveillance on our meeting?

A few minutes later, Bates' hunch was confirmed. The meeting was interrupted by a phone call from Captain Edwin Reetz who demanded "leave slips" from all members in attendance.

They wanted to know who had attended the meeting and for how long.

"It was ridiculous," Bates said. "A lot of times folks don't even get a chance to take their breaks. If they do, they almost always eat at their desks. For management to spy on our meeting is really beyond me."

The incident upset a lot of people and led to the Union filing an Unfair Labor Practice (ULP) charge with the Public Employment Relations Commission. A hearing in the case is scheduled for June 13 in Port Angeles.

It's another example of Local 117 Teamsters at Clallam Bay standing strong for their rights at work. "They need to know that they can't push us around," Bates said. "We're standing up to this and fighting back."

You can view our ULP in the case here.