Congrats, Christine McDaniels! Christine will be named our first EVER female Sergeant At Arms 7 at our quarterly General Membership Meeting on June 15. 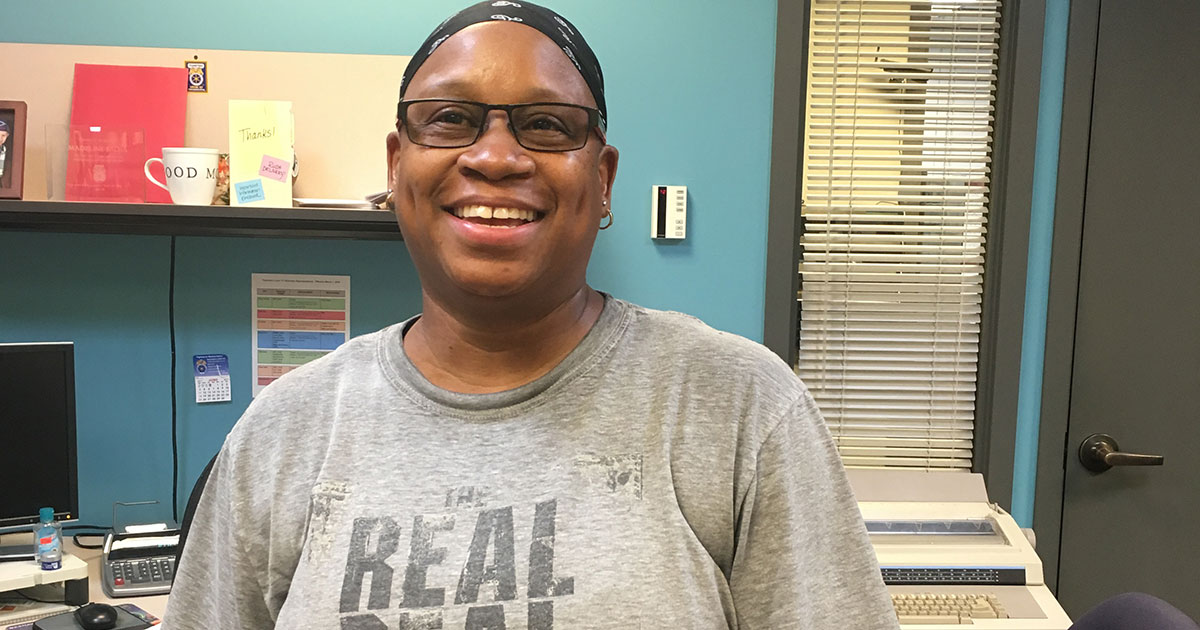 Christine McDaniels will be named our new Sergeant-At-Arms. She works as maintenance staff at the Teamsters Union Hall in Tukwila.

Congrats, Christine McDaniels!  Christine will be named our Union's first EVER female Sergeant-At-Arms at our quarterly General Membership Meeting on June 15.

"I know how to talk to people and calm them down real quick."

"When John (Scearcy) asked me about it two months ago, I was overwhelmed," McDaniels said. "I've been excited ever since."

As Sergeant-At-Arms, McDaniels will have the responsibility of helping to maintain order at our meetings. That means if you start to get unruly, you'll have to answer to Christine!

"I'm definitely the kind of person for that," she said. "I'm the peacemaker. That's what they called me at my last job. I know how to talk to people and calm them down real quick."

Come to our meeting next week and witness history as Christine is sworn in to her new role.