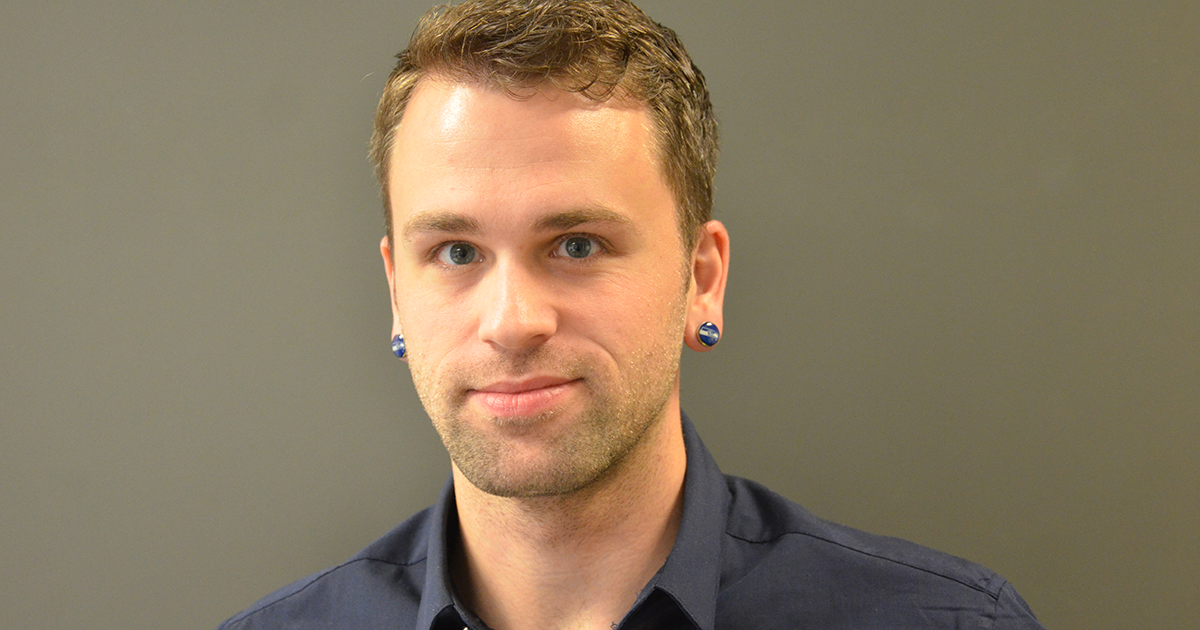 James Borsum will be representing Local 117 members in the recycle and dairy industries.

James Borsum got an early start as a Teamster, when he went to work at Sysco, in the food service industry, at the ripe old age of 18.

At Sysco, the benefits were better than his previous employer, wages were higher, and best of all, it was a union shop. Borsum bounced around at Sysco, selecting groceries, loading trucks and docking freight. After seven years, he bid into a position as a driver, and ultimately became one of the group’s shop stewards.

Borsum always wanted to be more involved in the union. “As a steward, you can stand up to the employer and say this is wrong, you need to fix it,” he said.

In his new role as a shop steward, he launched a social media platform as a forum for his co-workers to discuss issues at work and to help him turn out for meetings during contract negotiations.

His skills as a digital organizer caught the attention of our international union, and in 2015, he was called on to help out with a Sysco organizing drive in Harrisburg, Pennsylvania. He engaged in online communications, visited prospective members on house calls, and attended organizing meetings.

Borsum’s glimpse into conditions at a non-union Sysco facility gave him an even greater appreciation for his union. “They were making a lot less, and they were running themselves ragged. That’s when I was like, wow, the union difference is huge.”

In the end, the organizing drive came up short, but the experience was profound: Borsum was ready to take the next step. After a few more years at Sysco, he joined our Local 117 staff this September and will be representing Teamsters in the recycle and dairy industries.

He says his immediate goal is to engage members in the union and be responsive to their concerns.  “Communication is huge, so I’ll be working on that,” he said.