Members are united, fighting for equity and respect 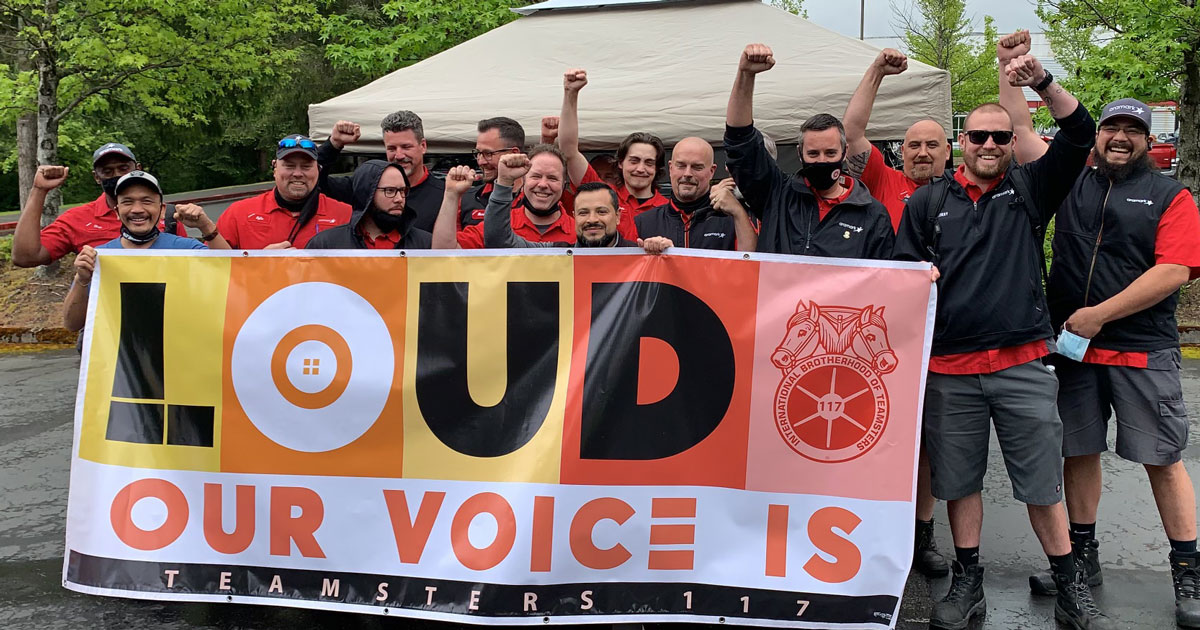 Route sales drivers in the laundry business earn their bread and butter through negotiated commission structures and on relationships they've cultivated and maintained, often over years, with their customers.

For members of Teamsters Locals 117 and 231 at Aramark, commissions in Washington State are simply not on par with other Teamsters up and down the West Coast. While contracts in Oregon and California boast 10% commissions across-the-board on route sales, drivers in our state earn a rate that fluctuates well below that, sometimes dropping to as low as 4%.

This inequity, which the company has shrugged off in ongoing contract talks, has agitated these frontline workers and led groups of Local 117 Teamsters at Aramark facilities in Kent, Everett, and Tacoma, and members of Teamsters Local 231 in Bellingham to vote unanimously to authorize a strike.

"It's a question of respect," said Jeff Young, a shop steward who has worked in the industry for seven years. "If you pick up my route and bring it down to Portland, the guy down there would make more money than I do. It doesn't make any sense."

Tensions are building as Teamsters at Aramark have been providing pandemic essentials - hand sanitizer, toilet paper, and masks, in addition to their standard deliveries - to their customers for several months past the expiration of their contract.

"Nobody wants to go on strike," says Young, "but if you tell us that's what we've got to do to be treated fairly, then there's a 100% chance we will."

Since the start of negotiations last November, our Union's legal team has had to file Unfair Labor Practice charges to curtail bad-faith tactics and intimidation by company managers. In one case, Aramark tried to prevent our members from wearing Teamster face masks to protect themselves during the pandemic. Managers even tried to mete out discipline to some drivers who were wearing the masks.

"For Aramark to discipline drivers for wearing masks provided by their union during the pandemic is an egregious violation of their right to a healthy and safe workplace," said John Scearcy, Secretary-Treasurer of Teamsters Local 117. "With a unanimous vote to authorize a strike, our members are demanding that Aramark stop sabotaging the process and bargain a contract in good faith that achieves equity with our Teamster sisters and brothers in Oregon and California."

The next negotiations with Aramark are scheduled for June 4. "We're unified across the board," said Zach Stair, a shop steward with 10 years at the company. "This is Aramark Teamsters history. Never before have we had 100% unity. It's amazing how every person is on the same page."