Another win as Teamsters at Sysco overwhelmingly ratify new contract

Great news for Teamsters in the food service industry! This weekend our members at Sysco voted overwhelmingly to ratify a new 4-year contract. 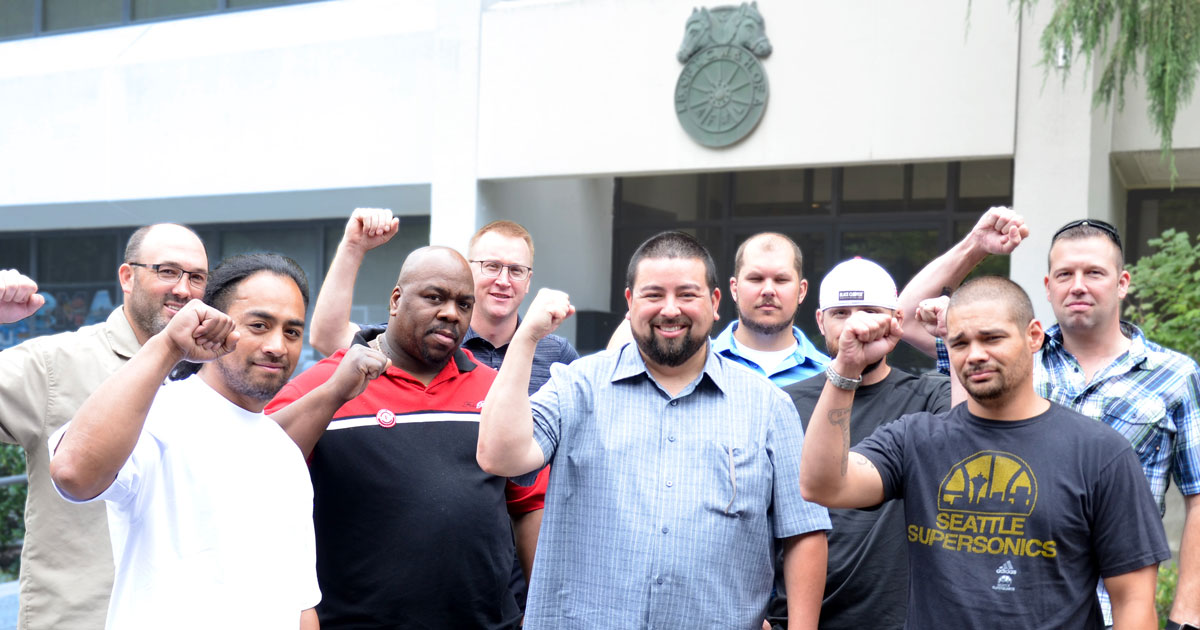 Our union bargaining team meets at the Tukwila hall during contract negotiations with Sysco.

Great news for Teamsters in the food service industry! This weekend our members at Sysco voted overwhelmingly to ratify a new 3-year contract. The agreement provides annual wage increases, retirement security, and affordable health care for over 200 Local 117 members and their families.

“Our negotiations committee worked incredibly hard to achieve this agreement,” said John Scearcy, Secretary-Treasurer of Teamsters 117 and the lead negotiator for the union. “Together with last year’s contract at US Foods, this agreement sets the standard for food service contracts across the country.”

Getting to a deal was far from easy. Sysco is a massive multinational food service conglomerate, the largest broadline food distributor in the world. The company has made life difficult for Teamsters in other parts of the country.

Here in the Northwest, the group’s unity and resolve helped beat back proposed concessions at the bargaining table. The group sent a powerful message to the company when they voted unanimously to authorize a strike several weeks ago.

“We went into these negotiations with clear goals and expectations,” said Rowan Griffin, a shop steward on our union bargaining team.  “John Scearcy’s skills as a negotiator are undeniable. We are lucky to have such strong leadership in our union.”

"We were successful because we have strong leadership and solid member participation."

Will Buff, a rank-and-file veteran of several Sysco negotiations, reiterated that point. “We were successful because we have strong leadership and solid member participation. There was trust between our negotiations team and our union’s leadership like never before.”

“Our members take pride in their work and know their value,” Scearcy said. “They stuck together and fought to win a contract that reflects the important service they provide to families who rely on meals at hospitals, schools, daycare centers, and nursing homes across our region.”