Despite millions in bailout dollars, the Port refuses to help struggling drivers. 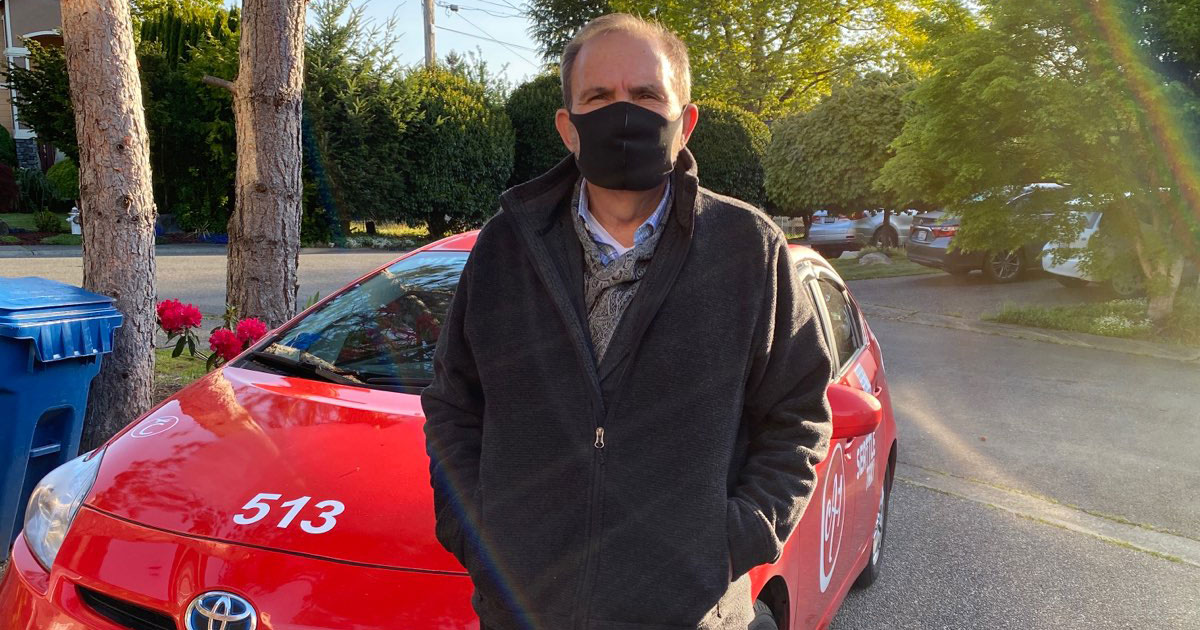 The Port of Seattle is forcing SeaTac Airport taxi drivers like Sasha Nazari further into debt.

If the Port of Seattle has its way, SeaTac Airport taxi drivers, who have seen their business plummet during the pandemic, will be on the hook for thousands of dollars in “pandemic debt” at the end of the month. The mostly immigrant drivers have to cough up the money now, says the Port, otherwise they’ll be charged interest, possibly face collections, and risk losing their jobs.

KIRO 7 and KNKX reported last May that in the first months of the pandemic, Port of Seattle officials forced taxi drivers to go into debt for trip fees, reversing course on an initial promise to waive fees.  Since then, the Airport has received hundreds of millions more in stimulus bailout funds, while work for airport taxi drivers remains anemic – still down 85 percent.

“I don’t know how I am going to repay this debt by tomorrow,” said Sasha Nazari who supports his wife and son working as an Airport taxi driver and is being charged close to $1500 in pandemic debt. “To add insult to injury – I just discovered my pandemic debt includes fees for trips I didn’t even take, because during the first months of the pandemic, the Port stopped tracking when we left empty after waiting for hours without a trip.”

The Teamsters Union is calling on the Port of Seattle to use stimulus funding to support struggling taxi drivers.

“It is shameful that, after receiving hundreds of millions of taxpayer funded bailouts, the Port of Seattle refuses to help low-wage immigrant workers who are struggling to keep food on the table and a roof over their families’ heads during this crisis,” said John Scearcy, Secretary-Treasurer of Teamsters Local 117.

“Why should the Airport get a taxpayer bailout, while workers get left out?”

Port of Seattle Executive Director Stephen Metruck had previously announced at a March 24 Port Commission meeting that the Port would "grant a 3 month waiver of fees charged for each trip from the Airport" (see video minute 8:13), to mitigate the impact of the COVID-19 crisis on a low-wage, immigrant workforce that lacks any safety net.

The Port later reversed course and said the fee waiver would only be a deferral, despite the Port being awarded a $192.1 million COVID bailout and hundreds of millions more in subsequent stimulus bills from the federal government to mitigate the impacts of the COVID-19 pandemic.