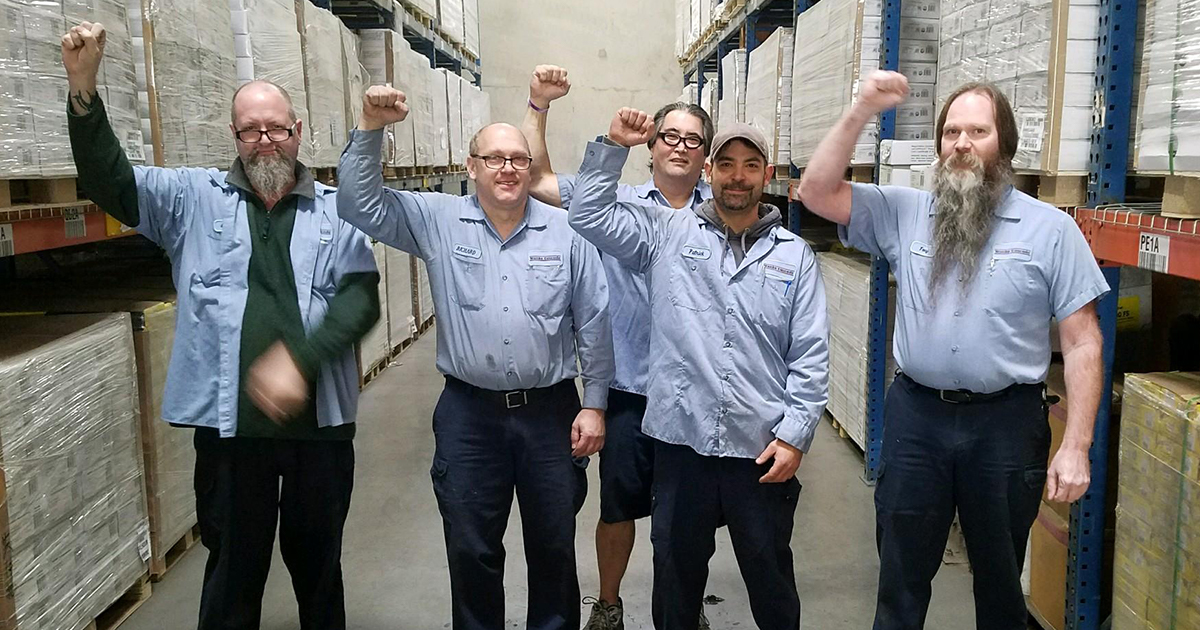 A small group of Teamsters who work at Wanke Cascade in Tukwila are all on the same page. The group voted unanimously last month to ratify a new 3-year contract.

"Thanks a billion times on our new contract! The BEST EVER!"

The agreement provides guaranteed wage increases nearly double that of the previous contract, and significant reductions in the amount members will be paying toward their medical.

“Thanks a billion times on our new contract! The BEST EVER!” wrote Shop Steward Craig Williams in an email to his union rep, John Howell, Jr. and lead negotiator, Paul Dascher.

This contract is one of over a dozen that Local 117 members have ratified over the last couple of months.

Our members at Wanke Cascade house flooring supplies, such as hardwood, laminate, and vinyl, for distribution throughout our region.