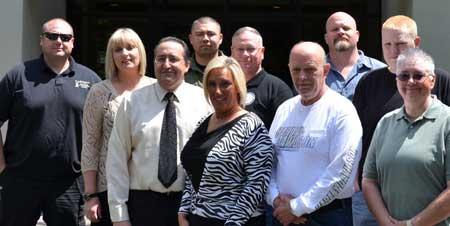 The vendor has also made mistakes that have caused the process to drag out longer than expected.

Whether or not the Department can stick to the new schedule remains to be seen.

In the meantime, the statewide committee on uniforms has met to try to address these issues.  The group last met on June 10 at the Teamsters Building in Tukwila.

On the Union side, the committee consists of 12 rank-and-file members, one from every institution. Nine members were present at the June 10 meeting.

At the June 10 meeting, the DOC agreed to issue a statement explaining its missteps with regard to the rollout schedule. The Department also agreed to improve communication with the Union chairperson over ongoing issues and to include the rank-and-file uniform committee members in meetings at the facilities with the Superintendents whenever rollout is discussed.

The Department intends to complete rollout at a given location before moving on to another facility.