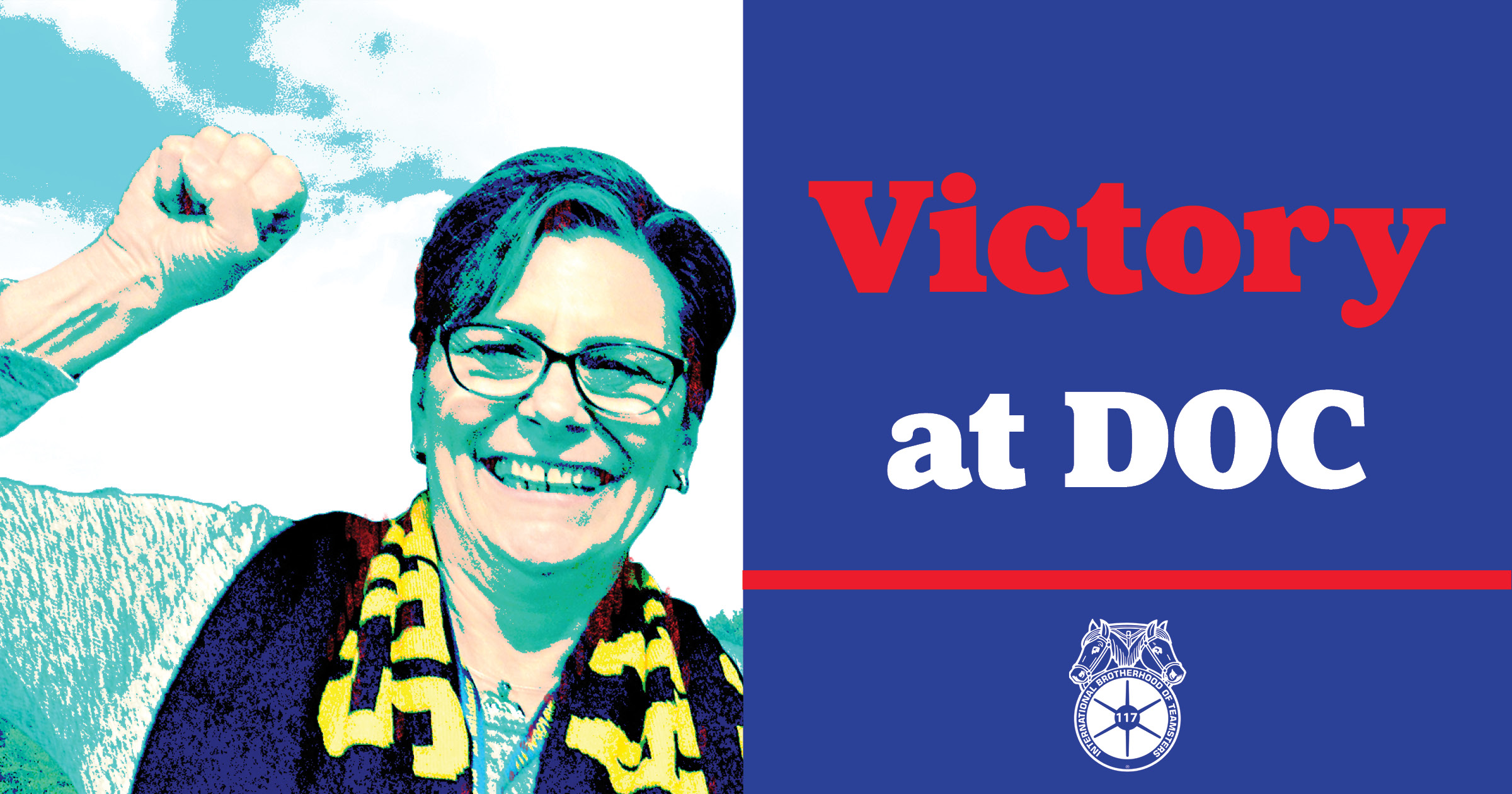 We have some exciting news to report for Teamsters at the DOC. Our Union has successfully negotiated a nearly $1.5 million backpay settlement award on your behalf.

After the State passed the new PFML law in 2018, the DOC moved forward with monthly premium deductions starting in July 2020 without honoring our demand to bargain over the issue. We responded by filing an Unfair Labor Practice (ULP) charge asserting our right to negotiate.

We are happy to announce that the ULP has been resolved, and the State must issue $1.5 million in rebates for the PFML deductions. Local 117 members will receive refunds for the total amount of premiums paid between July 1, 2019 and December 10, 2020.

The amount you receive will depend on your salary and length of service. Average payments will be approximately $200, but will vary for each member. We do not have an exact timeframe of when you will receive your refund, but we expect that it will come in the next few weeks. If your total deductions were less than $10 for the given time period, no refund will be issued.

If you have questions, please contact your Union Representative.

It is important to note that this agreement will not stop prospective PFML deductions. As part of our settlement agreement, however, DOC has acknowledged that it must bargain over the cost of the premiums during our negotiations for our next contract.

This is an important victory for DOC Teamsters. It represents one of the highest settlement awards our Union has ever achieved on your behalf. A committee of 6 members played a crucial role in negotiating the award:

As Teamsters and unlike your non-union counterparts, you have the right to negotiate over your pay and working conditions. This gives you tremendous power to stand up to your employer when they are refusing to honor their obligation to bargain or otherwise violating your workplace rights.

Thank you to all who were involved in achieving this award. Congratulations on this win for DOC Teamsters! You can view a PDF of the settlement award here.