Teamster recycle and yard waste drivers who work at Republic Services voted overwhelmingly to authorize a strike on Sunday. The drivers took the strike vote after a contract update meeting at the Teamsters building in Tukwila. 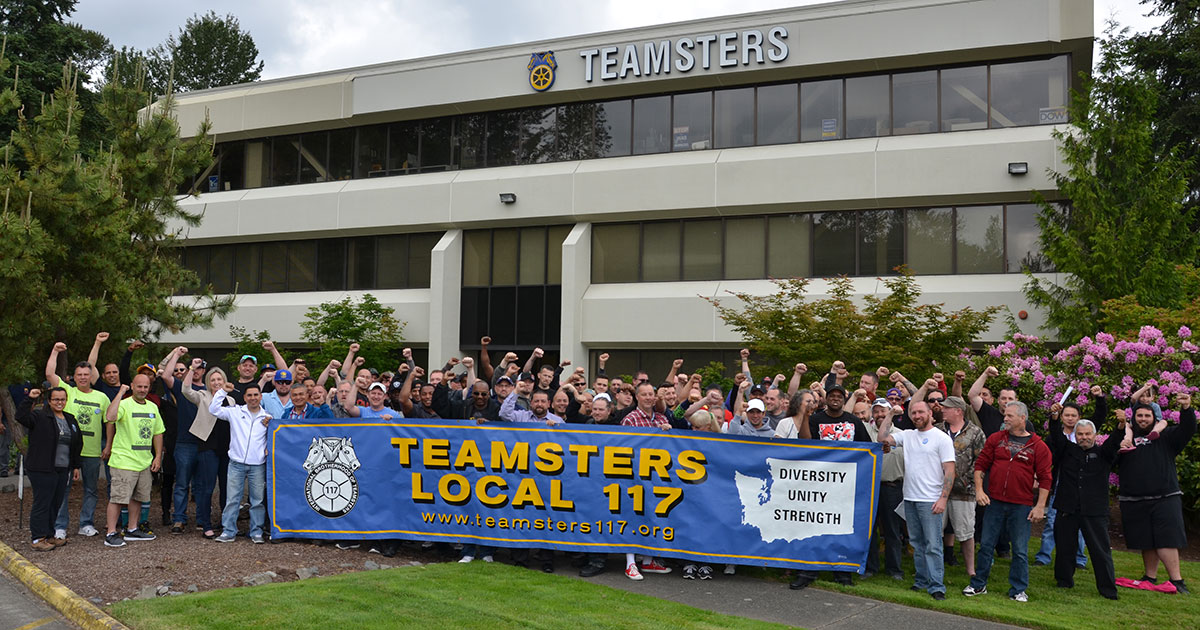 Teamster recycle and yard waste drivers who work at Republic Services voted overwhelmingly to authorize a strike on Sunday. The drivers took the strike vote after a contract update meeting at the Teamsters building in Tukwila.

“Our job is the sixth most dangerous in the country,” said George Blakey, a driver who works out of Republic’s depot in Bellevue. “We’ve had people almost get run over, we’ve had people get hit. Then you have the actual equipment – if it malfunctions, it can hurt you. It doesn’t matter if you’re a garbage driver or if you’re hauling away recycle or yard waste. Republic should do everything they can to treat us equitably and keep us safe.”

The Teamsters have been in negotiations with Republic for the last several months. The drivers have been working without the protections of a contract since the agreement expired last Wednesday. Bargaining between the union and the company is scheduled for June 6 and 7. No other dates have been scheduled.

“We’re working hard to avert a strike,” said John Scearcy, Secretary-Treasurer and the lead negotiator for Teamsters Local 117. “We’re hopeful that Republic comes to the bargaining table prepared to negotiate a contract in good faith that values safety and equity for drivers and their families. If that is not the case, the drivers have indicated with this vote that they are ready to take action to protect their livelihoods.”

In bargaining, the union is seeking, among other improvements, safer trucks, a limit to the number of hours drivers would be required to spend on the road, and equity with the garbage haulers. So far, Republic has rejected those proposals.

“Even the company is telling us we do the same job; they tell us that at our safety meetings,” said Fabio Desimone, a 23-year Teamster, who works out of Republic’s yard in Kent. “The route managers will come up and say we deserve to have parity.”

Teamsters Local 117 represents approximately 120 yard waste and recycle drivers who are dispatched out of four Republic locations: Bellevue, Kent, Seattle, and Lynnwood. The drivers who work out of the Bellevue yard serve some of the wealthiest neighborhoods in our region, including Bellevue, Mercer Island, Medina, Yarrow Point, Hunts Point, Sammamish, and Issaquah. The drivers serve dozens of other North and South Sound communities.