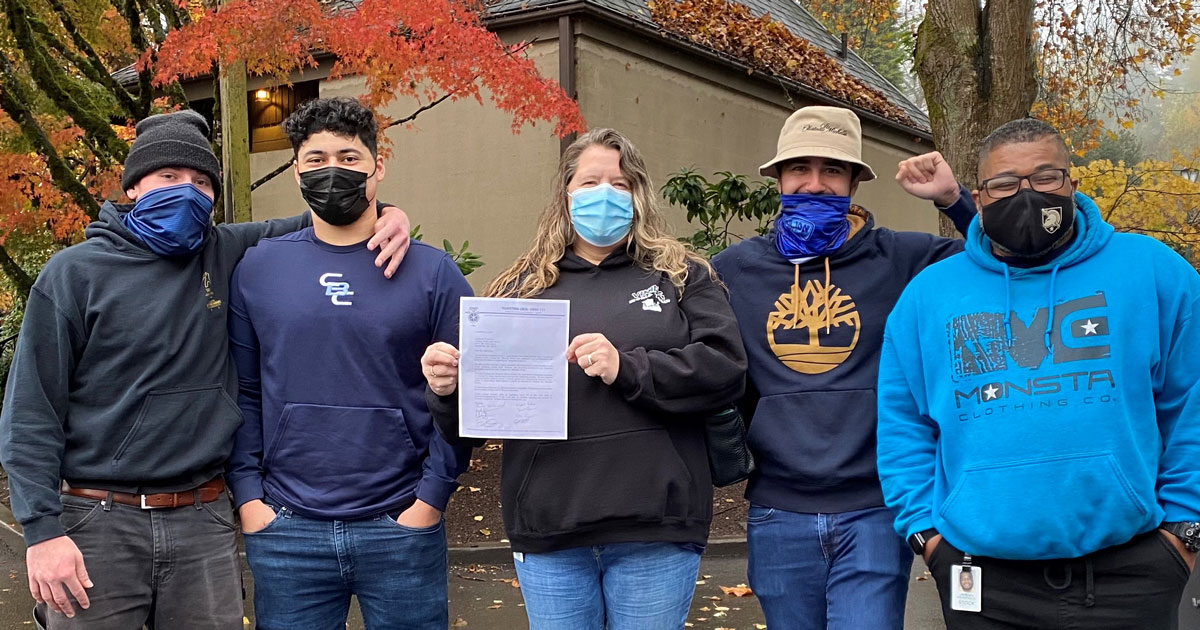 A group of ten stockroom workers at Chateau Ste. Michelle Winery are the newest members of Teamsters Local 117. The Seattle-area Local Union was authorized as the workers’ exclusive bargaining representative through a card check process conducted by an independent arbitrator on Monday. The newly-unionized employees will add to a bargaining unit of thirty-four Teamster production workers at the company’s wine-making facility in Woodinville, WA.

“We are excited to welcome this new group of Chateau Ste Michelle employees to Teamsters 117,” said John Scearcy, Local 117 Secretary-Treasurer. “Teamsters are an integral part of the wine making process. From driving forklifts in the warehouse to filling oak barrels with juice from the grapes, our members work behind the scenes to produce some of the highest quality wine in the country. Employees in the stockroom deserve the same rights and respect as other union members at the company. By negotiating a strong Teamsters contract, we intend to help them reach that goal.”

Stockroom workers perform a number of duties at Chateau Ste Michelle, including filling online and mobile orders, welcoming guests, overseeing wine shop operations, and helping to coordinate hospitality events. The group sought representation with Teamsters 117 because they want a voice on the job, respect, and the benefits and protections of a union contract.

“The power that we have when we come together is amazing, and this is just the beginning,” said Christine Cumberland, a 23-year employee and newly-organized Teamster.

"We can’t wait to negotiate a good contract as new members of Teamsters 117.”

Secretary-Treasurer Scearcy praised the workers for having the courage to reach out to the union and get organized. He also thanked Chateau Ste Michelle for voluntarily recognizing the workers’ right to join the union. “We appreciate this employer’s respect, without interference, of the workers’ wish to become Teamsters,” he said.

The certification of Teamsters Local 117 as the workers’ exclusive representative triggers the process of contract negotiations. In the coming weeks, the workers will meet to establish their priorities for negotiations and identify rank-and-file leaders to participate on the union bargaining committee.

“I want to congratulate our newest members - hardworking Teamsters who staff the stockroom at Chateau Ste Michelle Winery,” Scearcy said. “We look forward to working with them to negotiate a contract that instills gratitude, strength, and pride.”