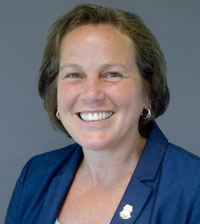 Please join me in welcoming into our Union over 400 new members of Teamsters Local 117 who work in the graphic communications industry.

Your Union’s new members work in all craft and skill areas in the printing and publishing industry. Every day, they help print, produce and design numerous publications, including the Seattle Times.  They operate web and sheet-fed, offset, letterpress, and other specialty presses, in shops like Urban Press in SODO and Capitol City Press in Olympia.  They handle binding, finishing and shipping of finished products. They are also journalists, graphic artists, typesetters, sales people and support staff.

This group of talented professionals in the graphic communications field will make our Union stronger and even more diverse.  I am excited to have them join us.

I am also excited to announce that Teamsters Local 117 has hired former GCUI Local 767-M President Brian Earl to serve as the Business Representative for members in the industry.   Brian is an attorney by trade; he has longstanding relationships with our new members and a profound knowledge of the industry.  Brian can be reached at 206-441-4860 ext. 1248 or [email protected].

Thank you for all that you do, and once again, let’s give a warm Teamsters welcome to our new members of Teamsters Local 117!