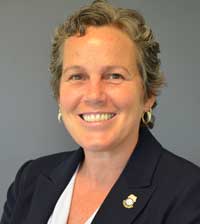 Make no mistake – 401k plans, while now widespread in the private sector, do not provide working people with the retirement security that defined benefit pensions provide. With 401ks, workers must invest their own money and then bear all of the risk of those investments. If your investments lose money, as 401k investments did precipitously during the Great Recession, your retirement savings can be decimated.

"401k plans do not provide working people with the retirement security that defined benefit pensions provide."

FIGHTING TO DEFEND OUR PENSIONS

That’s why Teamsters are standing with public employees and with workers in the private sector, like the Machinists, to defend defined benefit plans so that working people can enjoy a secure retirement.

Now more than ever, our members in the private sector must stand strong during contract negotiations to defend their pensions. For workers in the public sector, defending your pension means getting down to Olympia and talking to your legislators. It means signing up for Teamsters Lobby Day on February 20 and getting more involved in your Union.

To ensure a secure retirement, Teamsters in the public sector also have the option of adding the Teamsters pension as a supplemental defined benefit.

The Western Conference of Teamsters Pension Trust Fund is the largest area-wide multi-employer pension plan in the United States. It covers 200,000 active participants through pension agreements negotiated by local unions with more than 1,600 employers predominantly in 13 Western states. The Trust is in excellent condition and is well-funded. Thousands of retirees depend on the Teamsters pension for a stable income in their retirement years.

In January 2012, workers at the City of Kent voted to add the Teamsters pension. Workers in the City of Tacoma and the City of Pacific have followed suit.

If you are interested in setting up a pension appointment for your workgroup, talk to your Business Representative.