Have a kid or grandkid who needs money to further their education? The General Teamsters Retiree Club is now accepting applications for its 2018 scholarship.

The deadline for submitting applications for this year's scholarship is July 6, 2018.

Many of you have requested that we continue to provide updates on the Janus v AFSCME case that threatens the resources that support our ability to continue to stand together and negotiate strong contracts.

The US Supreme Court is scheduled to hear oral arguments in the case on February 26. We are expecting a decision sometime this spring.

If the court rules as we expect, you will no longer have the freedom to negotiate union security clauses in your contract. This means that public workers would be able to abandon their union membership, but continue to receive all of the benefits of representation without having to pay for it.

It may sound appealing – no union dues – but the reality is that your wages and health benefits could be cut and your contractual rights weakened in an open shop environment if we don’t stick together and defend our union.

Wealthy special interest groups like the "Freedom" Foundation may even try to trick you into “opting out” of paying your fair share.

We’ve launched a campaign called Family – Strength - Community to prepare for the Janus ruling and to defend against these attacks. Members are talking to members about how we can get ready for open shop. Over a thousand Teamsters have already signed cards committing to each other and their union.

You can learn more about Janus, hear from other Teamsters about the case and access resources at our Family – Strength – Community website.

In Washington State, workers must not experience the same erosion of rights that workers in Wisconsin have been suffering.  Wages and health care benefits plunged after that state passed laws that attacked public workers’ right to collectively bargain.

If you have any questions about open shop or about the Janus case, talk to a shop steward or your union representative. You can also email me directly.

The results are in! King County bargaining units vote to ratify contracts 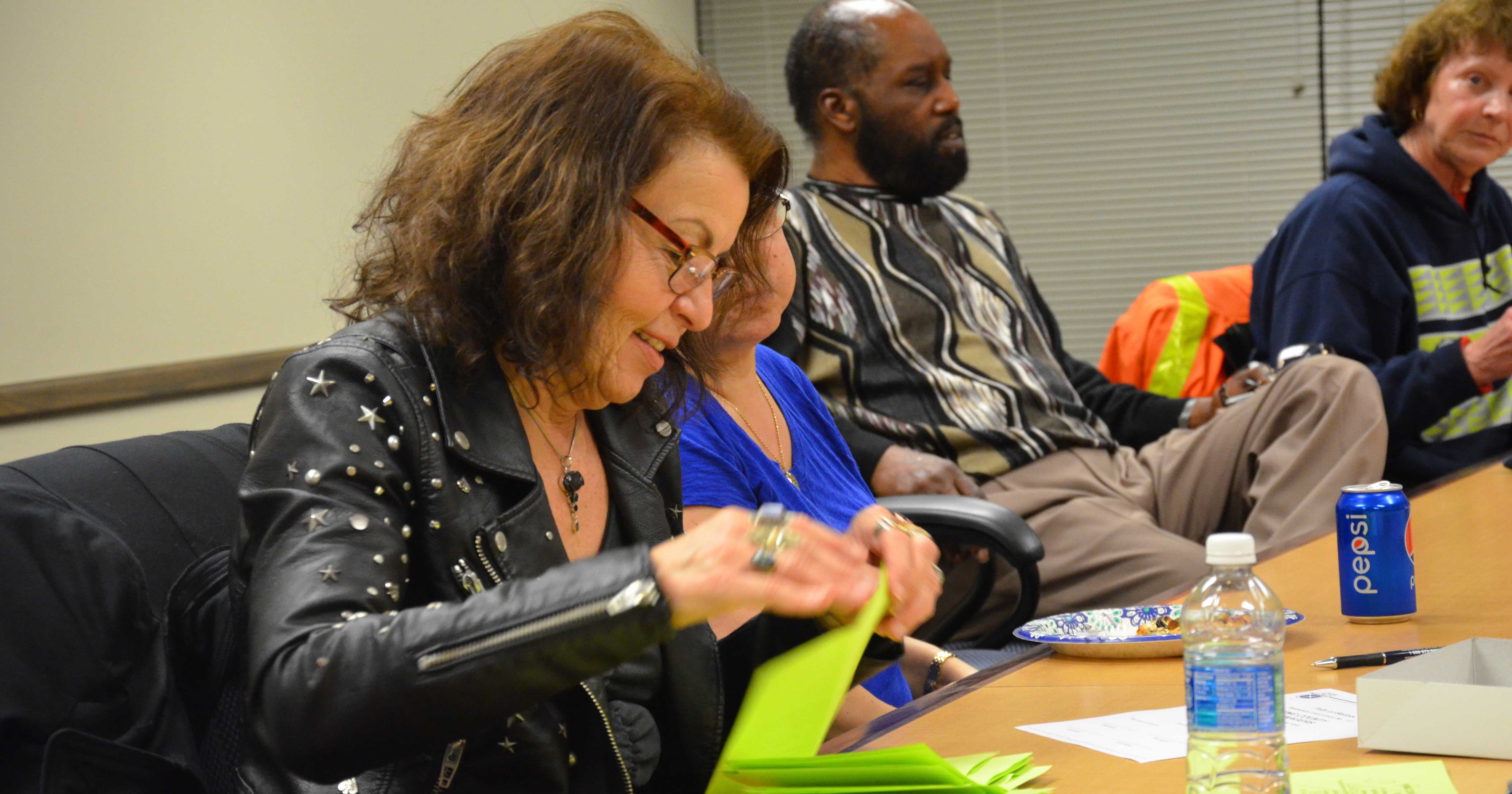 Lynn Constantine and other member volunteers tally up the votes for Local 117 King County bargaining unit contracts at the Teamsters hall in Tukwila on January 18.

Voting took place over the course of two weeks at more than twenty meetings across the county. Turnout in the contract vote was historically high.

On Thursday evening, member volunteers tallied up the votes on contracts covering 12 bargaining units and over 1200 King County Teamsters.

You can view the results according to bargaining unit below:

In voting to approve a Master Labor Agreement (MLA), which was negotiated last year between our Coalition of Unions and the County, members will receive a total wage increase of 3.25%. Members also voted to approve their individual bargaining unit’s appendix agreements.

The MLA together with the appendix agreements contain many improvements, including a provision for economic equity, expanded bereavement leave, protections against sub-contracting, professional development opportunities, among others.

Mary Jane Friel, a county utility worker who served on the bargaining committee, said she is pleased with the results. “We were especially proud to change the language around discipline, the sunset clause. We fought really hard for that. And the boot allowance is important for our group.”

You can access a summary of the highlights of the MLA as well as a redline document of the agreement on our Teamsters website. Contract summary documents and the redline versions for individual units can also be found online.

"I want to congratulate our members at King County on their new contracts that provide across-the-board wage increases and critical workplace protections," said John Scearcy, Secretary-Treasurer of Teamsters Local 117. "King County Teamsters provide essential services to our community. These contracts represent an important step toward recognizing their labor and the invaluable contributions they make to the residents of King County." 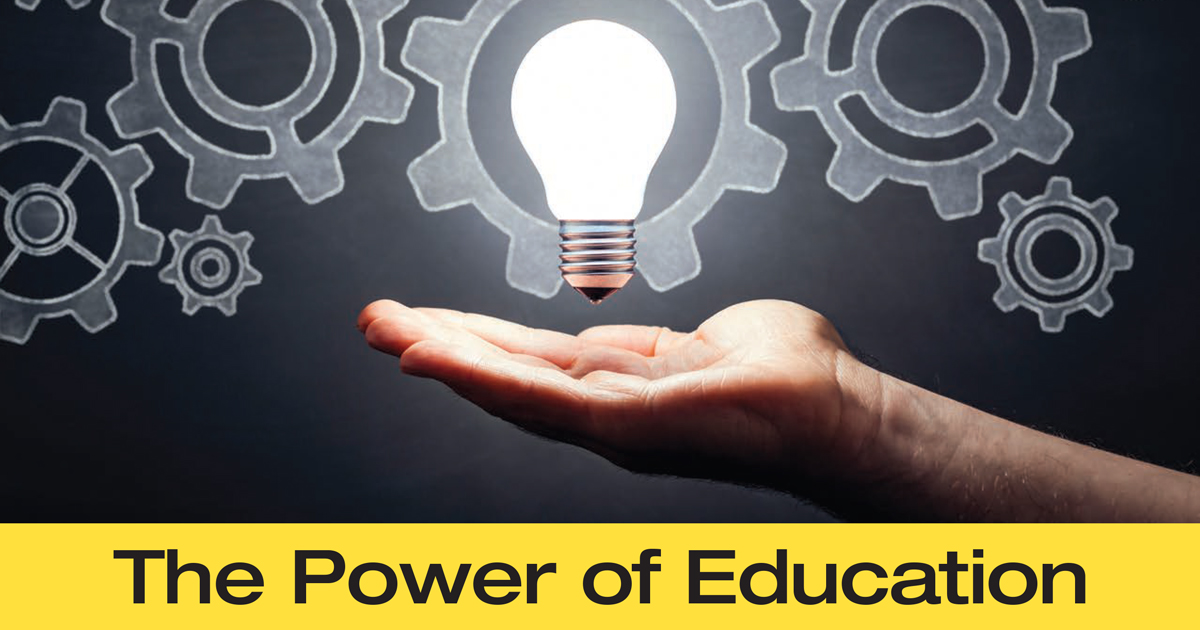 Our international union is now accepting applications for the 2018 James R. Hoffa Memorial Scholarship. For the first time, scholarships will be awarded to students attending training and vocational programs.

The children and financial dependents of Teamster members are eligible to apply.

Academic scholarship awards ranging from $1,000 to $10,000 for high school seniors planning to attend a four-year college or university and Training/Vocational Program awards of up to $2,000 for use at community colleges and trade schools.

A new and improved online application process can be found on the James R. Hoffa Memorial Scholarship Fund’s website: www.jrhmsf.org

Legislative session kicks off this week - check out our priorities here! 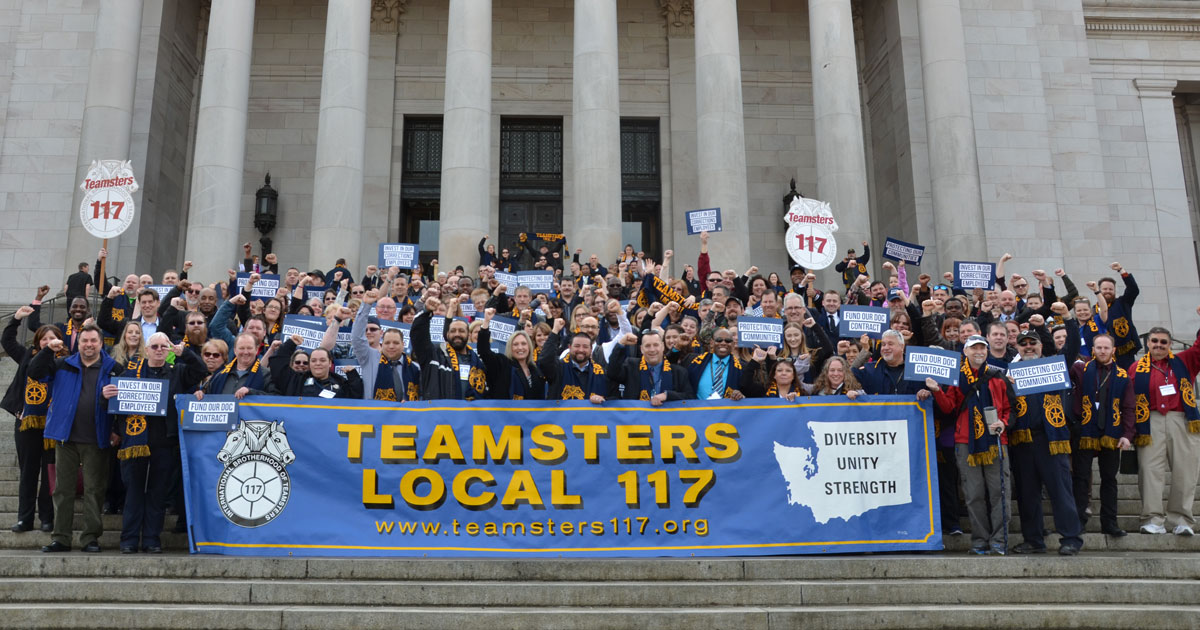 Legislative session kicks off on January 8, 2018

A 60-day session of the Washington State Legislature kicks off on January 8, 2018 and will run through March 9.

During that time, we will be working to pass bills that help workers, increase government accountability, and protect the health of our families and workers.

Our union employs a full-time Legislative Affairs Director, Brenda Wiest, who will be on the ground every day in Olympia working to protect the rights of Local 117 members and their families. Brenda works closely with Political Action Director, Dustin Lambro, who is organizing opportunities throughout session for members to speak directly with their legislators about critical issues.

We will be holding two major lobby day events this year, for our for-hire drivers on January 24, and for our public sector and DOC members on February 12-13. Talk to your union representative about how you can get involved or call Dustin at 206-794-2606.

This legislative session our priorities include:

Priorities that are good for workers and our communities 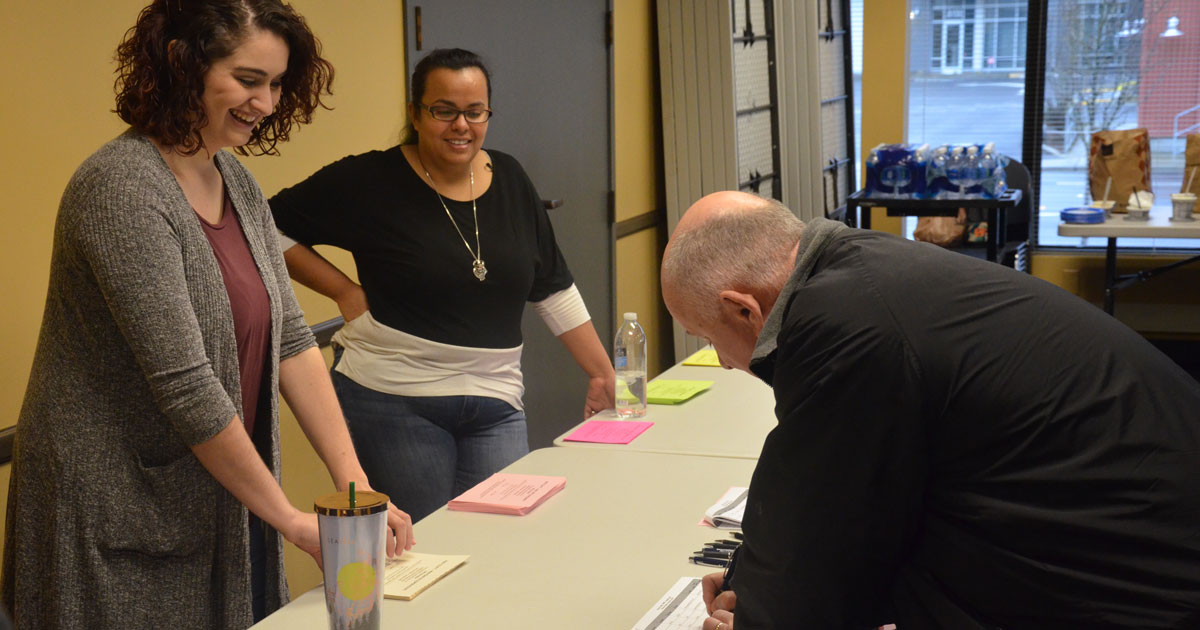 The vote is underway. King County Teamsters have begun casting their ballots on their contract. The voting is the culmination of a year of bargaining, starting at the coalition level and concluding with small table negotiations.

Voting kicked off last week for several King County groups. The first vote meeting for all units was held on Saturday at our union hall in Tukwila. You can access a schedule of all the meeting times and locations here.

Lester Van Gelder, a wastewater treatment supervisor and shop steward who participated in coalition bargaining, encouraged his co-workers to participate. “It’s extremely important - this is affecting your livelihood,” he said.

“If you’re not voting, you’re not getting heard,” added Bobby Stalnaker, a steward in the security screener’s unit. “This is a chance for you to get your voice out there.”

Members are voting both on a Master Labor Agreement (MLA), which was negotiated last year between our Coalition of Unions and the County, and their individual bargaining unit’s appendix agreements.

The MLA consolidates language from contracts across the county into one unified contract.

Starting in January, we will be conducting contract ratification meetings for all Teamsters who work at King County.

At the meetings, you will have an opportunity to vote on the Master Labor Agreement (MLA), which is unanimously recommended by all members of the King County Coalition of Unions, and on your individual bargaining unit's appendix or "small table" agreement.

To prepare for the vote, you can review the MLA and your individual unit's agreement here.

To vote, you must attend one of the drop-in ratification meetings below. If you have any questions, please contract your union representative or shop steward. For a print posting of the schedule, click here.

Give Blood, Save Lives at our Local 117 Blood Drive 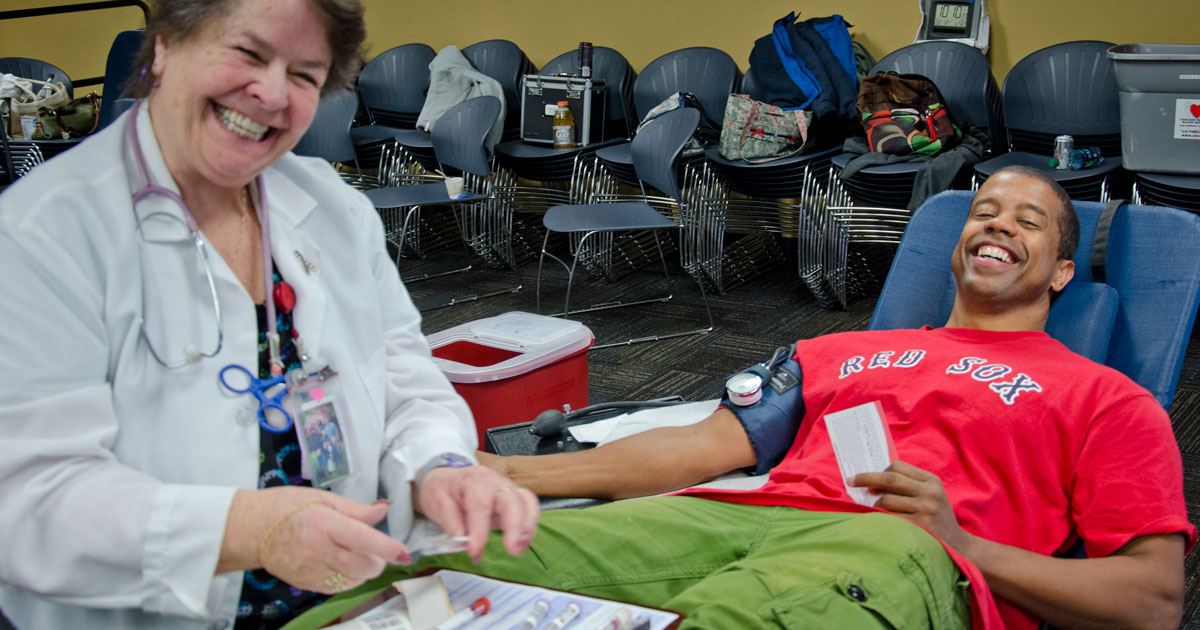 It is that time of year for our annual Blood Drive event!

Our Teamsters Local 117 Blood Drive will be held on Saturday, November 18 at the Union hall in Tukwila from 8 a.m. to 2 p.m.  All donors will receive a $25 Safeway gift card.

If you don’t live in the area, you can still participate!  Any donations made between November 8 and November 22 will be rewarded with a $25 Safeway gift card as well (just mail in the proof of donation to the Union Hall).

Can you help collect toys for our Teamsters Toy Drive? 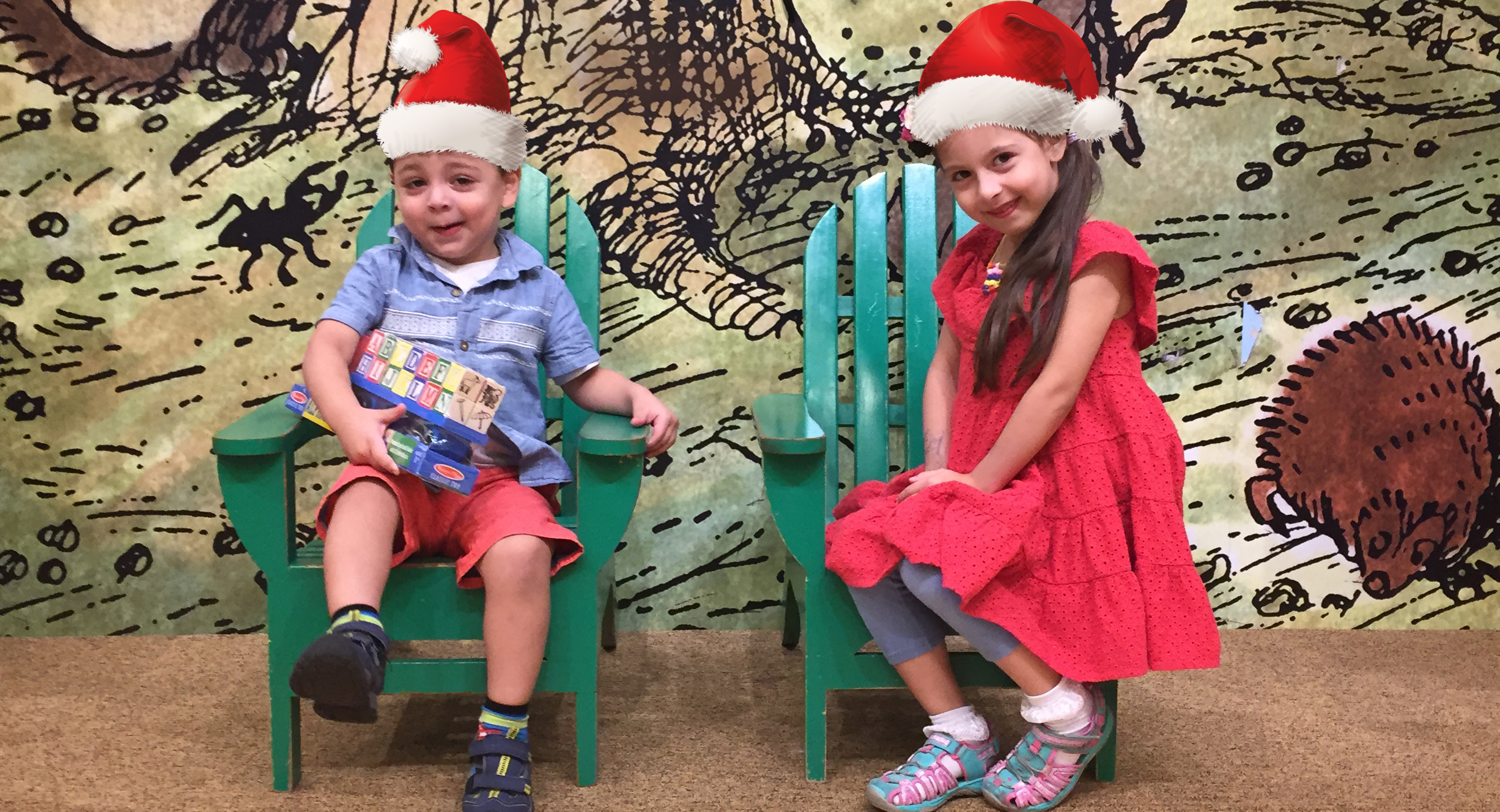 This holiday season our union is holding a Toy Drive to give back to children in need. To successfully pull this off, we need your help!

The toys will be donated to Local 117 families who are struggling this year. All remaining toys will go to Treehouse for Kids, a local non-profit that works with foster children.

Can you commit some time to collect toys in your shop?

If you can help, please email Taylor House at Taylor.House@Teamsters117.org with your name, email, current phone number, and day you will be able to come pick up your donation box.

You can pick up your box and flyers promoting the Toy Drive at the union hall between Wednesday, Nov. 15 and Friday, Nov. 17.  From there, you place the boxes in your designated break areas so your co-workers can donate. The boxes will need to be returned to the hall by Friday, December 15.

This deadline ensures we can get the gifts to Local 117 families and deliver excess toys to Treehouse for Kids in time for disbursement. For last minute donations, we will also be collecting toys during our Thursday, December 21 Holiday Membership Meeting.

Thank you for all of your hard work on the shop floor. Let's work together to help our communities this holiday season!

Jessica Olivas: Our New Rep with Skills as an Organizer 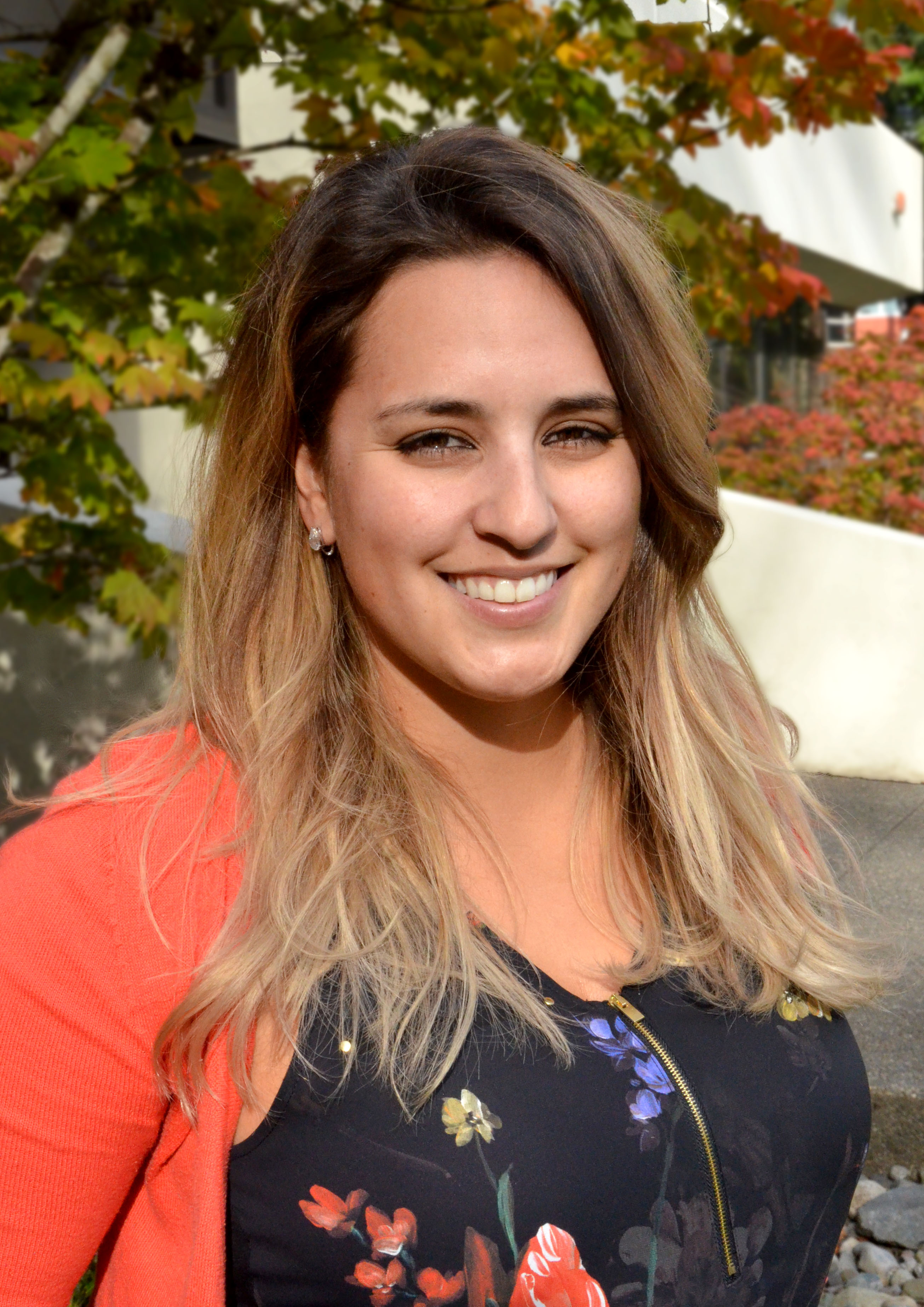 Jessica grew up in a small town in the Yakima Valley in a family of Teamsters. Her brothers are both police officers and members of the union.

At the University of Washington, she majored in Political Science and engaged in Latin American studies and Law. She credits her activist skills to working with a non-profit fighting for immigrant rights.

“I learned the basics of organizing and become a truly passionate activist there.” Since then she has worked in the labor movement for almost 7 years, most of which she spent as an organizer with UFCW.