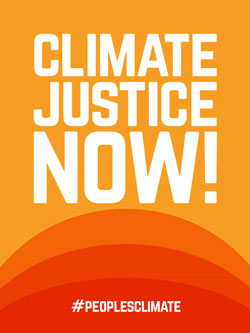 Climate change is one of the most important issues of our times. Left unchecked it will impact workers all over the world.

Last year's march signaled to global leaders that large numbers of people in the United States cared about the climate crisis. Not only was the march the largest action on climate in history, but we successfully changed the notion that climate change was just an environmental issue. The march made it clear that this is also a social and economic justice struggle.

On October 14, we will gather at Seattle City Hall Plaza starting at 5:00 pm, and at 5:30 we will march to Occidental Park where there will be music, a rally, and speakers, including Naomi Klein.

Join fellow Local 117 members as we stand up for climate justice!  Make sure that labor's voice is heard!