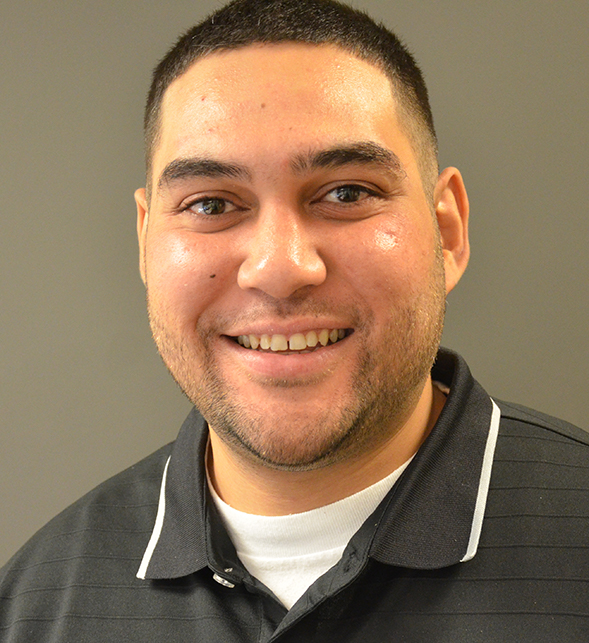 New Local 117 union rep, Jonathan Makue, has deep roots in Hawaiian culture. His family’s ancestors date back to King Kamehameha, the islands’ founder, and his grandparents grew up speaking the Hawaiian language.

Makue spent his early years traveling back and forth between his grandparent’s place on Oahu and the mainland where his father had built a business in the fishing industry in the Pacific Northwest.

As a young man, he spent five years working in the canneries in Alaska. He started out on the slime line, cutting up salmon and yanking out the guts, promoted to forklift operator, and finally floor manager. “We were in the middle of nowhere,” Makue says. “You could see Russia on a clear day.”

After Alaska, he worked for a short time down on the Ballard docks, before landing his first Teamsters job at the Safeway Beverage plant in Bellevue in 2012.

“It was the best decision I ever made,” he said. “I finally felt like a human being who had rights.” He appreciated the just cause protections at his new job, the negotiated wage increases, and the Teamster benefits.

"I’ve always known that I wanted to be part of something greater than myself."

He quickly got involved with the union. He helped organize a meeting with Kris Fish, the group’s Rep, to talk about getting a shop steward for workers on swing shift. Kris agreed and Makue was voted into that role. In September, Makue joined the staff of Local 117 and will represent Teamsters in the beverage, cold storage, and light construction industries.

He already feels right at home in his new job. “I’ve always known that I wanted to be part of something greater than myself. Once I became a union rep, I knew what that was. The Teamsters have taught me to lead by example, with respect, discipline, and integrity.”