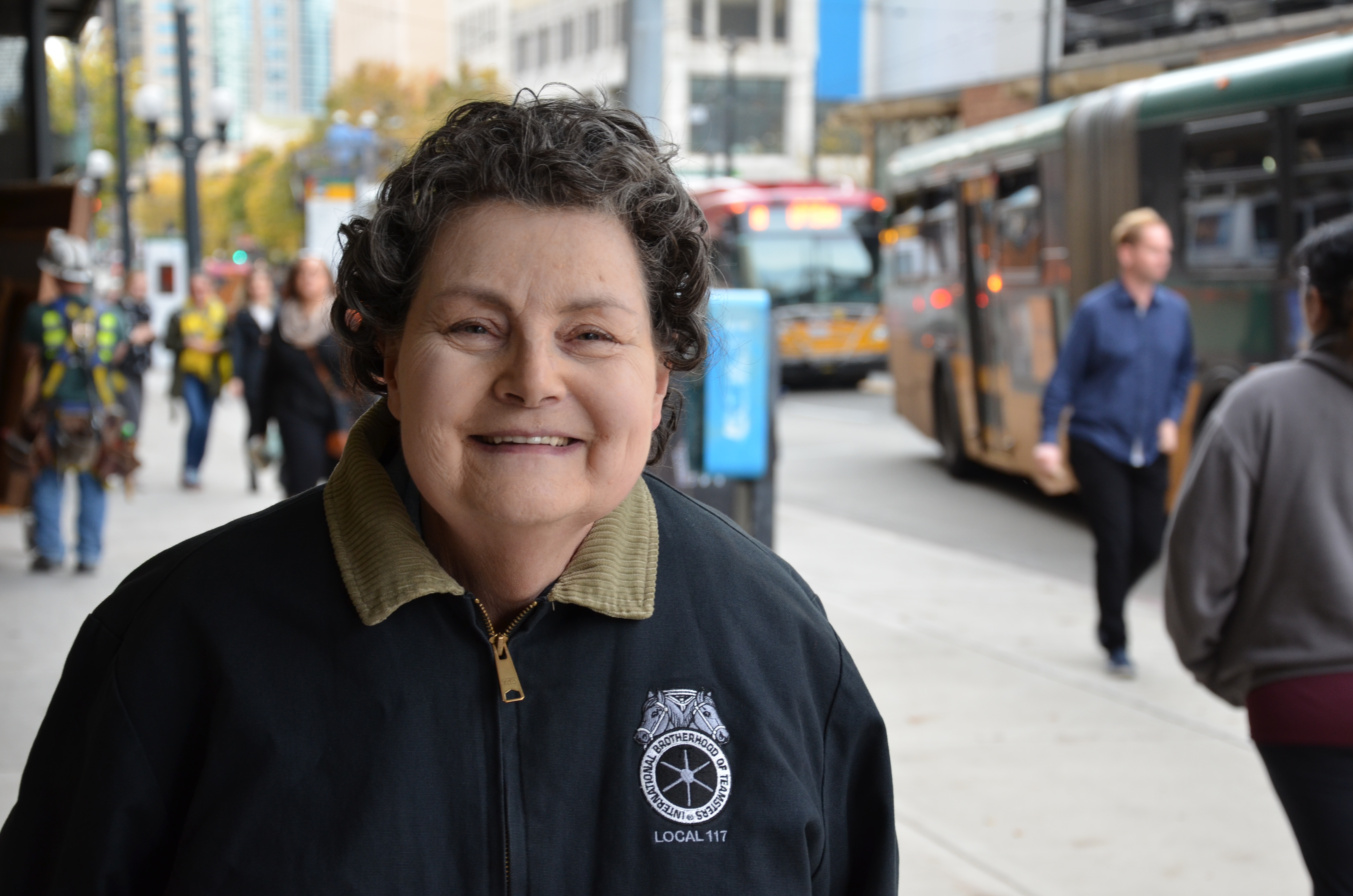 After the infamous 2000 election, Deb Dahlin made it her mission to help more people vote. With only a 537 vote margin in Florida separating George W. Bush from Al Gore, she saw the importance of each vote.

In 2000 there were over 4.7 million people eligible to vote in Florida that did not cast a ballot. Many of them simply were not registered. After Deb saw this, she set out to register 537 voters in Washington. She started with friends and her Teamster coworkers at Macy's. And, within a short time she had reached her goal.

But Deb was not satisfied. Seeing the impact that she was having, she set out on a much loftier goal of registering 10,000 voters. She would camp out at the Green Lake trail with a stack of voter registration forms, looking for people who had recently moved to the area or turned 18.

Deb does not seek to register only Democrats or Republicans. To her, it’s about helping others get involved in the political process. But she added that defeating Donald Trump gave her added motivation over the past year.

Many of her newly registered voters are also her fellow union members. She proudly wears Teamsters gear when she registers voters. In the mid 2000’s, Secretary-Treasurer John Williams even hired Deb to boost the number of Local 117 members registered to vote.

Eventually Deb reached her goal of 10,000 voters. But instead of calling it quits, she set an even more ambitious goal — 25,000 voters.

Tomorrow will mark 16 years since the 2000 election, and Deb shows no sign of slowing down. This past fall, Deb registered her 14,000th voter. She says she is motivated by giving people a voice. “Everybody has an opinion and they should be able to express it by voting,” she says.