Jeff Alfieri: A Life Dedicated to Service and Community 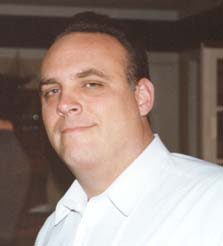 Jeff Alfieri served as a Business Representative with Teamsters Local 117 from January 4, 1993, until his untimely death on February 17, 2003.

Jeff had an independent streak that was tempered by a big heart. In 1980, Jeff joined Local 117 working in the warehouse at Alaskan Copper and Brass. He was immediately involved in two strikes in 1985 and 1986 that ultimately resulted in new contracts.

Jeff left Alaskan Copper and Brass to attend law school, although in his heart he always wanted to be a Business Representative rather than work as a practicing lawyer.

While attending law school at Gonzaga University, Jeff paid his way by working at Safeway. After law school, Jeff volunteered to again help his brothers and sisters at Alaskan Copper and Brass who were engaged in a six month strike that settled in March of 1992. The experience pushed Jeff to aggressively seek work in his Union, so that he could help in the fight for justice for working men and women.

On January 4, 1993 Jeff became a Business Representative at Local 117.

Jeff was a lifelong resident of the region with family roots that run deep into the community. Being raised in a strong family environment instilled in Jeff a deep sense of caring for everyone in need. He was selfless in his devotion to his work at the Union and to the members he represented. While long hours and weekend work, are not uncommon among Union staff, Jeff raised the bar with his dedication to getting the job done no matter what it took. His heart was always with the members of the Union that he loved so much.

After his death in 2003, the Alfieri family established this scholarship for the children of members of Local 117, as a way to preserve his memory in the Union he so loved.