In May, I accompanied a member from the Steilacoom Police Department to the National Law Enforcement Officers Memorial in Washington D.C. for the National Police Week ceremonies. I’ve made this trip several times to pay respect to those who have died in the line of duty. 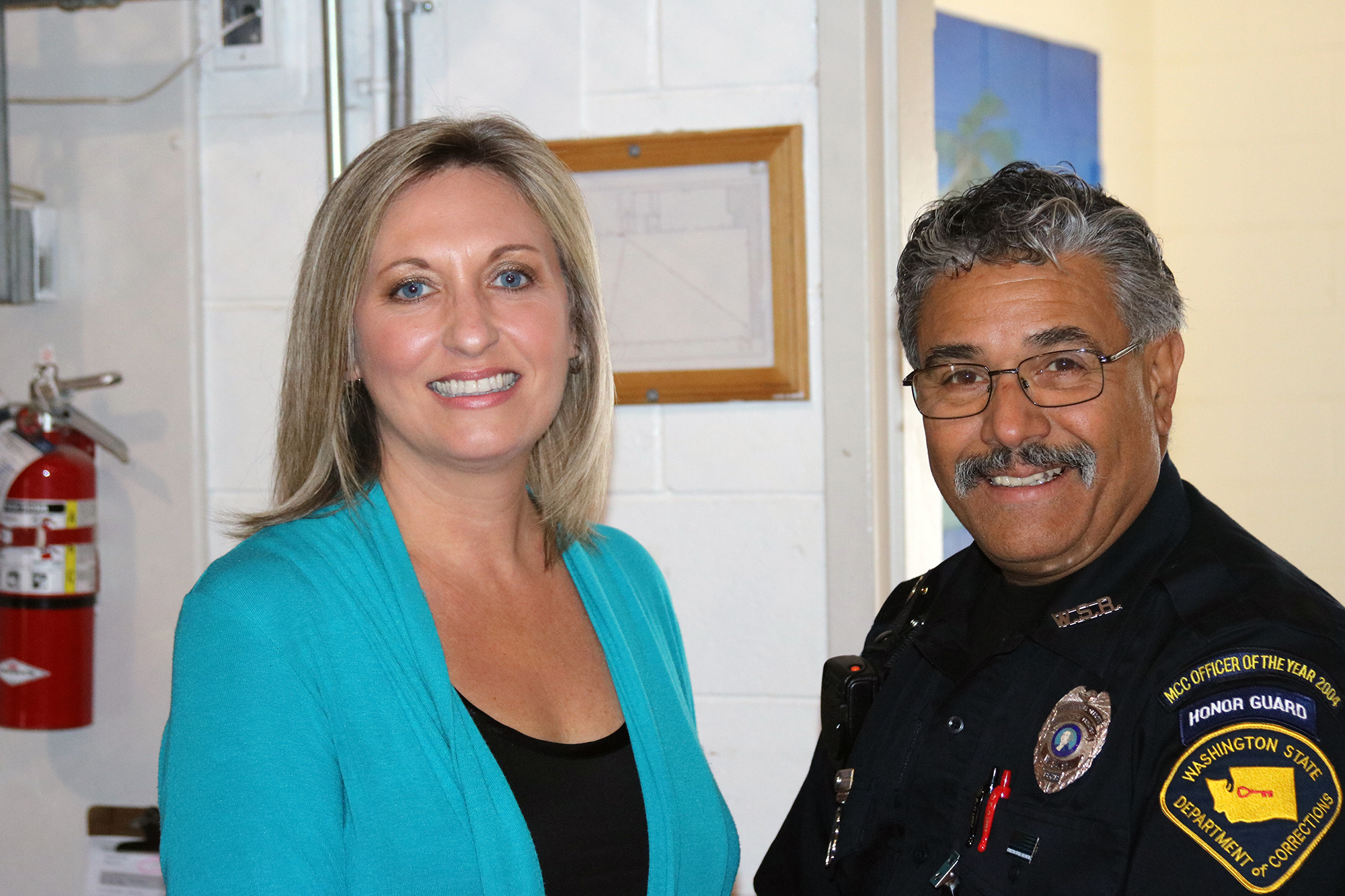 Delivering a check to Officer Edwin Gonzalez at his post at the Washington State Reformatory. The check will help him offset his costs from traveling to Washington D.C.

In May, I accompanied a member from the Steilacoom Police Department to the National Law Enforcement Officers Memorial in Washington D.C. for the National Police Week ceremonies. I’ve made this trip several times to pay respect to those who have died in the line of duty.

Visiting the memorial is an extremely emotional experience for me. No matter how many times I go, it never gets easier. During my trip this year, I became aware that that Officer Edwin Gonzalez from the Monroe Correctional Complex was also at the memorial so I arranged for us to meet. The time I spent with Officer Gonzalez moved me so much that instead of sharing my experience, I want to share his.

Officer Gonzalez has traveled to the ceremony in Washington D.C. every year since Jayme Biendl’s murder in 2011. To him, this isn’t a vacation. He takes part in nearly every activity, from the run, to the wreath laying ceremonies. At first, I assumed he came on official DOC business, but I wrong. He does this on his own time and with his own money.

When I met Officer Gonzalez, he was decorated head to toe in his MCC Honor Guard uniform. After watching him take part in the wreath laying ceremony at the Law Enforcement Memorial, we chatted, took photos together and then I invited him to dinner.

Over dinner, I heard the story of a man who has dedicated his life to serving his country and his community. His words and actions epitomize his humility and his deep devotion to public service. He is a man who refuses any recognition, but if only for this moment, I would like to give him some.

Gonzalez began his life of service at 18 when he joined the Army as an infantryman. He says he would have joined at 17 if his mom were willing to sign his paperwork. He served his country for 24 years before retiring from the Army.

After leaving military service and considering himself too young to retire, he began working for the DOC at McNeil Island. He later moved to the Washington State Reformatory (WSR) at MCC where he has been ever since. This year marks his 18th with the department. 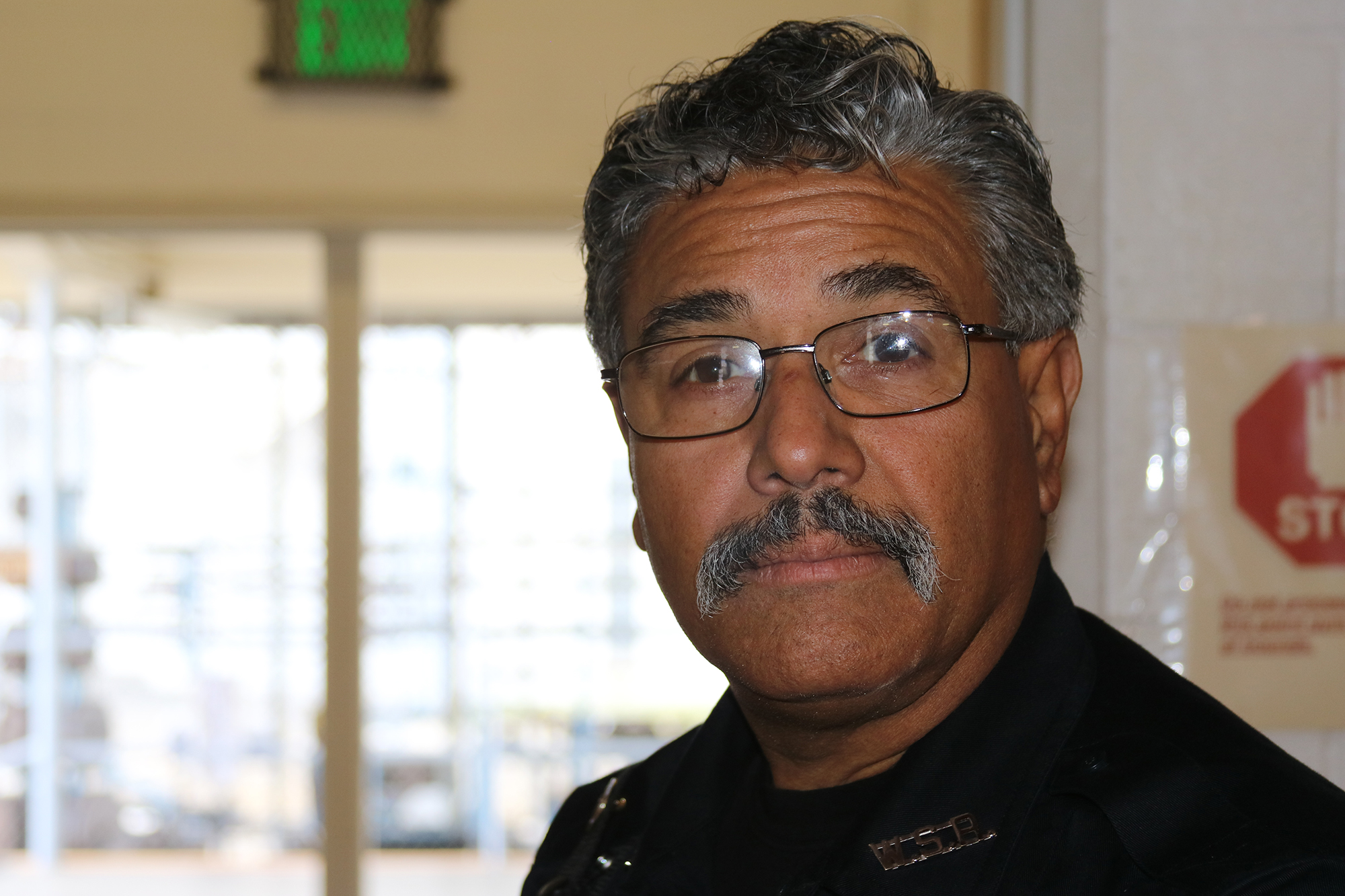 Officer Edwin Gonzalez at his post at the Washington State Reformatory.

If 44 years of combined service wasn’t enough, Officer Gonzalez has spent the last 16 years honoring the service of others in nearly every way possible. In addition to attending the ceremony in D.C., he has been active in the Monroe Corrections Honor Guard since its founding in 2000. He also takes part in and helps raise funds for the annual Walk of Remembrance Ceremony each August at MCC. 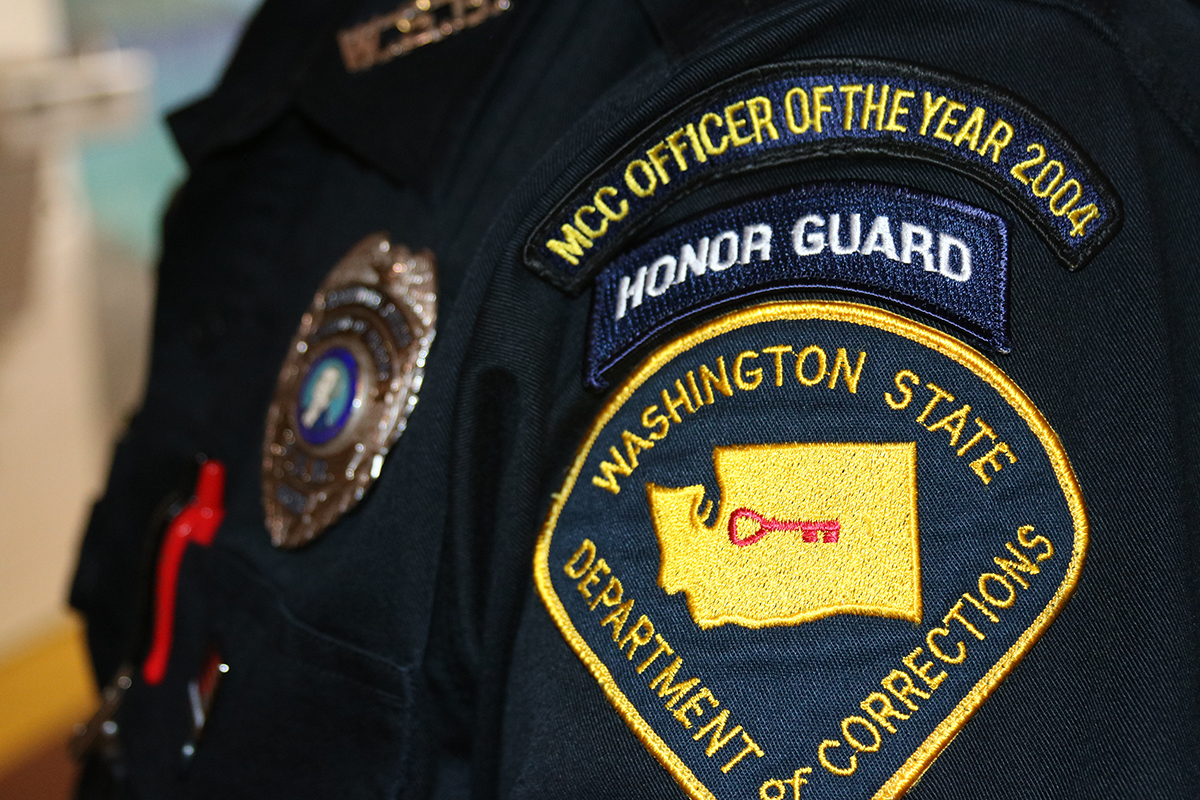 His mission is to let the families of the fallen know they will not be forgotten. He doesn’t look at how one passed away. He simply honors their service. He says it isn’t his role to pass judgment on how they passed.

Officer Gonzalez stands for everything that is right about the culture at the DOC. He doesn’t do any of this expecting recognition. He does it because service is in his blood.

When I asked about his future plans, he said his goal is to participate in the Police Unity Tour bike ride from New Jersey to D.C. when he retires in five years. This will be 10 years since Jayme paid the ultimate sacrifice, and he is doing this to honor her memory.

After our dinner, I couldn’t help but be upset that he had paid for this trip to D.C. out of his own pocket. I decided that if the DOC isn’t supporting him, then his Union will.  So, at our most recent Executive Board meeting I told his story and asked the E-Board to make a $500 donation to him to help offset his expenses.

Officer Gonzalez has spent his life providing service and honoring the service of others. It is time we do the same for him.

Thank you Officer Edwin Gonzalez and all of our correctional and law enforcement members. Your service does not go unnoticed.

Teamsters Local 117 President and Director of Corrections and Law Enforcement

Sign in with or
Don't have an account? Click here to create one.
Please check your e-mail for a link to activate your account.
No recent activity
Woodrow: 'Honoring a Devoted Public Servant'
Honoring a devoted public servant
TEAMSTERS POWER