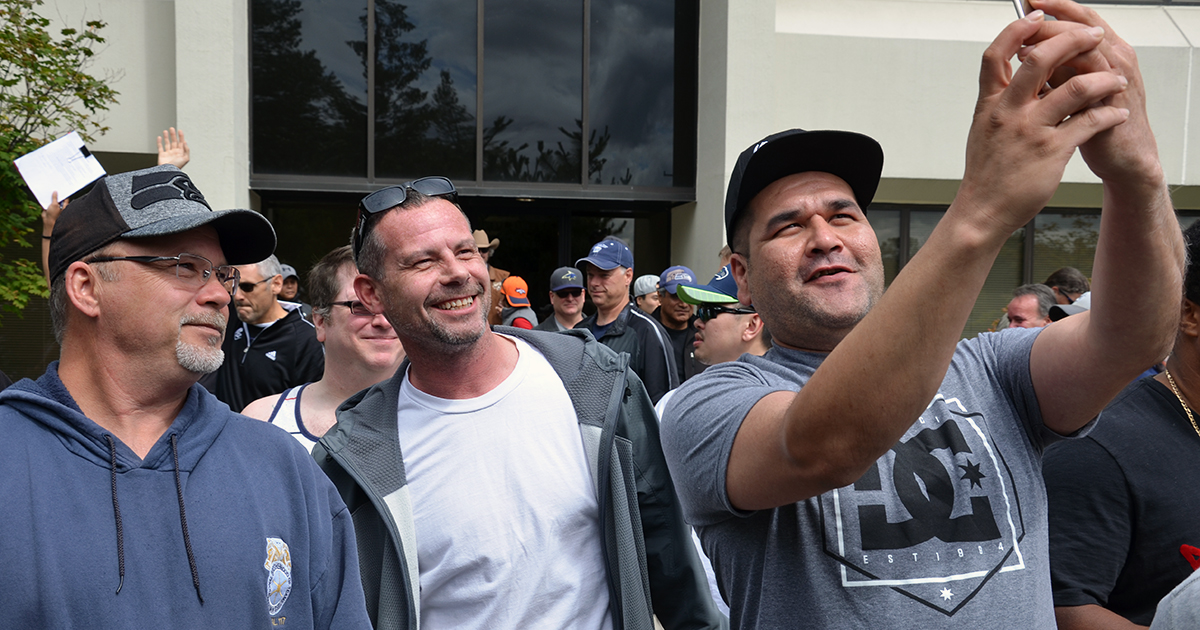 The vote, which took place at the Teamsters Union Hall in Tukwila on July 23, was 139 in favor of ratification to 7 opposed. The proposal was fully-recommended by the bargaining committee.

The ratification comes after several contentious months of negotiations. Facing an uncertain future, the workers at Darigold stood together in solidarity on several occasions. Twice, the workers voted to authorize a strike. In the end, their strength prevailed, with a strong new contract.

“These workers should be proud of their strength and solidarity throughout the bargaining process,” said John Scearcy, Secretary-Treasurer of Teamsters Local 117.  “Their unwavering support for each other made this deal possible.”

Darigold had proposed dramatic changes to health and welfare benefits. But were ultimately we were able to secure wage and pension increases while maintaining that the employer pays the lion's share of health care cost increases.

“This was a complete team effort,” said Mike Esteron, a Darigold employee and member of the union bargaining committee. “the leadership at Local 117 worked side-by-side with the bargaining team to win this contract.”

Sign in with or
Don't have an account? Click here to create one.
Please check your e-mail for a link to activate your account.
No recent activity
#Teamsters at Darigold voted to ratify a new five-year contract. #1u
Teamsters at Darigold Ratify Five-Year Contract
TEAMSTERS POWER