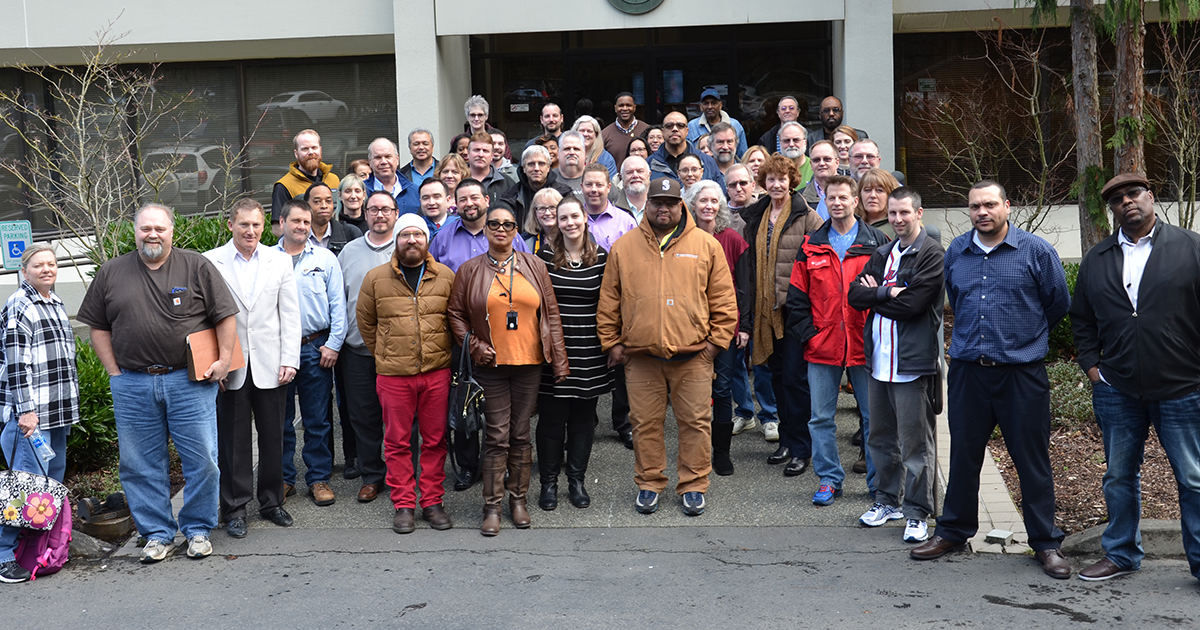 Our King County Coalition of Unions met with the County again yesterday at the Teamsters hall in Tukwila to continue negotiations over a Master Labor Agreement (MLA).

With these negotiations, we are working to consolidate common language in our contracts into one general agreement that will apply to all Unions in the Coalition that vote to accept the MLA.

We also aim at setting contractual minimums for participating bargaining units to promote equity throughout the Coalition agreements.

Bargaining units that successfully ratify the MLA by the end of 2017 will receive an additional 1 percent general wage increase effective January 2018.

On April 20, our Coalition team, which consists of dozens of Union Representatives and rank-and-file Union leaders, met again with the County.

In the last bargaining session on March 30, we presented our initial comprehensive proposal for the MLA. We believe our proposal strongly reflects the interests of the membership by including some of the best language from the contracts of the Coalition’s individual bargaining units.

If you have questions, please contact your Bargaining Committee member or your Union Representative.  Thank you for your service to the residents of King County.