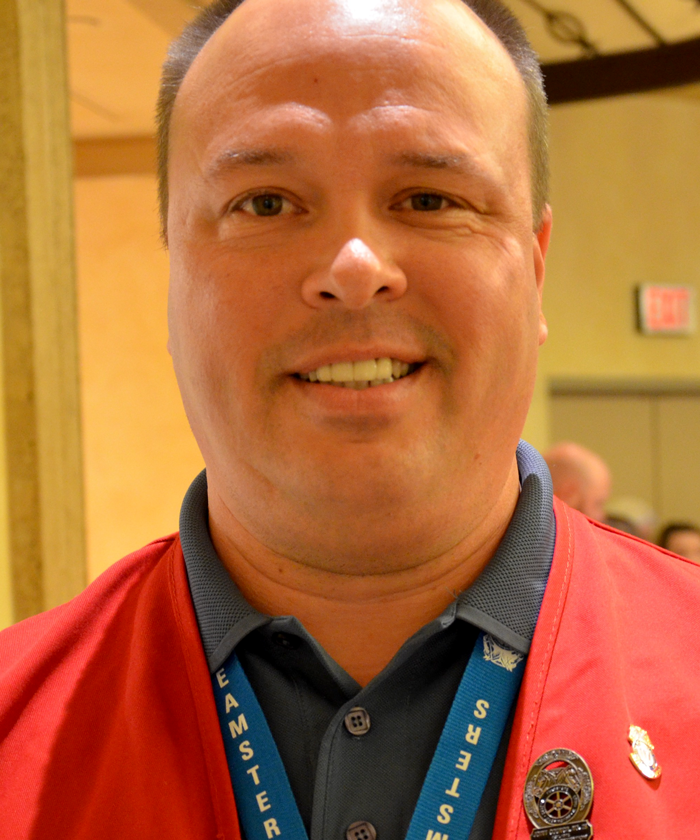 Tell us about your work as a Teamster.

I’m a Teamster driver at Estenson Logistics. We haul Darigold product throughout the West. I just became a Shop Steward in the last year. I got involved because I wanted to better our shop and to work for the members.

What were you hoping to gain when you came to the Convention?

To learn a lot more about the Teamsters as a whole. I am really encouraged by how committed we are as a union to fight for workers’ rights when companies are going after the union.

How has the Convention been so far?

It’s been fantastic - seeing the unity and everybody coming together. The speakers have been phenomenal. You hear the stories from everybody and you really appreciate the work the union is doing. One of the port truck drivers from LA was especially inspiring - such a fantastic story.

What do you want to bring back to the membership?

Just about the need to get more involved. For everybody to do their part and to strengthen the union and be unified is key.