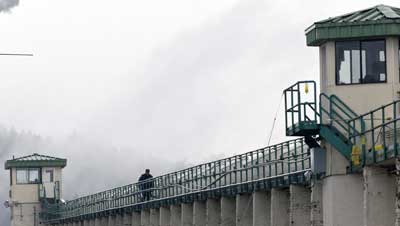 (Tukwila, WA) – An arbitrator has issued a stinging rebuke to the Department of Corrections (DOC) in a ruling that favors four correctional employees at the Monroe Correctional Complex (MCC), who were disciplined by the DOC after Byron Scherf’s murder of Officer Jayme Biendl in the prison chapel on January 29, 2011.

“The arbitrator’s ruling clearly demonstrates that the DOC imposed unfair discipline on its employees in the wake of this terrible tragedy,” said Tracey A. Thompson, Secretary-Treasurer of Teamsters Local 117.

Arbitrator Cavanaugh’s ruling orders the DOC to immediately reinstate and make whole the three discharged correctional officers for lost wages and benefits. The demoted correctional sergeant must be reinstated to his former position and be made whole.

In reaching his conclusions, the arbitrator repeatedly referenced a Washington State Labor & Industries report of the incident that describes a “culture of complacency” at the facility and a failure by the DOC management to enforce policies and procedures designed to keep its employees safe. The National Institution of Corrections had also issued a report making numerous recommendations to correct serious systemic safety problems.

“Instead of focusing on the underlying issues and the need for sweeping reform, DOC engaged in unfair finger pointing at the line corrections staff who risk their lives every day to keep our communities safe,” Thompson said. “While some improvements have been made since Jayme’s murder, staff safety remains an issue in our State’s prison system. Until it is adequately addressed, the need to improve prison safety for staff must be DOC’s number one priority.”

View a PDF of this press release.