Tune in today at 2PM! Learn how a court case threatens the freedom of public sector union members

Teamsters across the country have a special opportunity today to learn more about a Supreme Court case that presents a grave threat to the freedom of members working in the public sector. 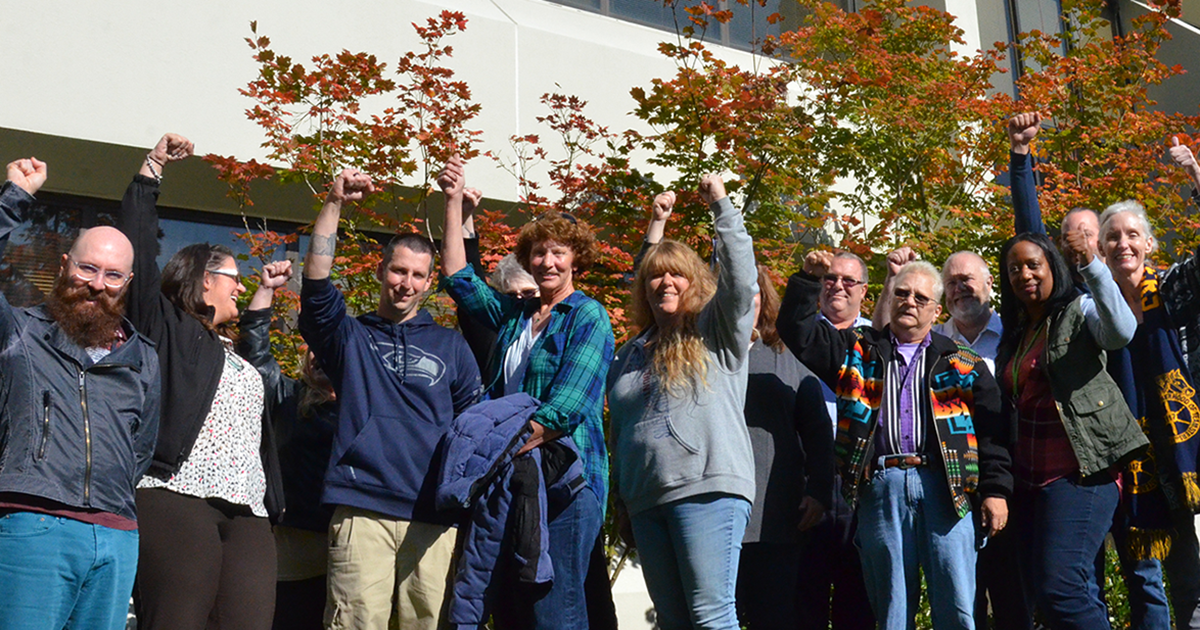 Teamsters across the country have a special opportunity today to learn more about a Supreme Court case that presents a grave threat to the freedom of members working in the public sector.

The Rick Smith Show will be devoting today's episode to Janus v AFSCME, a case that takes aim at the ability of working people to join together in strong unions to speak up for themselves, their families and their communities.

You can view the show online starting today at 2PM at www.TheRickSmithShow.com. If you have a question or wish to express an opinion, you can call in at 717-422-5215. This episode of the show will also be available online after it airs.

Rick Smith is a fellow Teamster who grew up in a working class neighborhood in Cleveland. He took his straight shooting no nonsense Teamster outlook to the air and started mixing it up with working people across the Midwest. His show grew steadily, attracting listeners starved for a voice that spoke to working stiffs who felt the economic floor crumbling beneath them.

Smith will focus today's show on the Janus case, which is the culmination of decades of attacks on working families by wealthy CEOs and the politicians who do their bidding to rig the economy in their favor. They want to weaken unions because unions have played a central role in defending the freedoms we cherish to build and protect the middle class.

No one knows exactly how the Court will rule on Janus, but experts believe there is a strong likelihood that Janus will eliminate your freedom to negotiate union security clauses in the public sector. If this occurs, members would be able to abandon their membership, but continue to receive all of the benefits of representation without having to pay for it. Unions would lose resources, contracts would become weaker, and the membership would become divided.

The so-called “Freedom Foundation”, a front group for wealthy corporate interests and a strong supporter of Janus, has already started contacting union members in Washington State, encouraging them to abandon their unions. You can learn more about the Freedom Foundation’s anti-worker agenda at www.FamilyStrengthCommunity.org.

The best way for us as members of Teamsters Local 117 to prepare for an adverse Janus ruling is to stand together with our co-workers and reaffirm our commitment to each other. We have a plan to win and be even stronger, with members leading the way. Many members across our union who work in the public sector have already signed cards or an online pledge committing to stick together with their co-workers no matter how the Court rules.

Our union is incredibly resilient. We have faced many challenges in the past, and we’ve proven that when we stand together, we can improve our lives and our communities. We are confident we will prevail this time as well.