At the previous meeting the County indicated a willingness to extend the existing COLA language for one year while continuing to work on other issues. Prior to today’s meeting with the County, the Coalition caucused to agree on a response to the County, for today’s meeting. During the caucus, strategies for current circumstances were discussed along with the desire for the County to not include the unrepresented in their costing data and analyses.

If you live in Pierce County, your son or daughter may be eligible to apply for the Jerry Beckendorf scholarship, but you'd better hurry - the deadline to apply is February 28, 2014.

Since 2003, the Jerry Beckendorf Community Services Scholarship program has awarded more than $42,000 to 70 graduating seniors from Union families living in Pierce County. 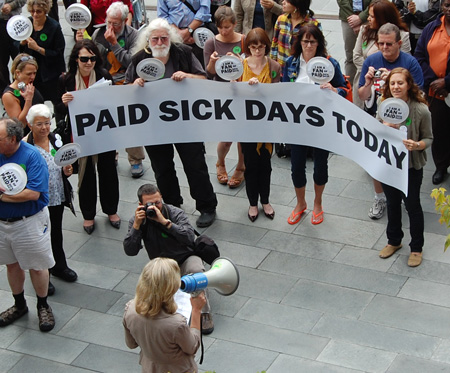 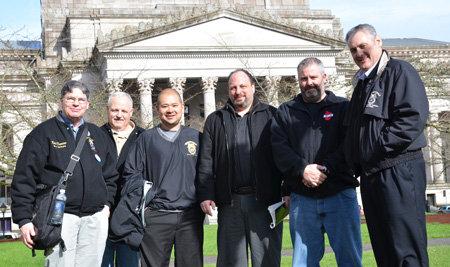 On February 12, King County met with the King County Coalition of Unions to address two key components of the Coalition’s November 21 proposal.

Matt McCoy from the County outlined the cost incurred to provide an additional two steps (Step 11 and Step 12) to the Squared Table, as well as a Vacation Cash Out option. It was discussed that 63% of Coalition employees are at Step 10. Adding two steps would result in a 2.78% on-going, long-term cost increase in total payroll. The vacation cash out option would be a one-time payroll cost increase of 4.75% (or $29 million in real dollars). Therefore, the immediate combined increase in total payroll cost to the County would be 7.53%.

According to Dwight Dively (Budget Director) at a December presentation to the Coalition, the General Fund Revenue is expected to have an “…average long-term revenue growth of about 2.5%.”

A proposed settlement to a class action lawsuit involving AETNA may impact some Local 117 members employed at King County.

AETNA plan members who received services from out-of-network providers from March 1, 2001 through August 30, 2013 may be eligible for cash payment under the proposal.

If you qualify for payment, you must fill out and return a Claim Form (with any necessary supporting documentation) by first class mail, postmarked no later than March 28, 2014.

Your legal rights in the settlement as well as information about the case are outlined in a court-authorized notice. Be sure to read over the notice carefully to determine your eligibility and your options in the case.

At a meeting on January 22, King County had planned to present its counterproposal to the KC Coalition of Unions' most recent proposal.  The County informed the Coalition that it was not ready to make a counterproposal at that time, but there were several other business items discussed at the meeting.

You can view the Coalition's update from the meeting here.