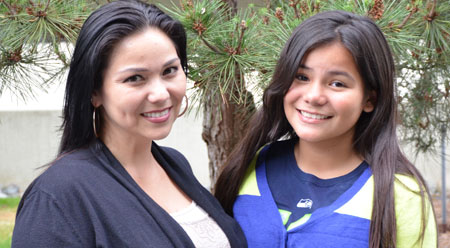 Alejandra Calderon understands that giving a little bit of your time can go a long way.

Growing up, Alejandra benefited from the Proyecto Saber program through her school. This program helps Latino students graduate from high school, and aspires to help them get into college.

Alejandra had been a Proyecto student since elementary school, and knows the impact this program had on her life.  She is determined to move it forward and help today’s students go on to bigger and better things.

She does this by giving the students and the program something they need as much as funding – her time. 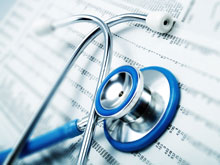 The Protected Fund Reserve is officially at $34.2 million as of the end of 2014, up over $9 million from the original seed of $25 million.

The experts are predicting that the Protected Fund Reserve will be just shy of $38 million at the end of this year, and over $39 million by December 31, 2016 which is the last day of the current JLMIC agreement. We will be negotiating a new agreement for 2017 and beyond next year as part of a total compensation bargaining process.

Through 2016, this means: no premium share, and no changes to the important plan provisions such as co-payments, deductibles and out-of-pocket maximums. 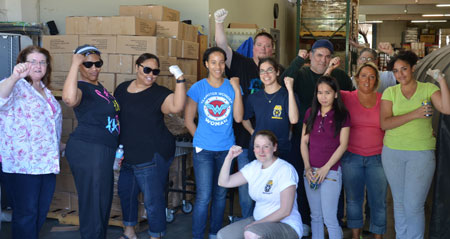 Through volunteer events sponsored by our newly-organized Women’s Caucus, Local 117 Teamsters spent a Saturday in May helping out at the Emergency Food Network’s (EFN) Mother Earth Farm near Puyallup, and then another Saturday in June working at the EFN warehouse in Lakewood.

On the first sunny Saturday in June, Teamsters 117 Women’s Caucus members were giving back!  Thirteen members and their families showed up to support the Emergency Food Network, an organization that assists individuals and families in need in Pierce County.

Our Teamsters 117 volunteer crew at the Emergency Food Network warehouse in Lakewood sorted 16,000 lbs of apples for the organization’s Repack Project, which helps prepare bulk food for distribution to food banks in Pierce County.

I had the chance to interview Freda Cogger, a Local 117 member at Workforce Central in Tacoma, about her experiences at our recent volunteer event on the Emergency Food Network's Mother Earth Farm. The event was organized by our Women's Caucus. 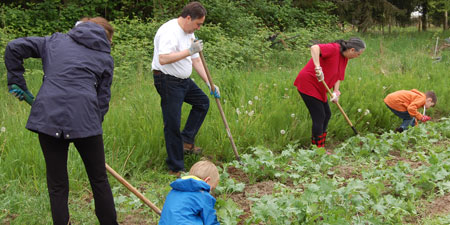 A dozen Teamster volunteers and their kids helped out at the Mother Earth Farm near Puyallup last Saturday.  The Teamster crew spent the afternoon pulling weeds and installing a new irrigation system.

The event, sponsored by our Teamsters Women's Caucus, benefited the Emergency Food Network's farm-to-table program that provides fresh, organic food to individuals and families in need in Pierce County.

The folks that run the farm say that our group was one of the most productive they've seen in a while.

If you missed this past volunteer opportunity, our Women's Caucus will be hosting another event on June 6.

We'll be helping the EFN at its Lakewood warehouse, repacking frozen vegetables.  If you'd like to attend, please contact Andrea Canini at 206-441-4860 or RSVP for the event here.

Since our first meeting in December 2014, the newly formed Women’s Caucus has been working hard to establish short-term goals for the year and the long-term goals of the caucus.

One of the short term goals for this year is to involve Teamster families as we address issues facing women and families.  The Women’s Caucus is taking its first step towards this goal.

This Saturday, May 16, we will sponsor a volunteer event at the Emergency Food Network’s Mother Earth Farm.

The online newsletter for members of Teamsters Local 117 is now available!  In this issue, you'll find information on:

In addition, check out the calendar of upcoming Teamster events.